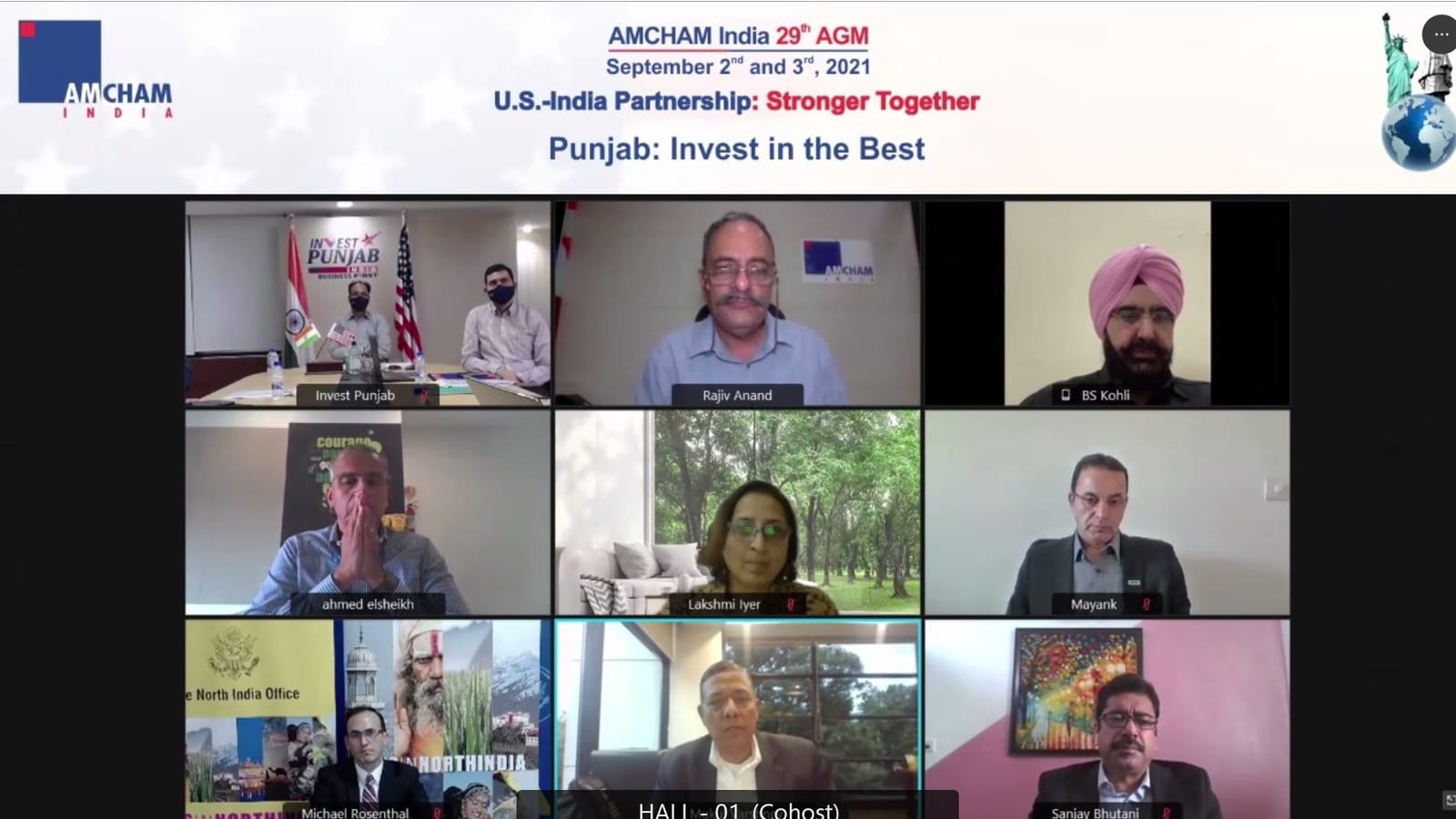 The Punjab government and the American Chamber of Commerce in India (Amcham India) on Saturday signed a memorandum of understanding (MoU) to promote investment in the state as well as further increase the ease of doing business for US member companies. The MoU was signed during the 29th annual general meeting of the Amcham India.

The first-of-its-kind MoU that Amcham India signed with any state will see the formation of a joint working group (JWG), which will include members from Invest Punjab and the American trade body. They will work together to support and develop investment cooperation, as well as for enhancing the ease of doing business in Punjab, India and the US. The MoU was signed by the CEO of Invest Punjab, Rajat Agarwal and the programme director of Amcham India, Wing Commander Rajiv Anand, in the presence of Punjab’s principal secretary, investment promotion, Hussan Lal.

The Invest Punjab CEO Agarwal during the signing said that Punjab served as a launchpad to renowned MNCs who looked to start their India operations. He pointed out that there were opportunities for investment and collaboration with Punjab-based companies in multiple sectors such as agriculture and food processing, technical engineering, textile and pharma. Agarwal was speaking on the investment opportunities in the state for US-based companies across multiple sectors which have complementarities with the US.

He also lauded the Punjab government for bringing in reforms such as Right to Business Act, deemed approvals and the Central Inspection System, among others, which led to reduction in time and cost incurred by businesses. Rajat Agarwal said that the Punjab government designated the US as one of the focus countries for it to promote industrialisation, trade and commerce. Global companies such as Amazon, Walmart, Quark, Cargill, Tyson, John Deere, Gates, Schreiber, Pepsi, Coca Cola, Teleperformance, Compu-Vision Consulting and Netsmartz Infotech are among the 20 firms which chose Punjab as their preferred investment destination.

Invest Punjab or Punjab Bureau of Investment Promotion was set up by the state government in 2013 as a single point of contact for facilitation of investors who are looking to set up a business in Punjab.

The government in a press release said that top management of Pepsico, Google, John Deere, Bausch & Lomb amongst other renowned US companies ‘showed confidence in State’s unmatched growth and inclusive development of all.’ Pepsico president, Ahmed ElSheikh and John Deere’s director of corporate affairs, Mukul Varshney also spoke of their experience of doing business in Punjab during the event.