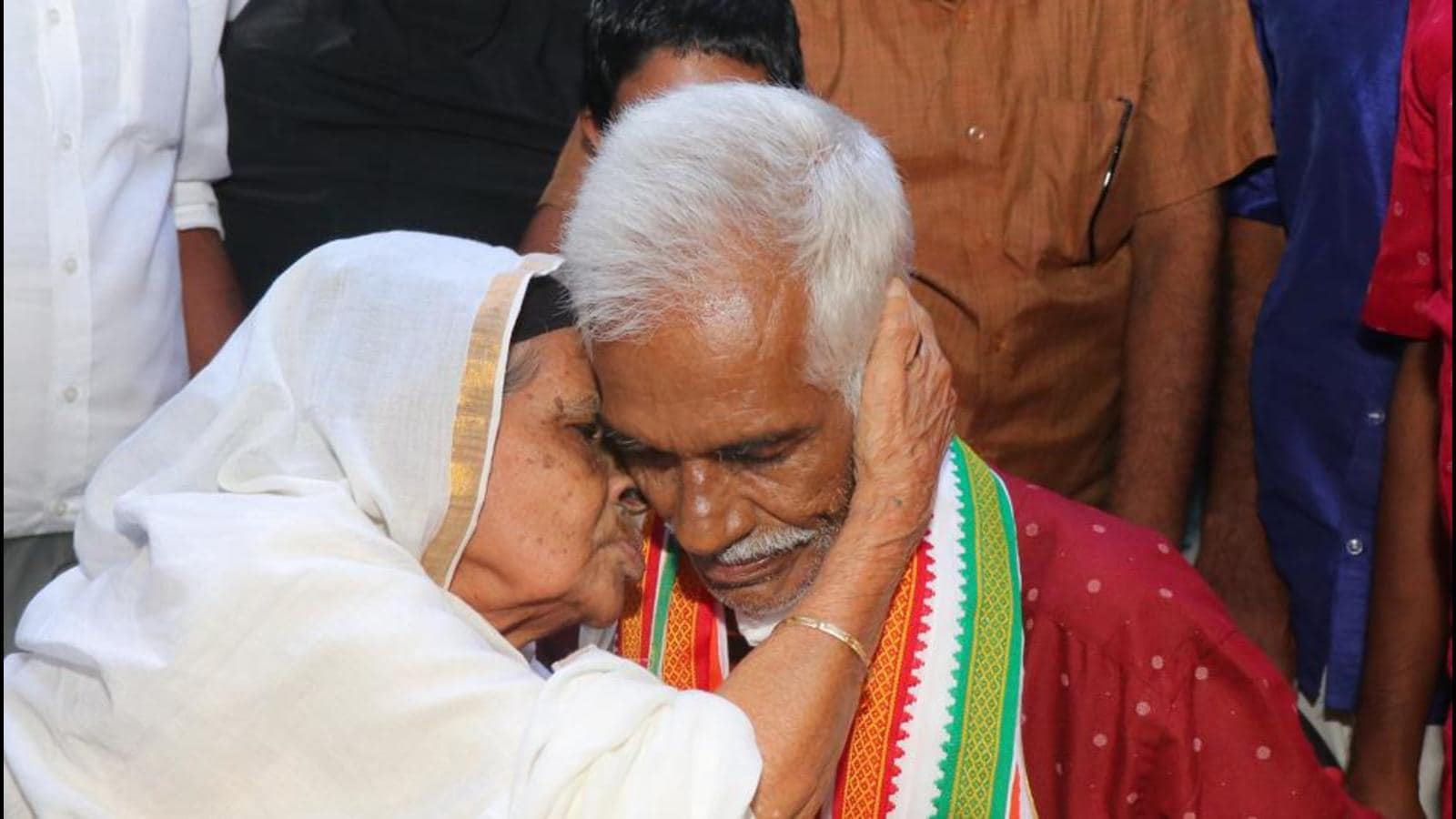 It is a sweet homecoming for Sajjad Thangal (70) who was reported missing for the last 45 years and many of his family members also presumed him dead. When he returned home in Kollam (south Kerala) on Saturday evening, his 91-year-old mother was waiting for him with sweets. Both hugged and cried for a while as they lost words.

Thangal’s life turned upside down in 1976 after the Indian Airlines plane crash in Mumbai which claimed 95 lives including famous south Indian actress Rani Chandra. Quite active in social circles those days, Thangal used to conduct cultural programmes in Gulf countries. Chandra and her troupe were invited to one of such programmes in Abu Dhabi in 1976.

“He was planning to return with the troupe from Abu Dhabi on October 12, 1976. But due to some last-minute hitches with the organising committee he dropped his plan and survived the crash,” said Father KM Philip, founder of Social and Evangelical Association For Love, an NGO in Navi Mumbai which looked after Thangal.

After surviving the crash, Thangal lived in Mumbai for many years. Philip said after the tragedy, in which Thangal lost some of his friends and business associates, he suffered a series of post-trauma bouts. He was moved to the NGO’s shelter home after his mental ailments aggravated.

“Those days insurance was not popular and I lost a good amount of money. I was also scared that police will hound me. Almost everyone thought I was among the dead in the crash. I started living in Mumbai doing odd jobs,” Thangal said.

At the shelter home of the NGO, Thangal was undergoing treatment for mental ailments. Philip said Thangal remained an introvert most of the time and started sharing his story with one of the counsellors after a long time. Later, the NGO started making inquiries and found that his 91-year-old mother Fathima Beevi was alive. Later, both talked over the phone and he was brought to his ancestral home in Sathamkotta on Saturday.

His relatives said after the crash, they checked the passengers’ list repeatedly and failed to find his name. But since there was no information after this, they presumed he was among the dead. Though they made some initial inquires, they also gave up later.

“It is a dream come true for me. I never thought I will be able to meet my kin, especially my mother,” Thangal said. He has two brothers and three sisters. His village was all decked up to receive him and many local leaders also graced the occasion.