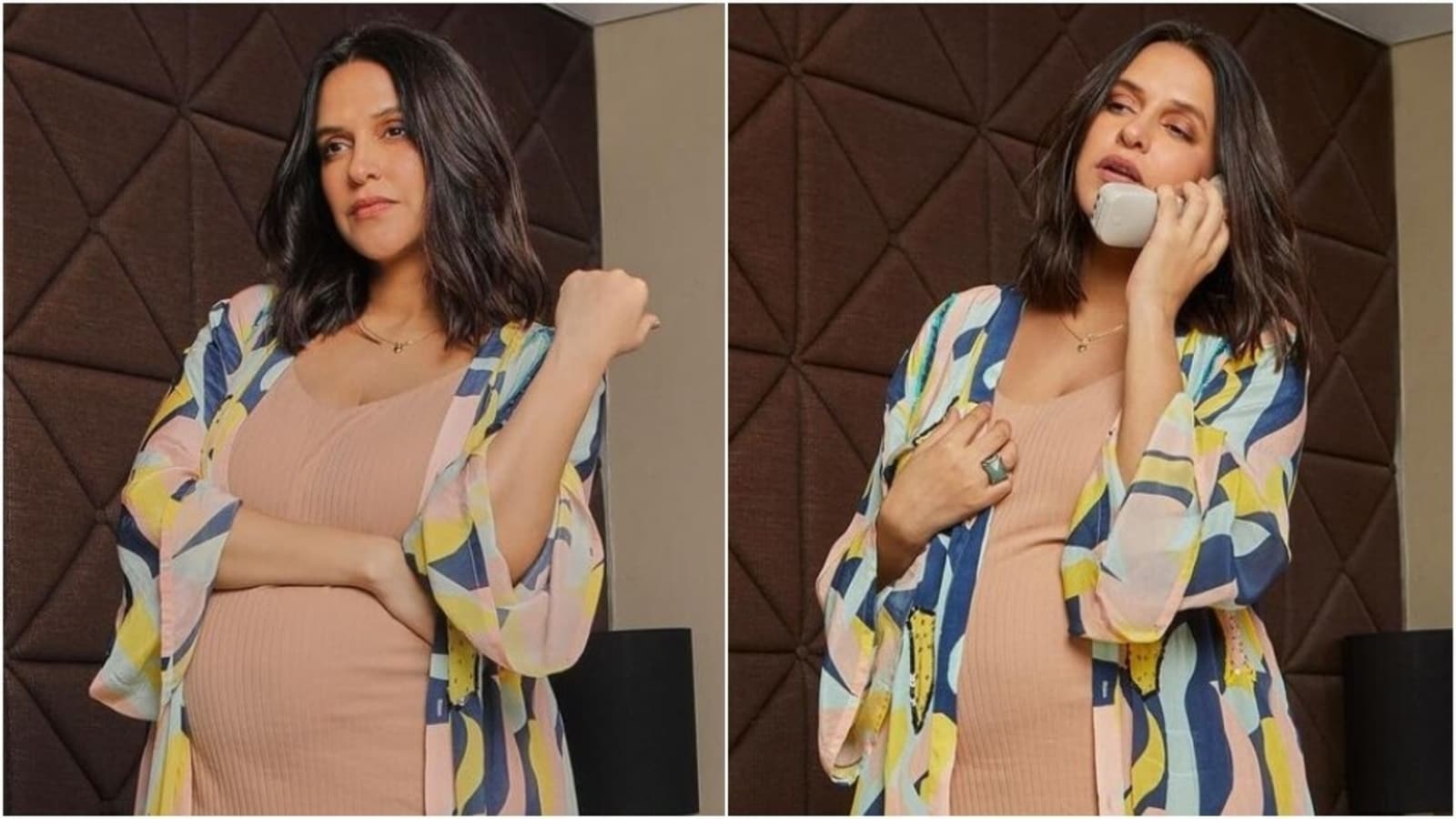 Bollywood actor Neha Dhupia‘s second pregnancy has been as stylish as her first. The star proved that she can nail maternity sartorial choices like no one else when she was pregnant with her first child, Mehr Dhupia Bedi. And now, ever since she announced her second pregnancy with Angad Bedi, we have been wowed time and again with her looks. Her latest photoshoot is also a testament to this statement.

Neha took to Instagram to share several pictures of herself dressed in a chic pregnancy outfit. She posed inside a room while holding a phone in one hand for the shoot. She jokingly captioned the post, “Hello, room service may I please have (several food emoticons).”

The new mommy-to-be chose a simple outfit yet looked absolutely dazzling. If you are a new mom, you should definitely take styling cues from the star. Scroll ahead to see the pictures:

In the photos, Neha wore a calf-length nude pink dress. Her midi featured a ribbed pattern, a plunging neckline and a figure-draping silhouette. Showing off her baby bump, Neha flaunted her pregnancy glow in the attire.

The actor and TV show judge draped a printed shrug over her midi, featuring an open front and a quirky print in blue, yellow, pink, and black shades. The long bell sleeves added a whimsical vibe to it.

Neha rounded off her maternity look with nude coloured strappy pumps and a dainty gold chain. She left her locks open in a middle parting, and for glam, she chose blushed cheeks, beaming highlighter, and sharp contour.

Meanwhile, Neha and Angad recently announced that they are expecting their second child. The couple got married in May 2018 and welcomed daughter Mehr Dhupia Bedi just a few months later.