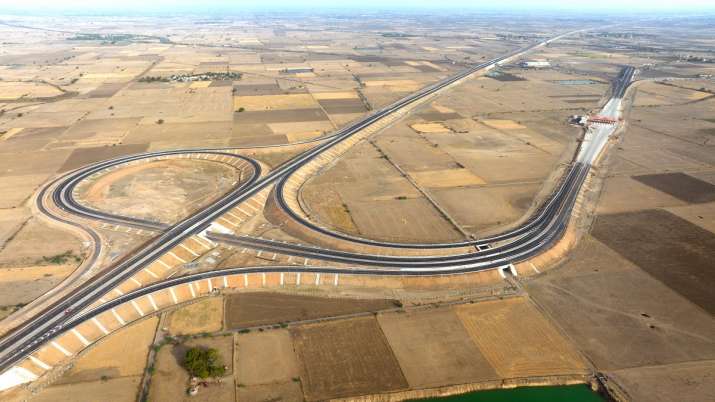 Bundelkhand Expressway news: Prime Minister Narendra Modi will visit Uttar Pradesh on Saturday (July 16) and inaugurate Bundelkhand Expressway. The 296 km four-lane Expressway has been constructed at a cost of around Rs 14,850 crore. The expressway would give a major boost to connectivity and industrial development in the region.

The Modi government has focused greatly on connectivity and infrastructure, officials said. The budgetary allocation of Rs 1.99 lakh crore for the Ministry of Road Transport and Highways in Budget 2022-23 is the highest ever. This is a jump of over 550 per cent when compared to the allocation of about Rs. 30,300 crore in 2013-14.

The foundation stone of the four-lane expressway, which will connect Chitrakoot with the Lucknow-Agra Expressway, was laid by PM Modi on February 29, 2020. The project took around 28 months to complete.

Features and cost of Bundelkhand Expressway:

The 296 km, four-lane expressway has been constructed at a cost of around Rs 14,850 crore, under the aegis of Uttar Pradesh Expressways Industrial Development Authority (UPEIDA), and can later be expanded up to six lanes as well.

Along with improving connectivity in the region, the Bundelkhand Expressway will also give a major boost to economic development. Work on the creation of industrial corridor in Banda and Jalaun districts, next to the Expressway, has already started.

Meanwhile, elaborate arrangements are underway for Prime Minister Narendra Modi’s visit to inaugurate Bundelkhand Expressway under which around five km area of the venue has been taken in the security cordon.

“The government has been committed to enhancing connectivity across the country, a key feature of which has been the work towards improvement in road infrastructure,” an official statement issued said.

Places to be benefited from Bundelkhand expressway:

Extending from National Highway (NH)-35 at Gonda village near Bharatkoop in Chitrakoot district to near Kudrail village in Etawah district, where it merges with the Agra-Lucknow expressway, it passes through seven districts, viz. Chitrakoot, Banda, Mahoba, Hamirpur, Jalaun, Auraiya and Etawah.

An art gallery is also being set up in which the fort of Mahoba, Jagmanpur fort of Jalaun and the defense corridor have been shown. Besides the RAF (Rapid Action Force) and PAC (Provincial Armed Constabulary), policemen have been deployed in the area, he said.

Intensive checking campaign is being conducted in all the hotels and restaurants of Orai, the district headquarter. Bomb disposal squad has also been camped.

To help the beneficiaries of different government schemes reach the public meeting site, roadways buses have been made available at the municipal and nagar panchayat headquarters of the district. Apart from this, buses will also be provided at the development block and village level to take the beneficiaries from the rural areas to the meeting place, the SP said.

Bundeli artistes of Bundelkhand will perform their art at the function.