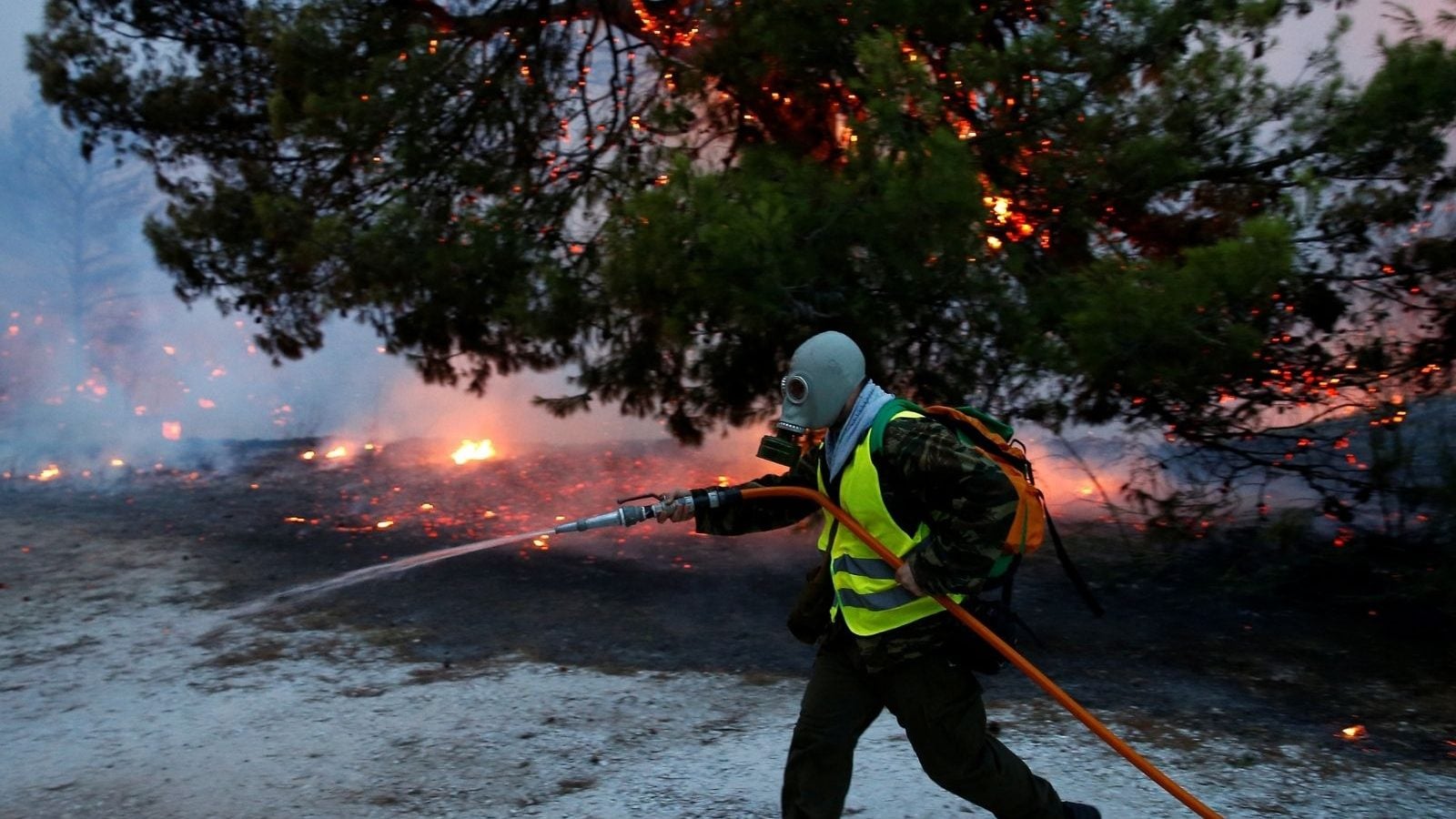 A small plane crashed into a residential area of a California city on Monday, killing at least two people as a blaze devoured two houses and several vehicles.

Aerial footage showed firefighters hosing down the charred remains of the residences in Santee, a suburb of San Diego. A burned out delivery truck was also seen on a nearby street corner.

Fox 5 San Diego reported the plane was a twin-engine Cessna 340, a six-seat aircraft that had departed from Yuma, Arizona an hour earlier.

There was no sign of the plane’s remains from the aerial footage.

Fire official Justin Matsushita said at least two people had died in the incident. “It’s a pretty brutal scene for our guys and we’re trying to comb through it,” he told reporters.

Neighbours spoke of the whine of a falling plane followed by a loud “boom” as it crashed.

Several of them recounted how they had rushed towards the burning buildings, where they had helped people with burns to get out.

One woman said she had seen the body of the delivery driver.

“A delivery truck and a fire hydrant were also struck. It is unknown at this time how many occupants were in the plane. We currently know of two burn victims and possible fatalities.”

The nearby Santana High School tweeted that all of its students were safe. “All Students are Secure. There was a plane crash 2 or 3 blocks away,” the @SantanaSultans account wrote.

Last month two US military pilots were hospitalized after their training jet crashed into the backyard of a residence in a neighborhood near Fort Worth, Texas.