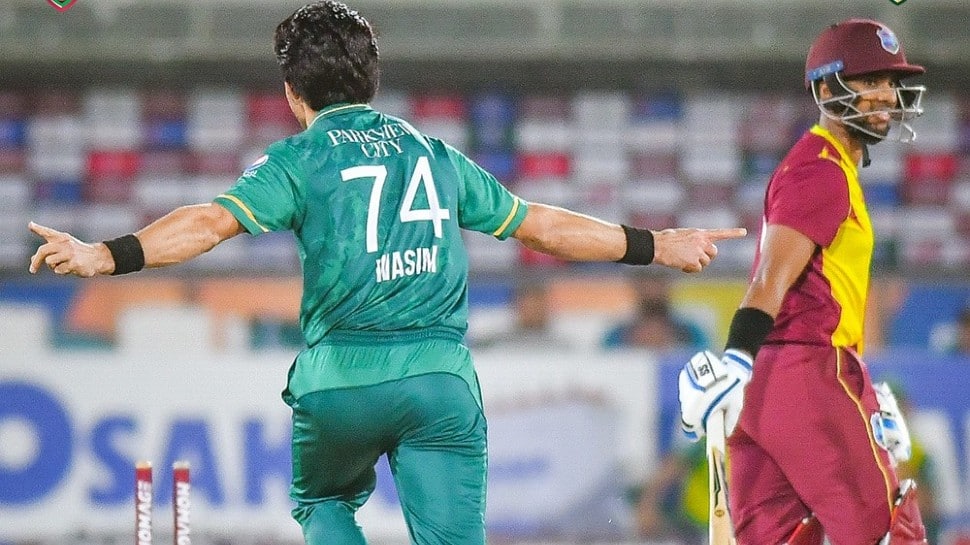 Mohammad Rizwan, Haider Ali, and Mohammad Wasim Jr were the standout performers as Pakistan defeated West Indies by 63 runs in the first T20I of the three-match series here at the National Stadium, Karachi on Monday.

With this win, Pakistan has taken a 1-0 lead in the three-match series, and the next T20I will be played at the same venue on Tuesday.

Chasing 201, West Indies got off to a bad start as Brandon King (1) was dismissed by Mohammad Nawaz in the second over of the innings. Nicholas Pooran also departed after scoring 18 off just 10 balls and West Indies was reduced to 33/2 in the fourth over.

Another feat for an OUTSTANDING team:
Pakistan have beaten their own record (17 wins) set in 2018! #HumTouKhelainGey pic.twitter.com/29aJpUivxl

Mohammad Wasim Jr then scalped his second wicket of the match as he dismissed Devon Thomas (2) and West Indies was staring down the barrel at 40/3 in the sixth over. The visitors kept on losing wickets at regular intervals, and in the end, Pakistan registered a comfortable victory to go 1-0 up in the series.

Earlier, Mohammad Rizwan played a 78-run knock as Pakistan posted a total of 200/6 in the 20 overs. Sent into bat, the hosts got off to a horrendous start as the side lost skipper Babar Azam (0) in the very first over. Fakhar Zaman also failed to leave a mark as he departed off the bowling of Romario Shephard after scoring just 10.

Haider Ali then joined Rizwan in the middle and the duo retrieved the innings for Pakistan. The duo put on 105 runs for the third wicket, which saw both batters crossing their half-century. Windies finally got the much-needed breakthrough in the 16th over as Rizwan (78) was dismissed by Shephard, reducing Pakistan to 140/3.

Haider also went on to play a knock of 68 and in the end, the hosts posted a total of more than the 190-run mark. Mohammad Nawaz also scored a quickfire 30 off just 10 balls.