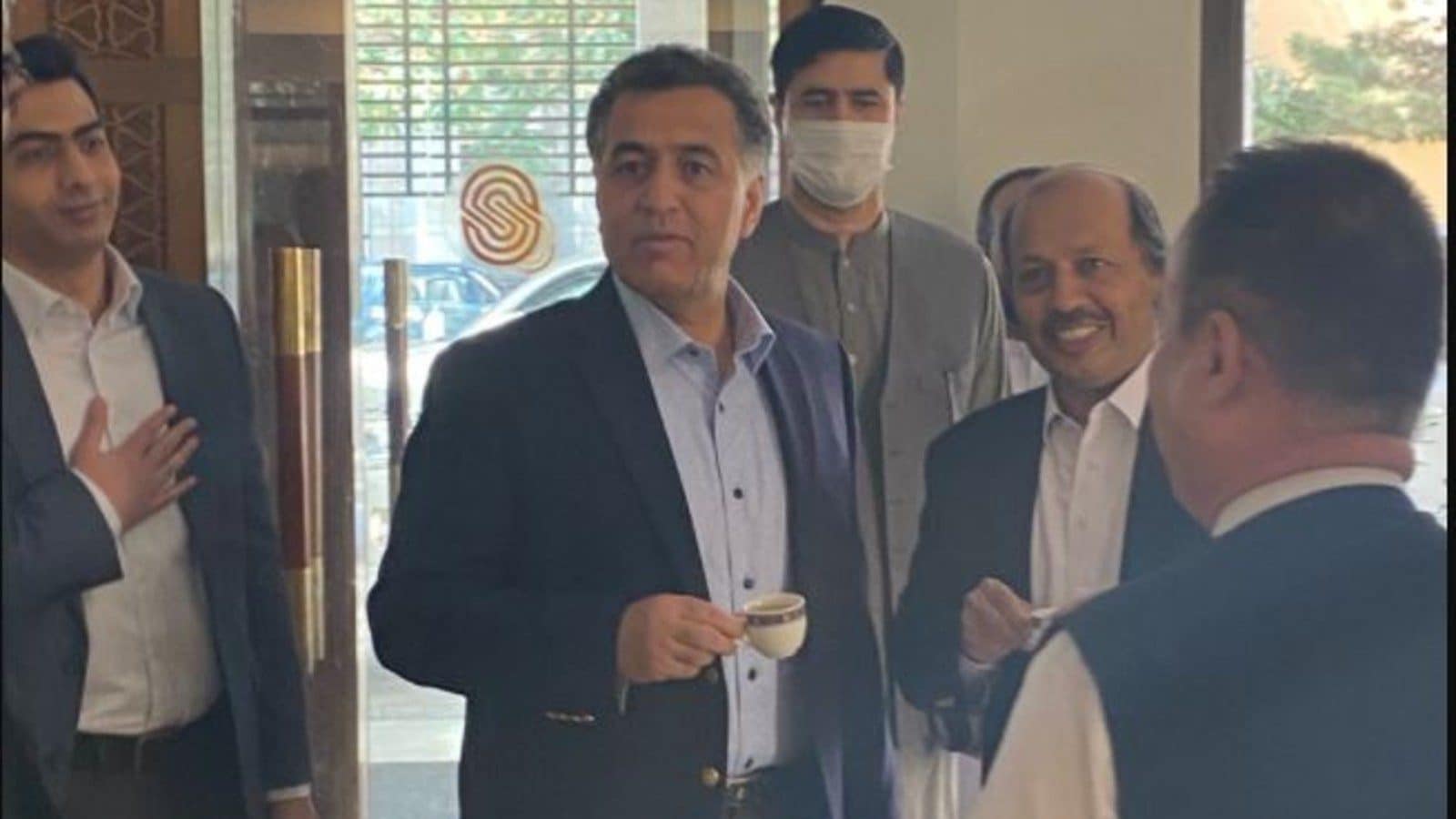 Pakistan ISI Chief Faiz Hameed on Saturday met with the intelligence chiefs of Russia, China, Iran and Tajikistan to brief them about the Taliban government in Afghanistan and the “new changing order” of the world, sources told CNN-News18.

In a meeting hosted by Hameed, he briefed the intelligence representatives of the key countries of the region on the roles of “different players in Kabul”. He also spoke to them about the alleged “role India played with previous Afghanistani governments in promoting terrorism”, the sources said.

Pakistan has been keen to become a key player in the new regime of Afghanistan. Hameed had earlier visited Kabul over the government formation, and is said to have briefed the officials of this visit, as well.

Pakistan also wants to control Afghanistan’s economy after the country gained entry into the Afghan army as well as intelligence. On Thursday, Pakistan announced its economic plans for Afghanistan and has decided to conduct bilateral trade with the Taliban in Pakistani rupees.

Earlier, the Taliban bilateral trade between Pakistan and Afghanistan was in US dollar, and the Afghan currency was powerful. Through this move, Pakistan’s currency will have a hold over Afghan traders and the business community.

However, CNN-News18 has reported that a rift between Taliban and Pakistan is indicated according to a fresh audio that has gone viral. In the audio, that went viral on Facebook on Friday, a Taliban Commander could be heard talking to other Commanders alleging that Pakistan has spoiled their reputation internationally.

The rift between the Taliban and the Pakistan is considered to be on the recent cabinet formation in Afghanistan where the ISI chief proposed names from Haqqani and Quetta shura. The Taliban commander is heard saying that Faiz Hameed, the Punjabi General has created major problem for them.

The hardline Islamists retook power on August 15, after a lightning offensive that capitalised on the chaotic last weeks of the 20-year US-led occupation that followed the 2001 attacks. While speculation was rife that the Taliban may use the September 11 anniversary to swear in their new government, but the day unfolded without formal recognition.

According to a report by Reuters, Russia had said on Friday it would not take part in any way in the Taliban government’s inauguration ceremony. Meanwhile, China has been keen to play a part in the new Afghan regime. Ahead of the Taliban takeover of Afghanistan, China had hosted top Taliban leaders led by Mullah Abdul Ghani Baradar, the group’s chief negotiator. China’s Foreign Minister Wang Yi had said during the Taliban delegation’s July visit to Tianjin that the “Taliban are a pivotal military and political force in Afghanistan”.

What Pak, China Have to Gain

Pakistan and China have both geopolitical and economic gains from playing their hands in the new Afghan regime. Reports state how Pakistan-based terrorist organisations Jaish-e-Mohammad and Lashkar-e-Taiba have increased attempts to push recruits into Jammu and Kashmir, taking advantage of a shift in international focus on Afghanistan and a buzz over “victories” of Islamist forces. Also, terror launchpads near the border have reopened, and infiltration has increased, with agencies warning that this could indicate an attempt by Pakistan to exploit Afghanistan’s advancements.

As soon as the Taliban seized control of Afghanistan in the third week of August, the leader of Pakistan’s Jaish-e-Mohammed, Maulana Masood Azhar, went to Kandahar to ask for cooperation in fomenting terrorism in Jammu and Kashmir, India Today had reported, quoting sources.

The Taliban’s survival will be heavily reliant on China’s economic and political support. Pakistan is in a major economic crisis and will be unable to assist with Afghan reconstruction. Western governments will be hesitant to grant unconditional development support. In exchange for access to Afghan mineral riches, China, on the other side, can invest significant economic resources.

Furthermore, China has made significant investments in Pakistan and Central Asian Republics under the auspices of the BRI. Relations between China and Iran are also improving. Overall, China has economic clout with all of Afghanistan’s neighbours. As a result, China can persuade Afghanistan’s neighbours to work with the Taliban leadership. A scenario like this will also help China solidify its economic position in Asia’s heartland and beyond, the Economic Times reports.

Share
Facebook
Twitter
WhatsApp
Previous articleHow these artists honed their creative edge, particularly during pandemic times
Next articleKriti Sanon’s off duty look is all about keeping it pretty in pink with matching braids: Yay or Nay?
RELATED ARTICLES
International