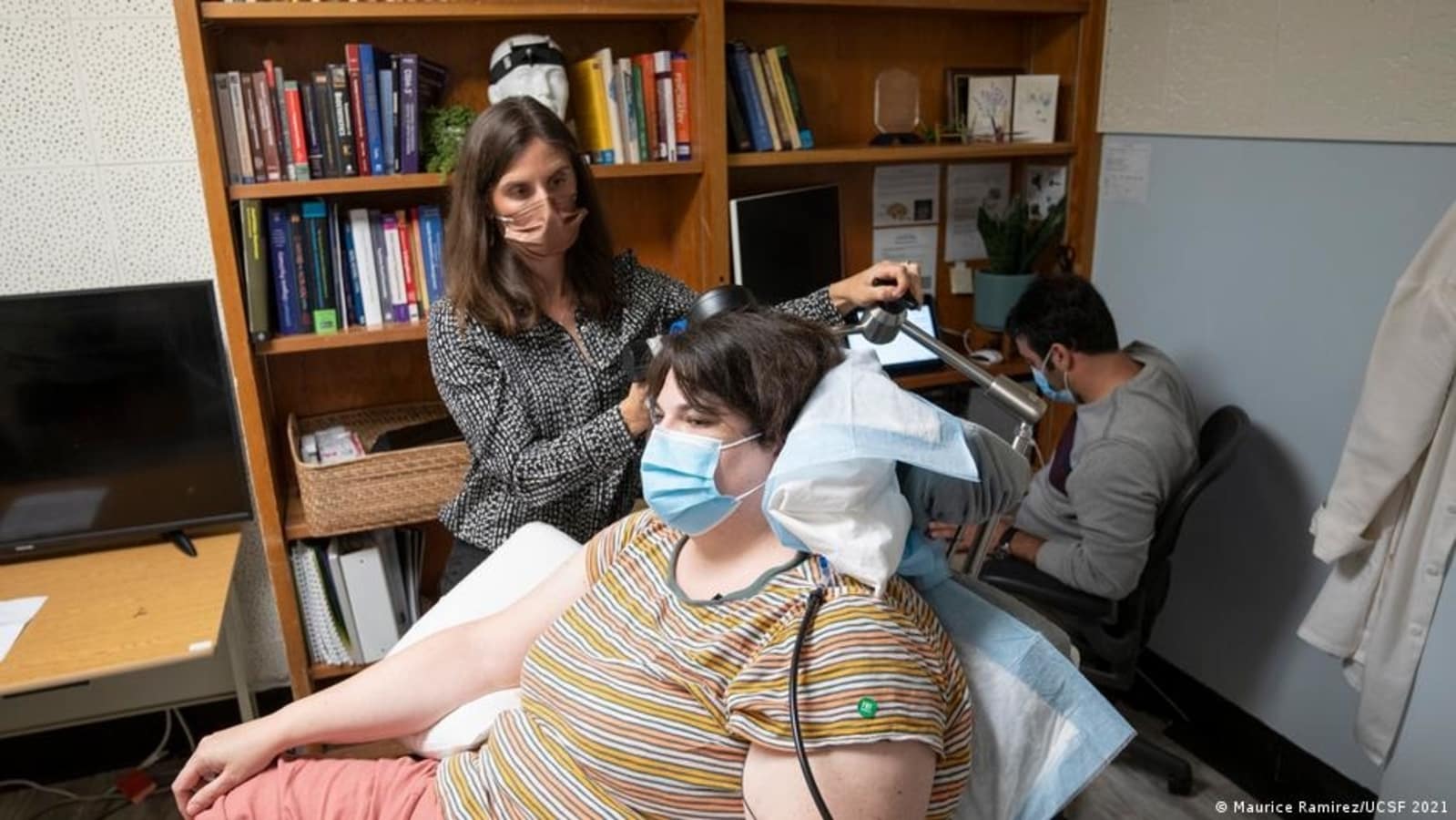 For years, severe depression caused Sarah to consider ending her life. She’d tried 20 different medications, spent months in hospital, had electric shocks sent to her brain and had her nerves stimulated with magnetic fields. Still, her depression symptoms persisted.

“I was at the end of the line,” the 38-year-old from Northern California said.

Five years ago, Sarah’s depression became so severe that it was no longer safe for her to live alone. She moved back in with her parents and quit her job.

Depression affects 300 million people worldwiden, according to the World Health Organization. Many people with suicidal thoughts do recover with the right support and treatment. But Sarah, who does not want her last name to be published, was in the 20-30 per cent of people who get no relief from standard treatments.

“I could not see myself continuing if this was all I’d be able to do, if I could never move beyond this. It was not a life worth living,” she said.

Then, in June 2020, she became the first patient in an experimental study. A team of scientists at the University of California San Francisco implanted a cigarette-box-sized device in her skull. It detects Sarah’s oncoming depression symptoms and reacts by sending electrical stimulation to her brain to alleviate them right away — sort of like a pacemaker for the brain.

The device changed how Sarah saw the world.

“I just remember coming home one of the first times the device was on. I could see the bay and where it met the marshes, and I remember being, god — like, the color differentiation. It’s gorgeous — the light,” she told CNN. In the depths of her depression, Sarah could only see the ugly in her surroundings.

Twelve days after the device had been installed, Sarah’s score on a depression scale dropped from 33 to 14. A few months later, it fell to below 10, indicating that she was in remission, according to the researchers.

“The technique is unbelievable as a scientific engineering effort. It shows what’s possible with what we’ve learned from neuroscience,” Helen Mayberg, a neurologist and the director of the Center for Advanced Circuit Therapeutics at the Icahn School of Medicine in New York City, told DW.

Not all depression is the same

The method used to treat Sarah’s depression is called deep brain stimulation. Itinvolves sending constant electrical impulses to one area of the brain. The treatment has been around for 30 years and is used to treat illnesses like Parkinson’s, Obsessive Compulsive Disorder and epilepsy.

Less than 20 years ago, researchers started testing it as a treatment for severe depression, but previous clinical trials had shown only limited success. Two US-based trials had to be stopped early because the devices did not produce better outcomes than placebos among patients.

“Unfortunately, the evidence we have on deep brains stimulation as a treatment for depression is actually still scarce,” Jens Kuhn, a psychiatrist at the Johanniter Hospital in the German city of Oberhausen, told DW.

A big challenge in treating depression through deep brain stimulation is that it may involve different areas of the brain depending on the person.

What’s unique and promising about this case study is that the treatment is personalized to Sarah’s depression brain pattern. Katherine Scangos, a psychiatrist and first author of the study, told reporters: “We haven’t been able to do this the kind of personalized therapy previously in psychiatry.”

To tailor the device to Sarah’s depression symptoms, the researchers conducted a 10-day exploration of her brain: They placed electrodes in different locations, stimulated them and asked about changes in Sarah’s feelings.

Sarah told the New York Times that at one point during the procedure she laughed and smiled for the first time in five years.

But stimulating a different area of her brain gave her the unpleasant sensation some people feel when they hear nails scraping on a chalkboard.

At the end of the exploration, researchers were able to create a map of the patterns involved in Sarah’s depression.

“The researchers figured out where in the patient’s brain the problem is located,” Coenen told DW.

The group of scientists detected that the amygdala, a small site in the brain responsible for negative emotions like fear and anger, predicted Sarah’s worst depression symptoms. On the other hand, stimulating the ventral striatum, which is involved with emotion, motivation, and reward, eliminated Sarah’s feelings of depression.

These findings provided the team of researchers with the necessary tools to create a cycle that delivers on-demand, immediate therapy.

Connecting the dots, they placed two electrodes in both regions: one to detect the start of a depression cycle and the other to emit stimuli to counteract the symptoms.

“This meticulous method of measuring, stimulating, measuring and stimulating — that’s the distinctive feature of this case study,” Coenen says.

With the combination of the device and therapy, Sarah’s emotional triggers and irrational thoughts no longer get the better of her. “Those thoughts still come up, but it’s just…poof…the cycle stops,” said Sarah.

A risky and expensive cure

The pocket-sized device has had a huge impact on Sarah’s life, but the intrusiveness of the method also means it is risky. Placing electrodes in a patient’s brain could cause bleeding, which can lead to death in severe cases.

Stimulating the ventral striatum, the area of the brain linked to euphoria, is also risky. “It’s an area that has the potential to be addictive,” says Mayberg, who also wonders if the patient might build up a tolerance to the stimulation over time.

Another question on researchers’ minds is whether the device can help people other than Sarah. The success of the method lies in its complexity and scientific ingenuity. These same feats are also its biggest problem going forward.

“The logistics of this are really, really complicated,” says Mayberg.

The device would have to be personalized for each patient. That means tens of thousands of dollars in costs, specialized equipment and week-long hospital stays — a luxury many health systems can’t afford. “It’s not scalable in that form,” said Mayberg.

Despite the drawbacks, the insights from the study could still benefit hundreds of patients in the future.

“The idea that we can treat symptoms in the moment, as they arise, is a whole new way of addressing the most difficult-to-treat cases of depression,” said Scangos.