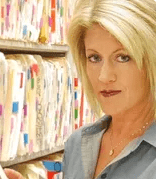 What started as compassion has allowed chronic drug abusers to continue or increase use with no penalty. It is taking us farther away from the goal of helping our fellow citizens improve their lives.”

SALEM, OR, UNITED STATES, April 8, 2022 /EINPresswire.com/ — Dr. Bud Pierce, Republican candidate for Oregon Governor, spoke out today about the disappointing results of Measure 110 and its adverse effects on the community.

Dr. Pierce said, “Measure 110 failed to do what it promised Oregonians. We need to make a change. What started as compassion has allowed chronic drug abusers to continue or increase use with no penalty. It is taking us farther away from the goal of helping our fellow citizens improve their lives and health and make positive contributions to society. This must be repealed.”

In Nov. 2020, Oregon became the first state to try and reduce the jail time for those convicted of drug possession, specifically methamphetamine and heroin. Those cited were just given a maximum $100 fine. Agreeing to enter treatment could have the citation waived. A recent article from OPB reports that millions have been spent on the program. However, since the measure has been in place, less than 1% of those cited for drug possession took advantage of treatment. Almost half of those who got citations failed to show up in court.

-There have been 2,089 cases with Class E violations issued statewide as of February.

-Of those convicted, 948 failed to appear, meaning the vast majority never even showed up to court (or called the number to seek “services”).

-Only 19 people STATEWIDE got connected to some form of treatment when they called the number.

Clarkson said, “Ballot Measure 110 did not do what was promised to voters. The abysmal numbers are clear. Decriminalization has not opened doors to recovery but instead ignores accountability as a powerful motivator for people to get clean as well as removes law enforcement as a valuable partner in the fight against addiction. This is not compassion. It is a failed experiment that risks lives, ruins families, and makes our communities less safe.”

Dr. Pierce stated that Oregon’s policies have not discouraged but enabled drug use. “Drug cartels, human traffickers, human smugglers, people that devastate, destroy lives, and corrupt our legal system are now bringing in more and more drugs to make more and more people suffer, and their process of bringing in the drugs makes people suffer,” he said.

Bud Pierce, M.D, Ph.D. is a Republican candidate for Oregon governor. He is a business owner and senior partner of Oregon Oncology Specialists, one of the last physician-owned practices on the West Coast. Approved photos and biography can be found at www.Budpierce.org. To arrange an interview with Dr. Pierce, email news@budpierce.org.