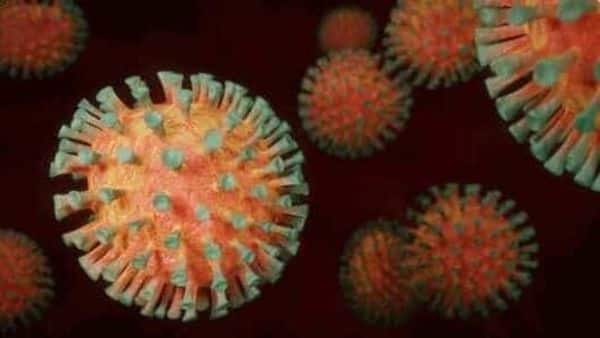 In the UK, the government tightened travel restrictions further after health authorities said they think people newly infected with the Omicron variant can start spreading it more quickly than other variants. Incoming travelers from anywhere will need a negative test to enter the country starting Tuesday.

Together, the findings add to a growing but still incomplete picture of the Omicron variant, which has triggered border closures world-wide in the run-up to Christmas and sparked new anxiety over how soon the world will be able to put the pandemic behind it.

The picture emerging from South Africa, the focus of the Omicron outbreak, is that the variant is likely more contagious than previous versions of the virus and may be able to more easily sidestep the immunity conferred by prior infection. It displays dozens of mutations, some linked to faster spread and some whose properties are entirely unknown.

The World Health Organization has designated Omicron a “variant of concern,” warranting much greater surveillance by national authorities. South Africa reported 16,366 new cases Saturday, compared with around 100 a day at the beginning of November.

What is less clear, scientists say, is how well vaccines protect against infection and severe illness with Omicron and if the variant is similar to earlier variants in the severity of the illness it tends to cause. Scientists are working to answer those questions in dozens of studies under way world-wide.

In a report published by the South African Medical Research Council, doctors at a hospital complex in Tshwane at the center of the Omicron outbreak in South Africa’s Gauteng province said that of 42 people being treated for Covid-19 on Dec. 2, 70% didn’t need oxygen to breathe normally and of those that did, nine were suffering from Covid-19 induced pneumonia and the remaining four were on supplemental oxygen for underlying conditions unrelated to Covid-19.

“This is a picture that has not been seen in previous waves,” said Fareed Abdullah, director of the Office of AIDS and TB Research at the South African Medical Research Council, and the lead author of the report. Throughout previous waves in South Africa most of those in the hospital needed oxygen, he said.

An accompanying analysis of 166 Covid-19 patients admitted to the same hospital group between Nov. 14 and Nov. 29 found the majority were under the age of 50 and unvaccinated, and most of them were admitted for reasons other than Covid-19. Their average stay in the Covid ward after diagnosis was 2.5 days, compared with an average patient stay of 8.5 days during the previous 18 months of admissions.

Ten deaths were recorded during the period, or 6.6% of those in the analysis. Five were in adults over 60 and four were people aged between 26 and 36. One child died but that was unrelated to Covid-19.

The report said that, overall, the relatively low number of severe cases and deaths from Covid-19 “constitutes a very different picture compared to the beginning of previous waves,” though it said it would take more time to fully answer questions around the severity of illness Omicron tends to cause. The hospital hasn’t confirmed with genetic analysis that every recent case is Omicron, but national authorities say almost all of those detected in the province are due to the new variant.

The outbreak is new, so it is possible that over time as the variant spreads the traditional pattern of severe sickness in those more vulnerable will reassert itself, the report said. In common with much of Africa, South Africa’s population is younger than those in Europe and North America. The average age in South Africa is 28, according to the United Nations, a decade younger than the U.S.

“Overall the disease has appeared to be milder, but these are very early days,” Willem Hanekom, director of the Africa Health Research Institute and co-chair of a consortium investigating variants in South Africa, said in an interview Sunday with the British Broadcasting Corp.

Cases of Omicron have been detected in the U.S., and public-health officials are scanning wastewater and scrutinizing test results for telltale signs of the variant’s spread.

Dutch health authorities said Saturday that the Omicron variant was detected in 18 of 61 passengers on two flights from South Africa who tested positive for Covid-19 on arrival in Amsterdam on Nov. 26.

The passengers with Omicron have either mild symptoms or nearly none at all, and some would be released from quarantine, the Dutch health ministry said.

The U.K. Health Security Agency said Saturday that 160 cases of Omicron have been detected in Britain. An analysis of a subset of 22 of those cases in England found none was hospitalized, though scientists cautioned it is too early to draw any conclusions from that finding. Twelve were fully vaccinated, though again scientists said it isn’t possible to say if that is significant given the low numbers and because most people in the U.K. are vaccinated.

The U.K. government said on Saturday that it was adding Nigeria to a list of countries that travelers are banned from entering the country from after discovering Omicron cases linked to recent arrivals. It also said that starting Tuesday anyone arriving in the U.K. from overseas will need proof of a negative Covid-19 test, either a standard PCR test or speedier rapid antigen test, taken no earlier than 48 hours before traveling.

The U.K. Department of Health and Social Care said analysis indicates that the window between infection and infectiousness may be shorter for the Omicron variant, which increases the efficacy of pre-departure testing as it is more likely to identify positive cases before travel.