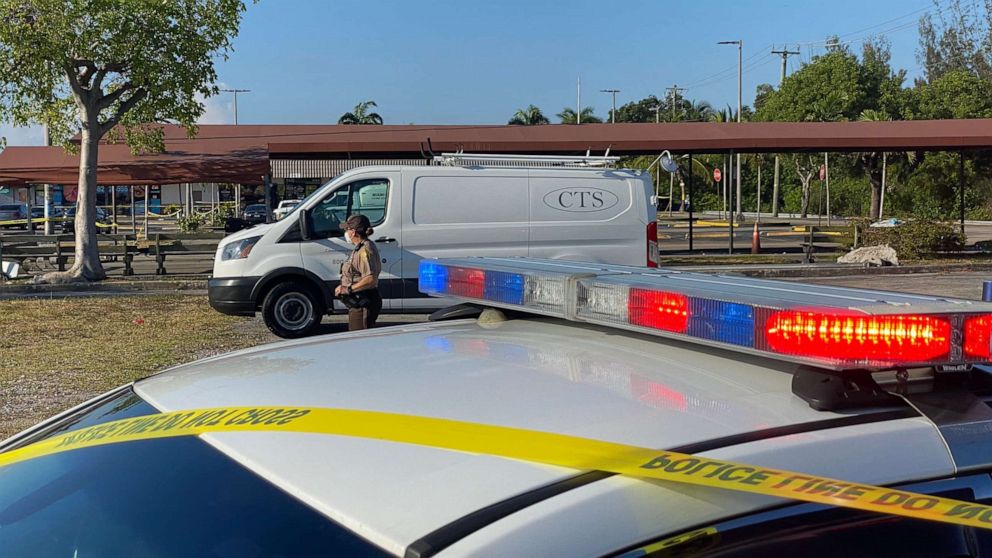 Three people are dead, including a police officer and the alleged suspect, following a shooting in Arvada, Colorado, on Monday afternoon, according to the Arvada Police Department.

Police said a 911 call about suspicious activity was placed around 1:15 p.m. local time Monday. By 1:30 p.m., police received 911 calls about gunfire and an officer hit, police said at a press conference Monday night.

An officer was struck by gunfire when he confronted the alleged suspect just before 2 p.m., law enforcement sources tell ABC News. It’s unclear what caused the confrontation at this time, the sources said.

Late Monday night authorities identified Officer Gordon Beesley as the deceased police officer. Beesley was a 19-year veteran with the department and was a school resource officer at a local middle school. During the summer, he worked patrol while school was out.

Another person, who police described as a “Samaritan,” was shot and killed.

There are no other reports of injuries, and no names have been released.

Arjun Kapoor on old equation with Janhvi Kapoor: ‘Would meet, but there was no communication worth quantifying’ | Bollywood

Gut Punch; Simone Biles is Out of USA Gymnastics Olympics Team Competition Due to Injury