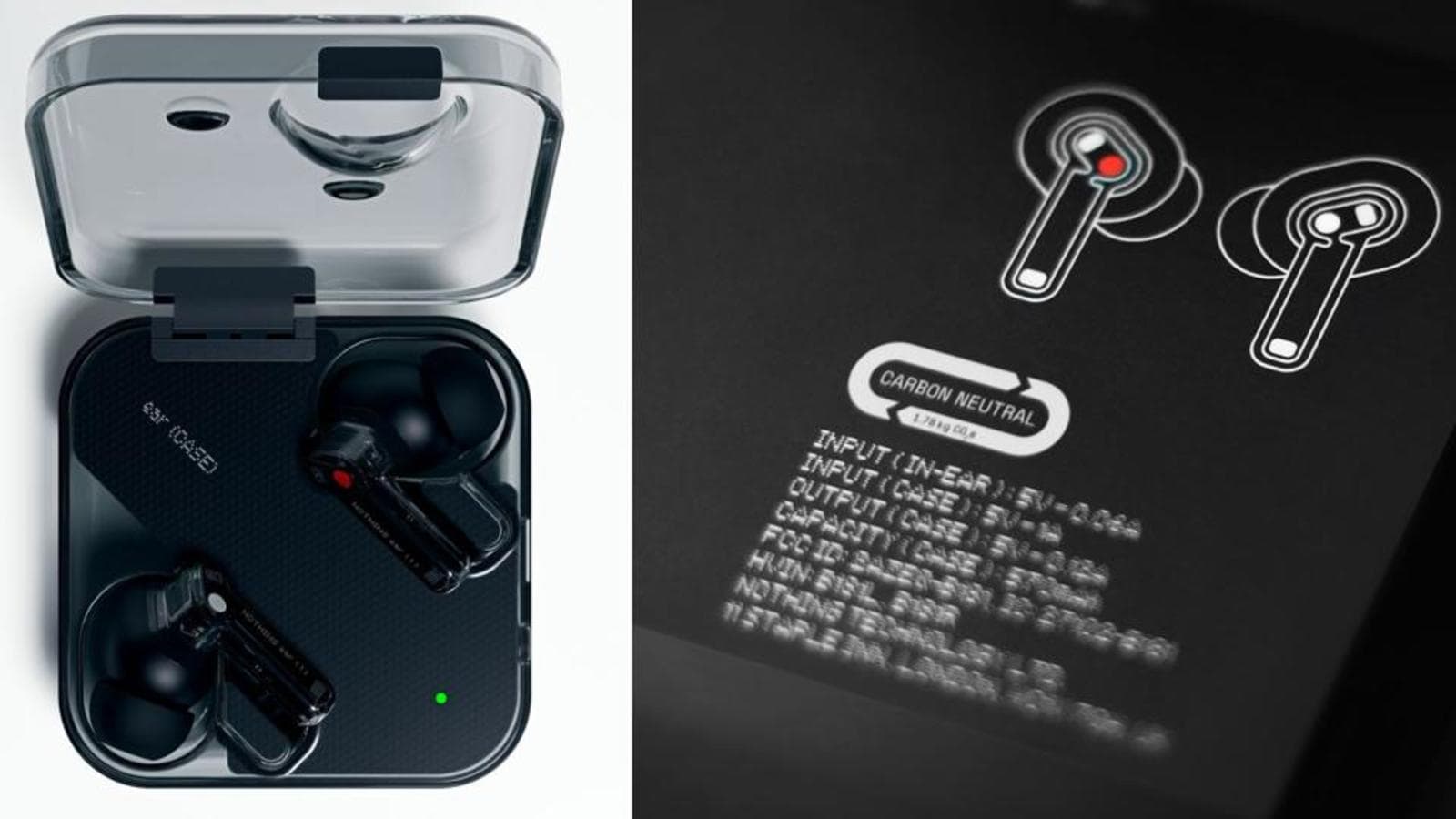 Nothing, the London-based tech company has launched new Nothing ear (1) black edition wireless earbuds. But there’s more than just a new colourway for their popular wireless earbuds. Nothing said the ear (1) product line is carbon neutral, and that they’ll start accepting payments in popular cryptocurrencies in some countries, starting later this month.

The Nothing ear (1) black edition wireless earbuds will go on sale on Flipkart in India for the first time on 13 December. The Nothing ear (1) black edition is priced at ₹6,999 and that’s the same price as the white (and transparent finish added in for good measure) variant that’s already on sale. The company confirmed that they have shipped 2,20,000 units of the ear (1) till now— these went on sale in August this year.

The Nothing ear (1) black edition wireless earbuds retain the transparent finish on a part of the charging case, but the rest of it is now what they call a “smoky” finish. The earbuds themselves will have a matte black finish. The innards of these wireless earbuds remain the same as the white and transparent sibling— that’s an 11.6mm audio driver in each ear, active noise cancellation, wireless charging case, a design that has the IPX4 water and sweat resistance as well as compatibility with Android devices and the Apple iPhone and iPad.

The company is taking the environment seriously.

“Our newly carbon neutral ear (1) is the first step in our journey to sustainability. We hope this black edition raises a few more eyebrows in the months to come and that more tech brands add carbon transparency labelling to their products,” said Carl Pei, CEO and Co-founder of Nothing. The carbon neutrality details will be mentioned on the product packaging.

The claimed footprint of the Nothing ear (1) wireless earbuds is now 1.78kg, which the company hopes will be of interest to those who are sensitive about the environment. The carbon neutrality, Nothing claimed, has been assessed by third-parties including the Geneva-based SGS Group.

India, however, will not see the rollout of cryptocurrency as a payment option for the moment.