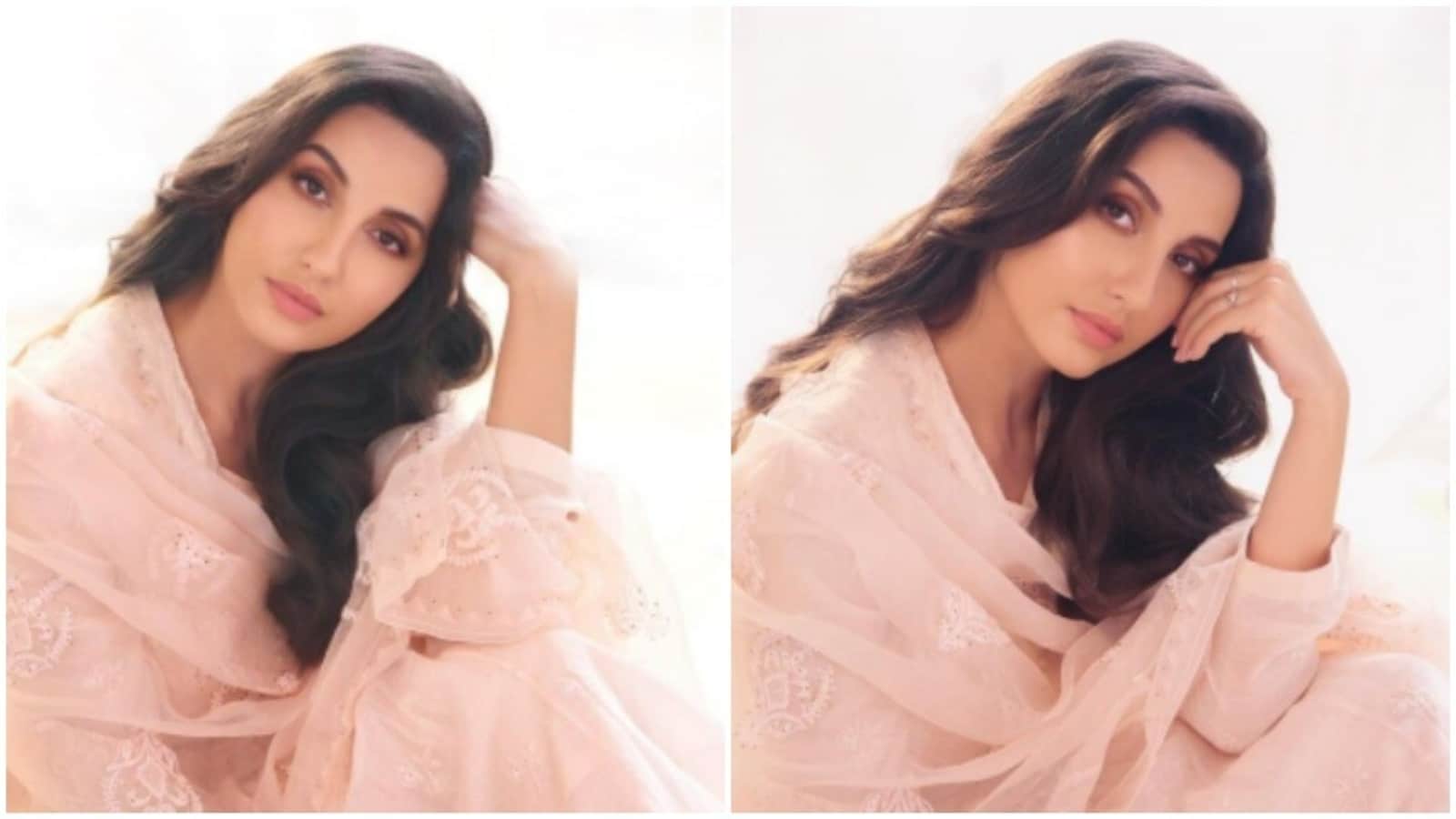 Nora Fatehi is busy making her Instagram family drool. The actor, when not playing characters or the big screen, is often spotted in snippets of her fashion photoshoots which are drool-worthy. The actor can carry both traditional and casual attires with equal fervour and sass.

The actor keeps sharing sneak peeks from her fashion photoshoots and they make her look too stunning. On Monday, Nora drove our blues away with a set of stunning pictures which are making us scurry to take notes on how to ace traditional fashion like her.

ALSO READ: Nora Fatehi is the epitome of elegance in this intricately embroidered Kurta

In the pictures, Nora can be seen dressed in a traditional ensemble and posing for the cameras. The rose-pink kurta set is embroidered intricately in white and makes her look right out of a dream. Take a look at her pictures here:

Nora opted for minimal makeup to go with the attire. Styled by makeup artists Marce Pedrozo and Reshmaa Merchant, Nora opted for a nude eyeshadow, a dash of soft pink lipstick, mascara-laden eyelashes, drawn eyebrows and contoured cheeks. Styled by fashion stylists Maneka Hari Singhani and Chintan Shah, the actor chose to leave her long tresses open in wavy curls around her shoulders.

Nora accessorised her look for the fashion photoshoot in minimal jewellery from the house of Abhilasha Pret Jewellery. The jewellery designer house is known for their work in tribal and vintage silver and Victorian ornaments. Nora opted for rings and a silver bracelet to complete her look.

Needless to say, Nora looks like the epitome of elegance in the pictures.