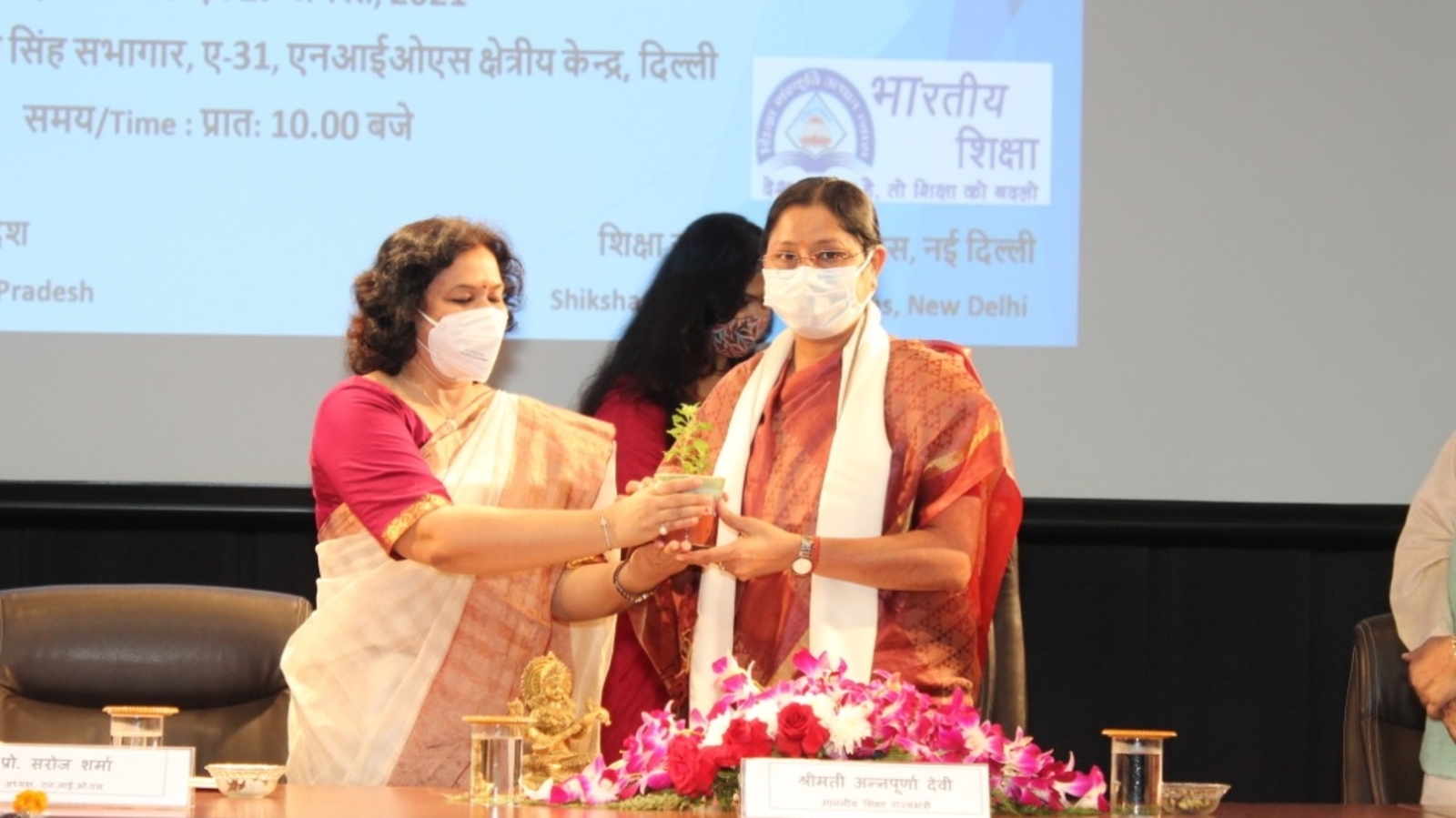 NIOS national level workshop was conducted on August 26 and August 27, 2021. The workshop on NEP 2020 focused on teacher education.

The workshop was inaugurated by State Education Minister, Annpurna Devi. The event was chaied by Atul Bhai Kothari, Secretary Shiksha Sanskrit Utthan Nyas and M.C. Pant, Chancellor National Institute of Educational Planning and Administration was the guest of honour, as per the official release.

The workshop was conducted on August 26 and August 27, 2021 at Kalyan Singh Auditorium, NIOS Regional Centre (Delhi). The event was attended by Saroj Sharma, Chairperson, NIOS and many educationist from all over India and all the Head of the Departments, officials of NIOS from Academic and vocational Department.

According to the press release, the State Education Minister, Annpurna Devi congratulated the Institute for this two day workshop and also appreciated the initiatives taken by NIOS. She was deeply impressed by the work of NIOS in the field of Indian knowledge and tradition and congratulated NIOS on the introduction of Indian Sign Language as a language subject and also the recent inauguration of Virtual Open School of NIOS.

In addition, the Minister also congratulated NIOS for receiving the UNESCO Literary Award 2020 for Inclusive Education.