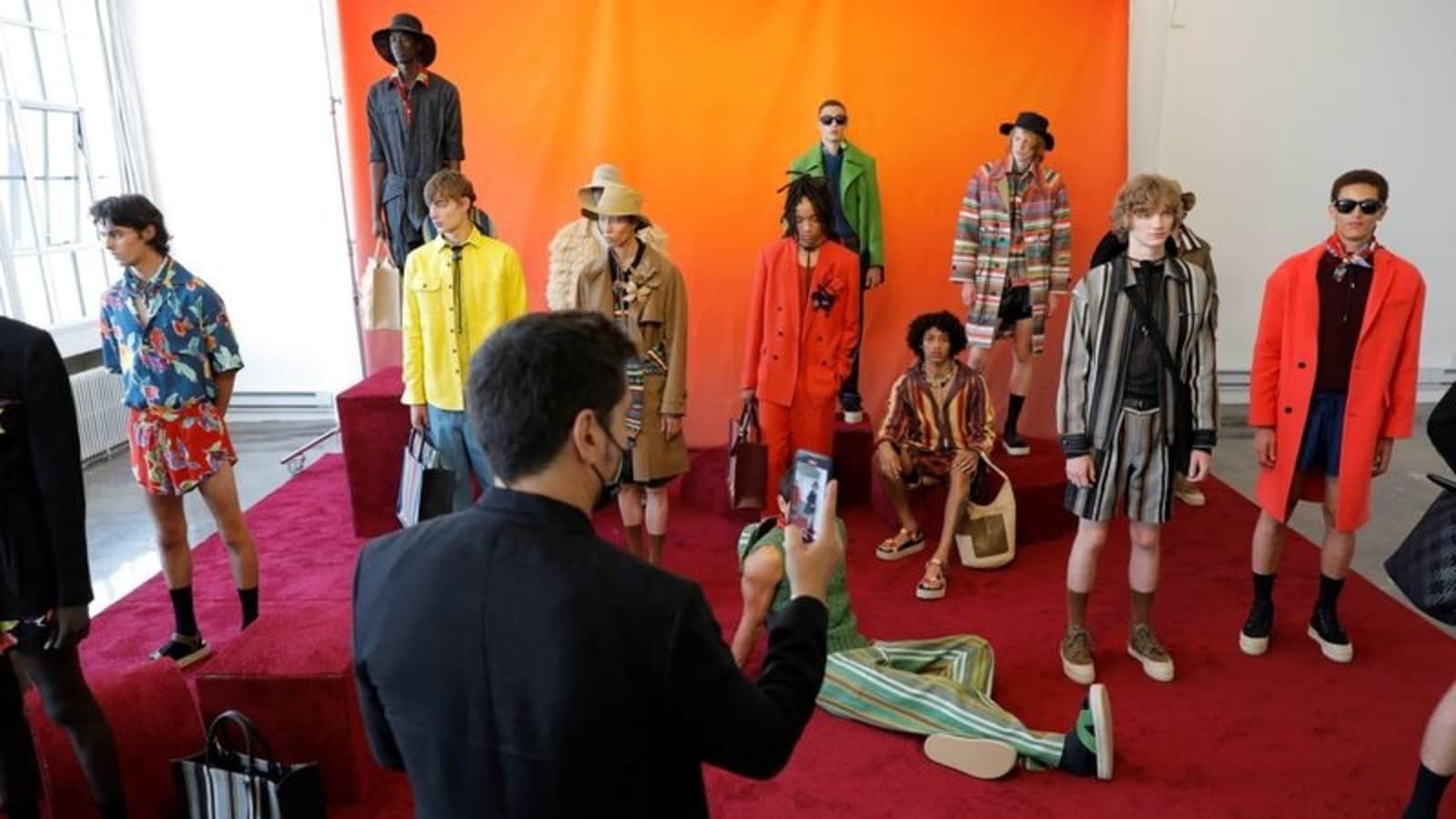 Models posed like statues as the audience walked through within touching distance of the designs. At times, there was a central character showcasing the theme behind the look.

Some designers this year sought inspiration close to home, while others drew on more faraway tropical locales.

Tristan Detwiler cited the sand and beaches of his San Diego hometown as inspiration for his STAN collection, which featured colourful patterns and quilt-like fabrics in neutral, earthy tones.

“I source all the textiles myself, I meet people, I learn their stories, I learn about cultures,” Detwiler said. “The textile comes second, it’s really the story that comes first.”

“I’d always wanted to do an exotic collection that took me to the South Seas and I really got inspired by Tahiti and the works of Paul Gauguin,” Vonranson said.

Meanwhile, designer William McNicol of the William Frederick collection said all his pieces were designed, developed and manufactured in his hometown of Cleveland, Ohio.

His presentation featured models painting a canvas while dressed in casual, neutral-coloured outfits.

“Most of our collections are based on creativity, curiosity, intelligence, intimacy,” McNicol said.

“This collection specifically was about the life of the artist, and clothing that worked as well on the artist as it did within their space. So that’s why I wanted neutrals and things that would just kind of get lost within an artist’s studio or loft or space,” he added.

The biannual event features ten emerging brands debuting their collections, with five in the morning and another five later in the afternoon.

Fight your frizzy hair with these five tips | Fashion Trends