New On Netflix: Actor Alejandro De Hoyos, Not Your Average Villain In The Man From Toronto 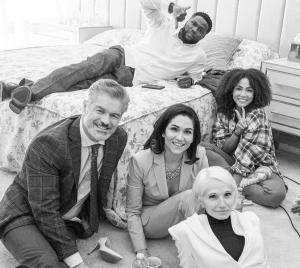 With a budget of 75 million, The Man From Toronto is the story of the world’s deadliest assassin and New York’s biggest screw-up when they are mistaken for each other at an Airbnb rental. The film also stars Kaley Cuoco, Ellen Barkin, Jasmine Mathews, Lela Loren, Pierson Fode, Kate Drummond, Ronnie Rowe and Tomohisa Yamashita among a star cast.

“I had a great time working with the fantastic cast of The Man From Toronto. It was interesting playing the role of Colonel Marin, which is not your average villain. You will have to wait and see!” said De Hoyos.

De Hoyos, often compared with the late Sean Connery as James Bond, balances his life as a successful businessman with his Hollywood career which started with multiple commercial campaigns.

The Mexican-born actor has booked over 200 commercials including starring in the award-winning commercial for Northwestern Mutual with three-time Academy Award® Winner Mexican cinematographer Emmanuel Lubezki also known as Chivo.

Alejandro also stars in the films Free Dead or Alive, a film by Erik Bernard, and the upcoming Trigger Warning opposite Jessica Alba.

Alejandro De Hoyos is represented by The Marlene Agency, The Daniel Hoff Agency and Espada PR.

Official Trailer: The Man From Toronto