New hires can spread mental-health problems to their co-workers 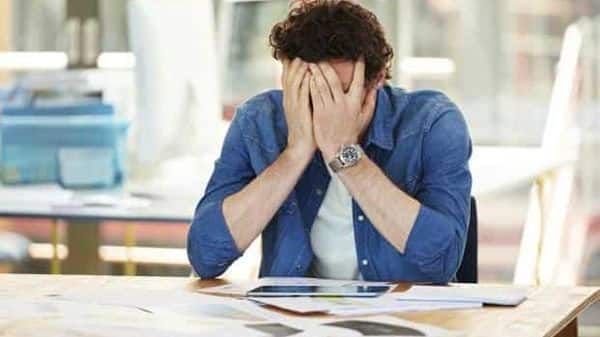 Can people spread mental-health problems from one company to another like an infectious disease?

Recent research suggests it is possible. New hires diagnosed with anxiety, depression or high levels of stress are likely to transmit these feelings to their new co-workers, according to a study published online in May in the Administrative Science Quarterly.

Specifically, the paper finds that hiring a professional who was previously diagnosed with at least one of these ailments increases the incidence rate—the number of co-workers at the new organization who develop similar diagnoses—by about 6.32%.

“The paper looks at the spread of mental-health disorders through an epidemiological lens,” says co-author Julia Kensbock, an assistant professor at the Maastricht University School of Business and Economics in the Netherlands. Viewed from this perspective, she says, mental-health disorders can spread from one company to another through new hires.

The authors studied about 250,000 employees at 17,000 Danish firms between 1996 and 2015. They used labor statistics to track individuals’ employment histories, and to control for variables like occupation or firm size. They then compared that employment data with records from Denmark’s healthcare system to identify workers with anxiety, depression or stress-related diagnoses. All data was anonymized.

A new hire’s mental health was the most significant variable when it came to transmitting mental-health maladies between firms. But the authors identified other salient factors—notably, the situation at a new hire’s previous workplace.

The authors theorize when a previous workplace had a high incidence rate of depression, anxiety and stress, an employee who left for a new job often transmitted negative feelings to their new workplace. The effect was most pronounced when employees in that situation had a mental-health diagnosis of their own: The incidence rate at their new firm increased by 7.38%.

Troubled organizations even had a lasting effect on workers with no diagnosis of mental-health problems: When those types of workers left such a firm, the incidence rate at their new organization still rose—about 2.47% over three years.

Managers were more infectious than other new hires, the authors found. Bosses diagnosed with mental ailments who also came from firms with high levels of those ailments increased the incident rate at their new firm by about 8.6%, says Lars Alkærsig, an associate professor at the Technical University of Denmark and a co-author of the paper.

The study doesn’t examine the causes of poor mental health at a company. But other research shows that factors like time pressure and a large workload make for a stressful work environment.

The authors hypothesize that mental disorders are transmitted because people tend to mirror their peers’ behavior, according to a psychological principle called social contagion. The principle has been used to explain the prevalence of alcohol and drug abuse, eating disorders and violence in certain populations. Applying it to the workplace, the authors postulate that colleagues could, for example, emulate a new hire’s focus on the demanding, exhausting or threatening aspects of the job or copy behaviors.

The study doesn’t look at why new hires would have such influence, but prior research suggests negative interactions can be more influential than positive ones. With managers, the contagion would be magnified because they interact with more people, and may even act as formal role models.

Co-author Carina Lomberg, an associate professor at the Technical University of Denmark, cautions the results should in no way be used to avoid hiring people who seem depressed or anxious or have high levels of stress.

Rather, she says, the findings should encourage companies to create a more supportive environment where all employees, especially new hires, are encouraged to seek professional help when needed. These efforts, she says, may be particularly important during the first weeks and months after a new hire starts on the job. She also encourages companies to make it clear to their employees that mental-health issues aren’t signs of weakness, but something that many people deal with at one point or another.