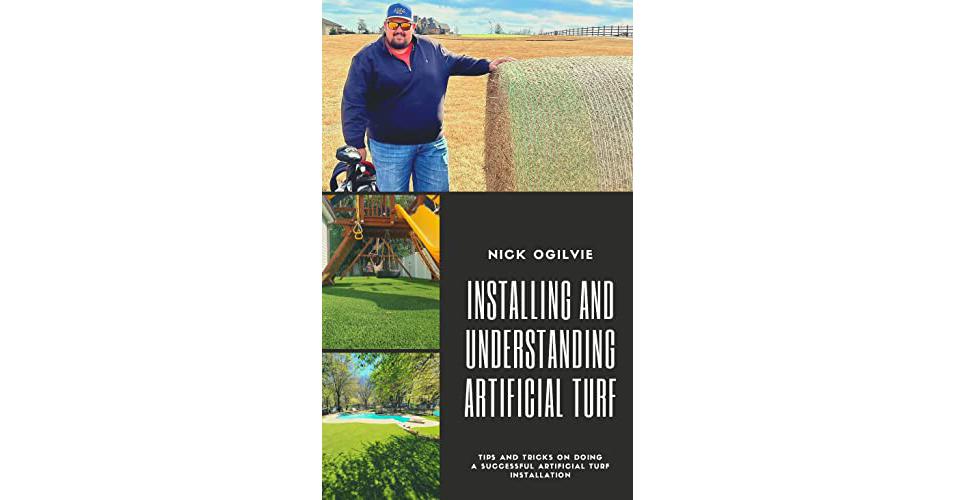 Cover of The Book “Installing and Understanding Artificial Turf”

Nick Ogilvie, owner of Luxe Blades has just released a book on artificial turf. The book is called Installing and Understanding Artificial Turf.

We are changing the way people landscape.”

DALLAS, TEXAS, UNITED STATES, August 5, 2022 /EINPresswire.com/ — When it comes to your home’s landscaping, nothing beats the look and feel of natural grass – but what about when Mother Nature just can’t deliver? That’s where synthetic grass comes in – and today we’re excited to announce that Luxe Blades owner Nick Ogilvie has just released a brand new book on the topic! Called Installing and Understanding Artificial Turf, the book covers everything from types of turf to installation methods to maintenance tips, making it the perfect resource for anyone considering installing fake grass in their yard.

Ogilvie has been working in the synthetic grass industry for over 16 years now, so he knows his stuff – and he’s excited to share his expertise with homeowners and contractors everywhere who are looking for an easy (and eco-friendly!) way to keep their landscapes looking great all year round.”Installing and Understanding Artificial Turf” is now available on Amazon or paper back and www.luxeblades.com

Nick Ogilvie grew up in Clovis NM. He always had a passion for owning his own business and learned alot from his family. Both grandfathers owned their own businesses and were very successful. While in High School Nick sat on the Parks and Recreation Board for the city where he learned a lot about city practices and politics.

After graduating from Clovis High School he went to West Texas A&M where he majored in Business. During his college years he was Vice President of Phi Delta Theta Fraternity. While going to college he worked at the Ambassador Hotel. While working at the hotel he met a lot of people in various industries, and learned a lot from them. He also learned a lot about hard work, dedication and “The Customer Experience – Not just Customer Service” Phyllis Nickum Golden, taught Nick to strive to be great in everything you do and do it the best.

Nick Ogilvie, hired out as a conductor with BNSF Railway. During this time he was laid off and had to find another way to make money. At this point he had found out that artificial turf was going to be a good avenue to make money. So he took his life savings flew out to California where he paid someone to teach him how to lay Artificial Turf.

Growing up in Eastern New Mexico/ West Texas Nick knew with the droughts and more people moving to the area that Artificial Turf would become the next big thing if people truly wanted a lush green yard. A 1,000 to 1,500 square foot lawn consumes around 12,000 gallons of water per year. With water going up in price and becoming more scarce, the artificial turf industry just seemed like a good fit. Water will be the next oil. There is a book out called “Every Drop For Sale” by Jeffrey Rothfeder that explains about the water shortage and communities across the United States trying to get water to their homes. It is also fascinating that turfing your yard has an ROI of 4 years.

Now 16 years later he is still laying turf. Nick has installed turf all over the country. From Los Angeles California to Burlington Vermont and from there all the way down to the Keys in Florida.

You may have seen him on a Episode of Florida Flip My Yard where he installed a backyard in artificial turf.
Some of his projects include: Crystal River Harley Davidson, Tampa Bay Buccaneers, Crown Euro Cars Mercedes Benz, Hard Rock Hotels, Disney World, 40 Yards of Gold, City of Clovis New Mexico, City of Crown Point Indiana, Devon Amphitheatre in Decatur Illinois and more.

Nick has been golfing since he was seven years old and has had a passion for the sport ever since he got his first set of Austads Golf Clubs. One of his most favorite installations was designing and installing the first artificial turf par 3 on the south rim of the Palo Duro Canyon for The River Falls Development outside of Amarillo Texas. There he built a driving range and used Tee line turf. He built 9 holes the furthest being 190 yards. He has built a 9 hole par 3 for the City of Clovis NM as well. His latest golf course project is in Lucas Texas.