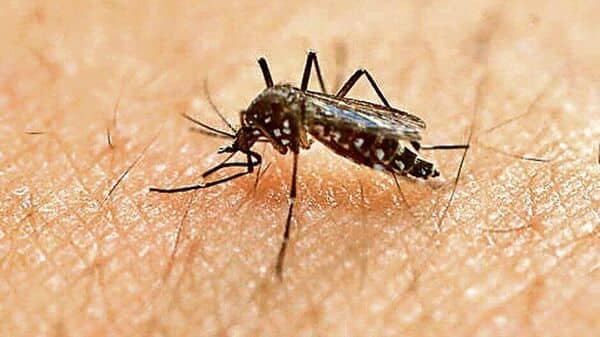 PUDUCHERRY : An end to dengue, chikungunya and zika may be finally in sight, with scientists at a premier government research centre working to infect domestic vectors with a bacteria that will—in around six months’ time—begin eliminating these viruses in them.

The bacteria blocks the proliferation of harmful viruses but does not harm the mosquitoes themselves.

After four years of research, scientists at the Vector Control Research Centre (VCRC) of Indian Council of Medical Research (ICMR) have submitted their findings to an ICMR expert committee. The scientists have been cross-breeding local Aedes aegypti mosquitoes, which transmit dengue, chikungunya and zika virus, with mosquitoes that carry the Wolbachia bacteria from Australia’s Monash University. This strategy was successfully adopted in Australia’s Queensland during a dengue outbreak.

Dr Ashwani Kumar, director, VCRC, said, “Wolbachia is a bug which is found in 60% of insects naturally. But studies, including ours, have shown that in the case of Aedes mosquito, a vector of dengue, chikungunya and zika, this bug is in very low frequencies. So, what we have done is that we have acquired two strains of the Aedes aegypti eggs harbouring Wolbachia— wMel and wAlb—from Monash University with the approval of the Indian government. From these eggs, we have raised colonies of these mosquitoes in our labs and allowed the females of the imported strains to mate with Aedes aegypti males of the Puducherry strain. In this manner, after six to seven generations, the mosquitoes will have genetic material closest to that of the Indian Aedes aegypti strain while the Wolbachia are inherited from the Australian strains.”

“We have confirmed this fact by the genomic studies.”

The ICMR has now asked VCRC to conduct more dengue challenge studies with these mosquitoes. So far, the research has been limited to the laboratories; once it is approved by the government, a pilot will be done by releasing the Wolbachia-carrying mosquitoes in the community. Between January and May alone, India reported 10,172 dengue cases with three deaths.

“The Wolbachia is maternally transmitted from mother to offspring, and gradually spreads across the population. The Wolbachia inhibits the multiplication of the dengue virus when present in the mosquitoes. The number and frequency of Wolbachia in mosquitoes is determined by molecular tests. If we release males alone carrying Wolbachia, that will lead to the production of sterile eggs when such males mate with the wild females. This way, you can actually eliminate the mosquito populations, but it is not desirable because of the environmental concerns and also because mosquitoes play an important role as pollinators and in the food chain,” said Dr Kumar.

Independent risk assessment of this technology showed that there is minimal risk. The final call on whether these mosquitoes with Wolbachia should be released in the community will be taken by the Union government, Dr Kumar said.

India may opt for ‘ring vaccination’ to combat monkeypox

‘Monkeypox jab may be only for medics, high-risk population groups’

India may opt for ‘ring vaccination’ to combat monkeypox

‘Monkeypox jab may be only for medics, high-risk population groups’