National PTSD Awareness Day: Time to Commit to Better Treatment for Our Vets and Others Who Experience Traumatic Events

Prescriptions for psychiatric drugs for military personnel from 2005 to 2011 rose at 30 times the rate among civilians. By 2013, one in six service members was taking a least one psychiatric drug. 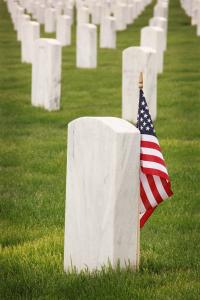 An estimated 30,177 active duty service members and war veterans of the post 9/11 wars have died by suicide, more than four times as many as the 7,057 killed in “Global War on Terror” military operations. 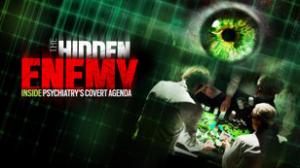 Government promotion of antidepressants for PTSD fails to warn of the increased risk of suicide and other adverse effects of the drugs.

The suicide rate of veterans overall adjusted for age and sex is 1.5 times that of the general population.”

WASHINGTON, DC, US, June 28, 2022 /EINPresswire.com/ — Traumatic events have always been part of the human experience. These days, the term post-traumatic stress disorder (PTSD) is being applied more broadly to stressful events, turning psychological experiences into a psychiatric disorder for which mind-altering behavioral drugs may be prescribed for treatment – drugs which carry the risk of adverse effects that can compound the individual’s stressful condition.

The National Center for PTSD in the U.S. Department of Veterans Affairs is the nation’s leading clearinghouse for information on PTSD. Its online booklet on PTSD, while promoting talk therapy, also still carries the suggestion that PTSD may be the result of a chemical imbalance in the brain and promotes newer generation antidepressants – SSRIs (selective serotonin reuptake inhibitors) and SNRIs (selective norepinephrine reuptake inhibitors) – as treatment.

However, after decades of the chemical imbalance theory being spread as fact, there still is no scientific proof that any brain abnormality or imbalance causes any mental disorder that could be corrected or balanced with the addition of chemicals from antidepressants or other psychiatric drugs. Psychiatrist Thomas Insel, M.D., who headed the National Institute of Mental Health (NIMH) from 2002 to 2015, has admitted that the $20 billion in grant funding he directed into brain research during his tenure failed to find proof of brain imbalances or other biological causes of mental disorders, thus undermining the key rationale for prescribing psychiatric drugs.

This data is directly relevant to the 4.2 million American veterans prescribed psychiatric drugs in 2019 through the Veterans Administration (VA) – many of them for PTSD – at a cost of $4.2 billion from 2015 to 2019, according to the Veterans Health Administration. Forty-one percent (1.75 million) of these vets were prescribed antidepressants.

The prescriptions for psychiatric drugs for military personnel soared from 2005 to 2011, increasing sevenfold over the period, according to the U.S. Department of Defense (DOD) – more than 30 times the rate among the civilian population. By 2013, the Military Times reported that one in six American service members was taking at least one psychiatric drug. At the same time, military suicides were rising dramatically.

Brown University’s Costs of War Project reported that an estimated 30,177 active duty service members and war veterans of the post 9/11 wars have died by suicide, more than four times as many as the 7,057 killed in “Global War on Terror” military operations. “The suicide rate of veterans overall and adjusted for age and sex is 1.5 times that of the general population,” according to the report. “Moreover, the current suicide rate of 45.9 among veterans 18-34 is about 2.5 times the suicide rate of that of the adjusted general population (18 per 100,000).”

The FDA has required a black box warning on antidepressant labels to alert users to the increased risk of suicidal thoughts and actions in those 24 years of age and younger, an age range that includes many of the service members and veterans who have taken their own lives.

The Citizens Commission on Human Rights (CCHR) has long advocated for the warning to be expanded to include all adults, based on empirical evidence. A 2016 study by Nordic Cochrane Centre researchers, led by Andreas Bielefeldt, conducted an extensive and systematic analysis of clinical trials in which SSRI and SNRI antidepressants were given to healthy adult volunteers with no signs of depression. Their conclusion, published in the British Journal of the Royal Society of Medicine, was that “antidepressants double the risk of suicidality and violence.”

To address the risks of psychiatric drugs as mental health treatment given to our military and veterans, CCHR produced its acclaimed documentary, Hidden Enemy: Inside Psychiatry’s Covert Agenda. It features interviews with more than 80 experts, soldiers, and veterans and presents evidence linking the rising number of psychiatric drug prescriptions with military suicides and sudden deaths.

This link between PTSD treatment and suicides is relevant to more and more Americans, as the condition which was first applied to those suffering psychologically from combat is now applied more broadly. First appearing as a psychiatric disorder in 1980 in the third edition of the American Psychiatric Association’s (APA) Diagnostic and Statistical Manual of Mental Disorders (DSM-III), the criteria for PTSD were repeatedly revised and expanded in subsequent editions to now include the lingering psychological aftermath of any highly stressful or traumatic event, such as a traffic accident, death of a loved one, childbirth, or a natural disaster. With criteria that encompass such a broad range of human experience, the APA asserts that one in 11 people will be diagnosed with PTSD in their lifetime.

CCHR continues to raise awareness of the risks of antidepressants as mental health treatment and supports evidence-based non-drug approaches to dealing with distressing events that are part of the human experience. The CCHR database of psychiatric drug side effects (www.cchrint.org/psychdrugdangers) currently lists 283 drug studies and 155 international drug regulatory agency warnings about the adverse effects of antidepressants.

WARNING: Anyone wishing to discontinue or change the dose of an antidepressant or other behavioral drug is cautioned to do so only under the supervision of a physician because of potentially dangerous withdrawal symptoms.

CCHR was co-founded in 1969 by members of the Church of Scientology and the late psychiatrist and humanitarian Thomas Szasz, M.D., recognized by many academics as modern psychiatry’s most authoritative critic, to eradicate abuses and restore human rights and dignity to the field of mental health. CCHR has been instrumental in obtaining 228 laws against psychiatric abuses and violations of human rights worldwide.

The CCHR National Affairs Office in Washington, DC, has advocated for mental health rights and protections at the state and federal level. The CCHR traveling exhibit, which has toured 441 major cities worldwide and educated over 800,000 people on the history to the present day of abusive psychiatric practices, has been displayed at the Congressional Black Caucus Foundation Annual Legislative Conference in Washington, DC, and at other locations.