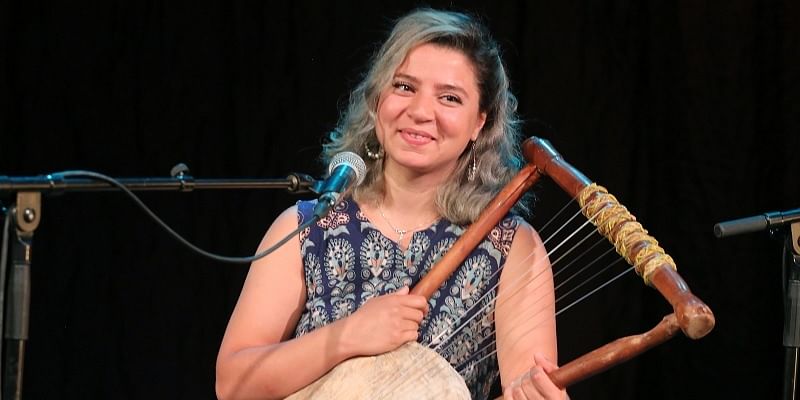 Norway’s annual Førde Festival of Traditional and World Music held a scaled-down live version this year due to pandemic restrictions. See Part I and Part II of our coverage, as well as earlier highlights from the 2016 edition.

Before the pandemic, the festival used to feature around 80 acts across 30 venues, with 250 artistes from around the world. The performances drew 25-30,000 visitors each year.

The five-day festival is supported by grants from the National Arts Council, the region and the municipality. The festival was cancelled in 2020 due to the pandemic, and a limited local edition was held this year. Featured bands included Mambo Companeros, Camilla Granlien, Kajsa Balto, Ku Meelodi, Tindra, Riid, Kartellet, and Kvedarkvintetten.

“Music and culture are important in people’s lives. Our hope is that the festival will continue to present the best music to our music-loving audience and create magical meetings for musicians from all over the globe in Førde,” explains Torill Faleide, Festival Communication Manager, in a chat with YourStory.

Cross-cultural project RIID was one of the groups performing at the festival. It features Almir Meskovic (Bosnia and Herzegovina) on accordion, Daniel Lazar (Romania/Serbia) on violin, and Ingrid Jasmin Vogt (Norway) on vocals, with Bellali Austria (Mexico) as the dancer.

“We started working together during the first lockdown. Almir and Daniel had worked together for many years as a duo, ever since they met at the National Academy of Music in Oslo,” Ingrid Jasmin explains.

She herself had worked together with Bellali Austria for some time on different projects. “As we were all staying in our homes, with all concerts and events being cancelled, Bellali had the idea to make a video with the four of us, with the song Ederlezi,” Ingrid recalls.

“Daniel and Almir also got on board, all of us wanting to do something positive to lighten the spirit,” Ingrid enthuses. Realising they all had chemistry together, they decided to create the project RIID, which brings together Balkan and flamenco performance culture.

Ole Andre Farstad, leader of the band Meelodi, says he has been to India several times, and studied the sarod with Amit Bhattacharya and siddha veena from Siddhartha Banerjee. “I also played with metal band Abbath in the Bangalore Open Air Metal Festival in February 2019,” he jokes.

“It was great to be on stage at the festival, and discuss the performance and theme in two different sessions during the festival. The audience in Førde is always great,” explains Sigurd Johan Heide, choreographer of dance troupe Kartellet (‘The Cartel’).

“When Førdefestivalen asked if we would perform at this year’s festival, we asked many of our favourite Norwegian musicians if they could play with us. They all said yes,” recalls Sarah-Jane Summers, who earlier formed a duo with Juhani Silvola.

These invited musicians were primarily traditional artistes. “But there were some classical musicians and one of Norway’s top Baroque viola players as well. So, we formed the group Sølvstrøk in order to play at Førdefestivalen 2021,” Sarah-Jane sums up.

Now, what have you done today to pause in your busy schedule and find new avenues for your creative core?

See also the YourStory pocketbook ‘Proverbs and Quotes for Entrepreneurs: A World of Inspiration for Startups,’ accessible as apps for Apple and Android devices.

(All images by Førde Festivalen)