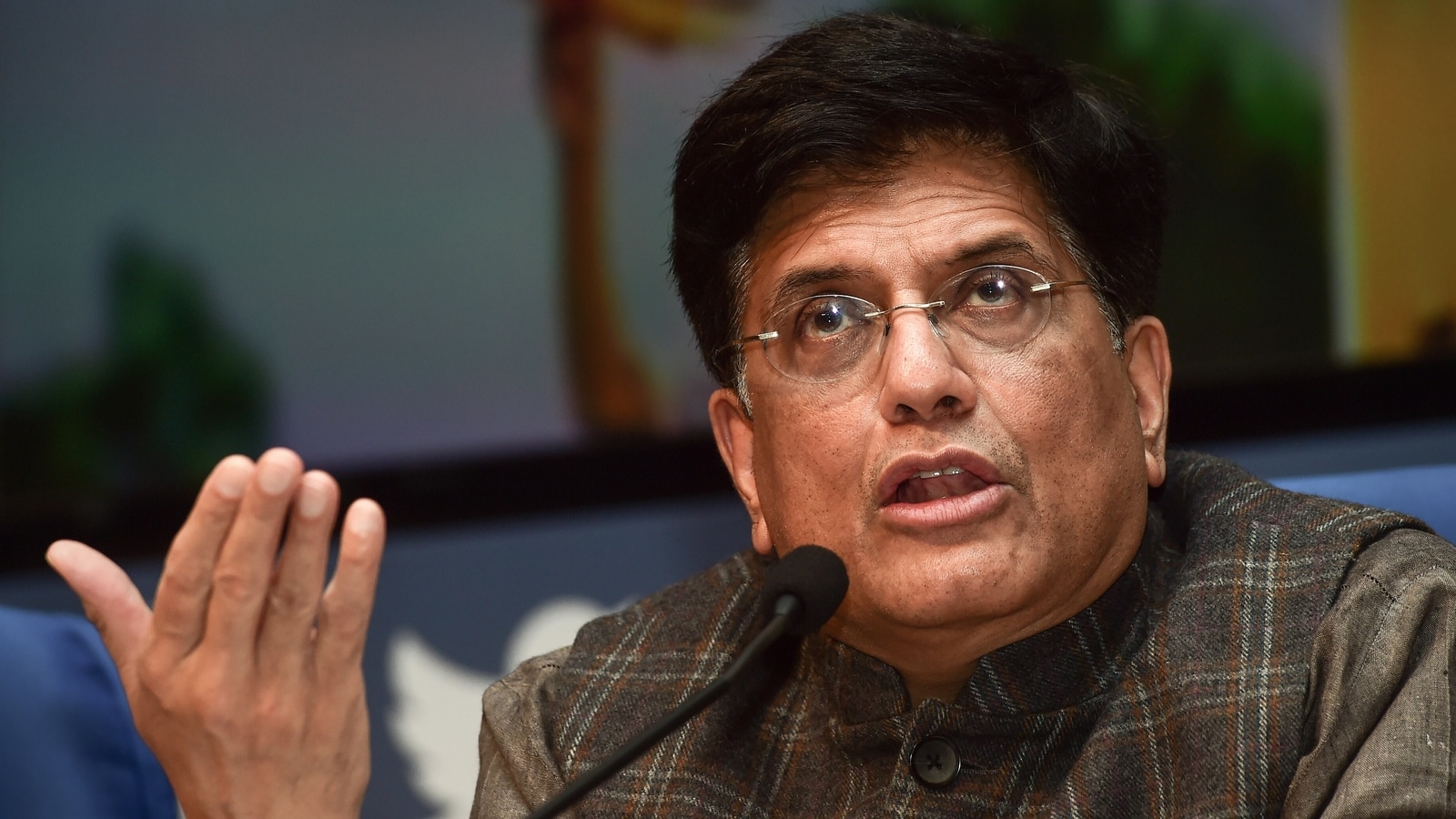 Union commerce minister Piyush Goyal said on Monday the Narendra Modi government would soon institutionalise a 24-hour “helpline” for assistance to exporters and resolution of issues.

Goyal, who is also in charge of consumer affairs, food and public distribution and textile, further said the government’s aim was to make ‘Brand India’ a representative of quality, productivity, talent and innovation.

Speaking at an event to mark the beginning of ‘Vanijya Saptah’ as part of the ‘Azadi Ka Amrit Mahotsav’ celebrations, Goyal said the week-long campaign revealed the Centre’s resolve to build a strong country for the future. Goyal delivered the keynote address at the launch of the event at SEZ Noida.

According to a government press release, Goyal said there was a need to jointly create a roadmap for the next 25 years and contribute to make India a world leader.

The minister said reforms in social sectors had made the nation’s development wholesome. “Path-breaking expansion of health programmes, toilets infrastructure have been a major success and made the development inclusive.”

“Availability of electricity and cooking gas to households have made an extraordinary impact on the lives of crores of citizens of the country, who never had those benefits before,” he added.

Goyal said the PM’s call for ‘Azadi Ka Amrit Mahotsav’ was a tribute to our freedom fighters and the freedom movement and “an opportunity for us to inspire and reignite new fervour, exuberance and enthusiasm”.

Regarding Uttar Pradesh where the Yogi Adityanath-led BJP government completed four-and-a-half years in administration, the Union minister said the state made commendable progress in industrial growth and exports.

Goyal said, “Improvement in law and order has made doing business and trade much easier and safer in UP.”

Further, the minister said that ‘Vanijya Saptah’ embodied a pan-India character and would reflect the spirit of ‘jan-andolan’ (public revolution) and jan-bhagidari (public involvement).

He said the ministry of commerce and industry had curated the week-long campaign around five pillars of ‘Azadi ka Amrit Mahotsav’. “Freedom Struggle, Ideas @ 75, Achievements @ 75, Actions @ 75 and Resolves @ 75.”

Following are some of activities planned during the week:

– 35 export promotional events/exhibitions in each state/UT by EPCs

– Virtual investor summit in the northeast

– Five national seminars/exhibitions and national essay competition will be organised

Goyal said, “75 years ago, all worked to get swarajya. Now, all must work in mission mode to be Aatmanirbhar. The Modi government as a facilitator of this mission has introduced several reforms for inclusive growth.”

The minister also said the Centre had taken a series of measures to give further impetus to growth and job creation like reduction in corporate tax, liberalisation of FDI regime, single window clearance and ODOP.

Goyal said that despite coronavirus restrictions, decisive and bold leadership of the PM, the country’s economy was reviving and exports were increasing significantly.