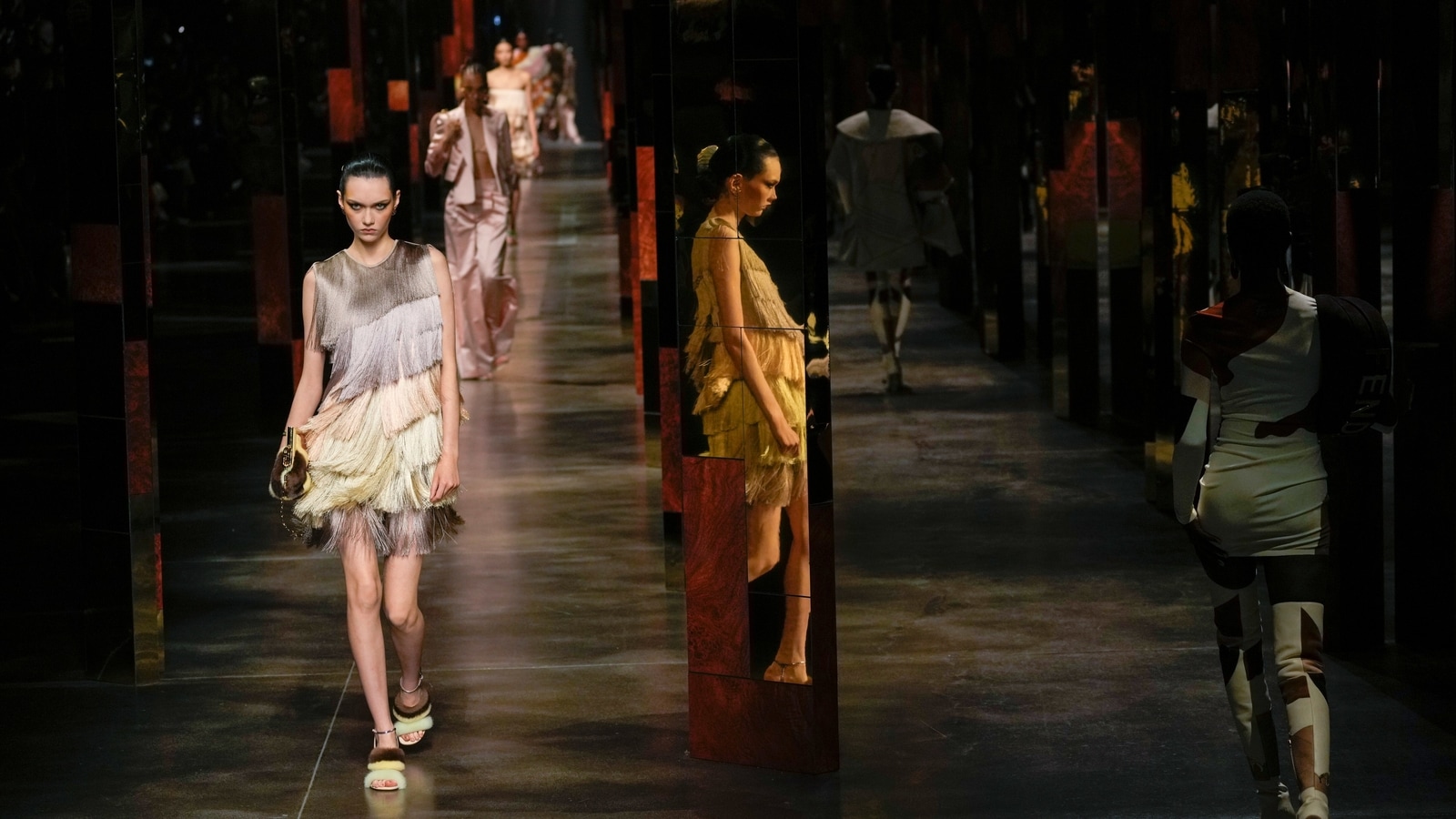 After being “locked away for so long”, women have want to loosen up a bit – “she’s going out, dressing up” and with that motive in mind, Fendi designer Kim Jones opened Milan Fashion Week on Wednesday by flaunting disco-inspired collection in his first in-person catwalk show. Making his debut as Creative Director for Fendi Womenswear and Haute Couture in early 2021, Kim succeeded late designer Karl Lagerfeld at the Italian luxury label and his Spring/Summer 2022 collection leans into the themes and aesthetics of the 1970s disco glamour, particularly the Studio-54 era in New York City.

Seeking inspiration from fashion illustrator Antonio Lopez’s hand-sketched Fendi logo in the brand’s archives, Kim Jones tapped into the colour palette that defines late Karl Lagerfeld’s legacy of black, white, neutrals, and light pinks of seasons. He revealed, “While I’ve been looking at Karl’s legacy at the house, I’ve also been looking around him, at his contemporaries – at who he was interested in. Lopez was a friend of Karl’s and has always been someone who inspired me. He was forward thinking; inclusive; looked up to by everyone from Andy Warhol to Steven Meisel and David Hockney. I wanted to introduce him to a new generation.”

Models dolled up in macs, colourful short halterneck dresses, fringed crochet tops and floaty shirts in sandy colours with wide-leg trousers marked the Alberta Ferretti show where the designer chose chocolate brown and black for evening wear and adorned them with Butterfly patterns and printb.  Kim said in a statement, “This is my first live show for Fendi, and it’s a celebration.”