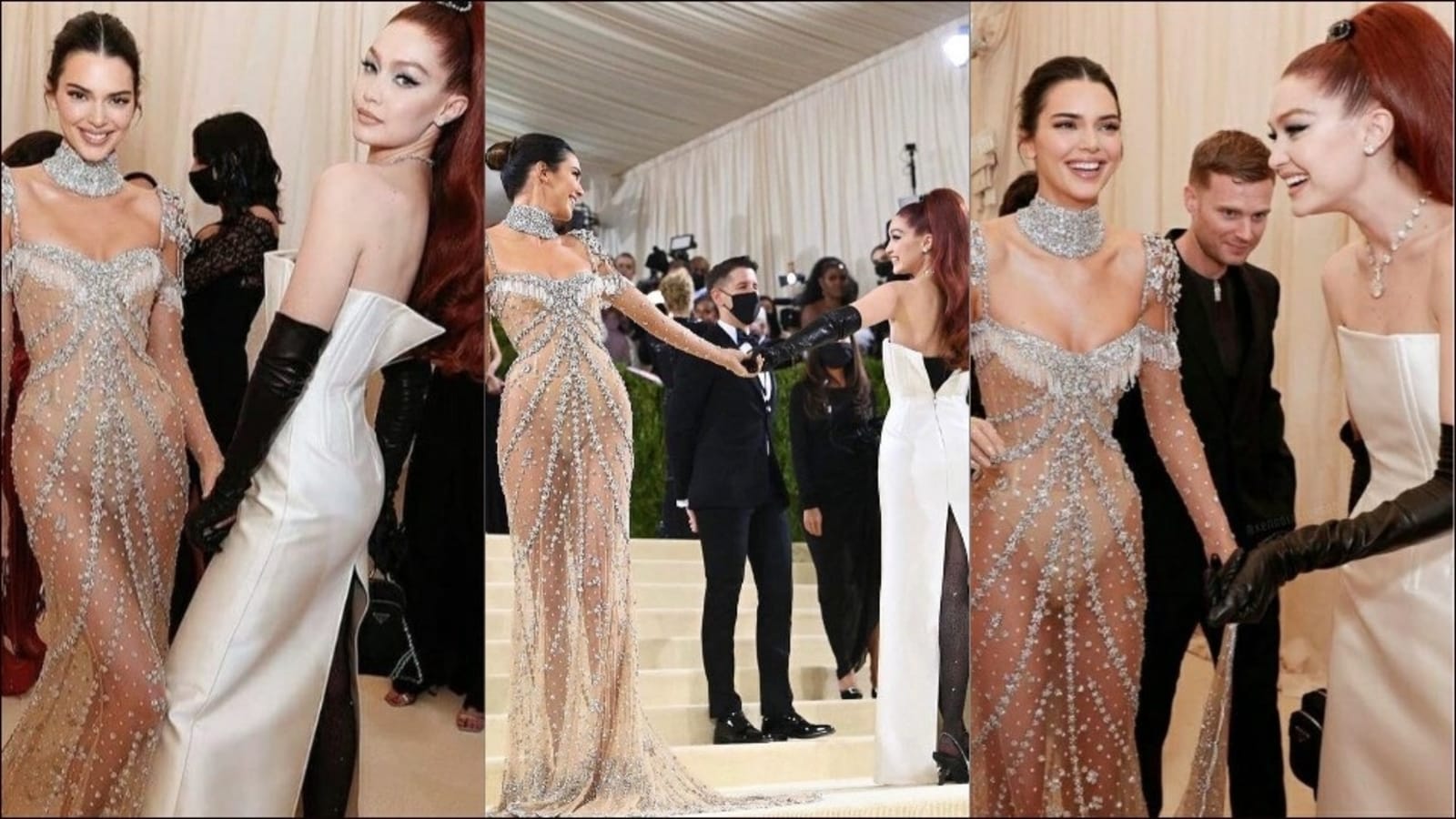 Two of the world’s biggest supermodels, Gigi Hadid and Kendall Jenner, who are also BFFs, reunited at Met Gala 2021‘s red carpet and we are not getting over their cute reunion moment anytime soon. As fashion lovers were hooked to the glamorous event at the Metropolitan Museum of Art in New York City, the Internet was left swooning over Gigi and Kendall’s heartwarming camaraderie and we are one of them as the divas turn the ultimate red carpet BFFs at Met Gala 2021.

The pictures and videos flooding the social media platforms ever since, show the duo sharing a sweet moment as they greeted each other with a little hand squeeze. While Kendall left little for imagination in a sheer embellished Givenchy gown, Gigi debuted dramatic red hair as she donned a strapless, high slit Prada gown.

She teamed the gown with a pair of black leather arm gloves but it was her new set of deep crimson waves that grabbed the limelight as the head-swiveling fashion reminded us of cartoon character Jessica Rabbit. The luscious high ponytail was accessorised with a crystal-embellished Prada logo barrette.

A sight for sore eyes, Gigi set shutterbugs on frenzy as she looked in awe at her BFF Kendall on the steps when they happened to be taking photographs right next to each other. Kendall donned a long dress in illusion tulle that sported crystals, crystal flowers and crystal fringes embroidered all over and teamed it with matching sheer embroidered gloves, a silk tulle bustier and a pair of beige leather sandals.

The duo are often spotted going for dinners together, flanking each other at workouts and even gracing ramp walks like recently at Michael Kors fashion show where Kendall opened while Gigi closed the show at New York Fashion Week. For nearly a decade, both Hadid sisters have been close with both Jenner sisters and while Gigi and Kendall have bonded over their careers, they are not just two successful models who are runway buddies but are also inseparable in real life.