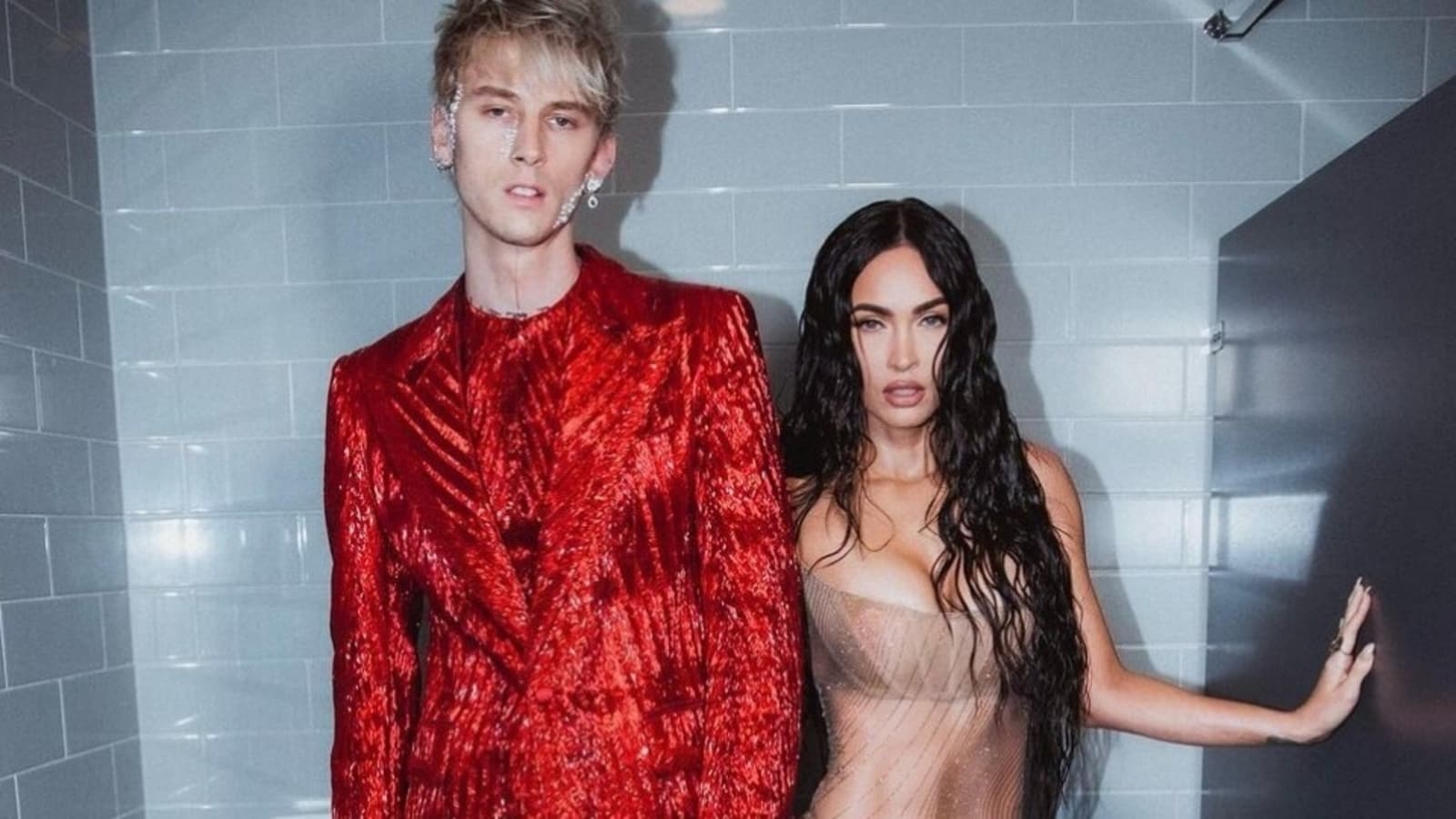 The MTV Video Music Awards 2021 red carpet saw the fiercest looks by the biggest celebrities from the industry on Sunday, September 12 (September 13 morning IST) at the Barclays Center in Brooklyn, New York. However, the IT couple of the moment were Megan Fox and her musician boyfriend, Machine Gun Kelly. The actor walked the 2021 VMAs red carpet with her boyfriend and dared to bare it all in a bold and sexy Mugler dress.

Megan Fox did not disappoint as she arrived at the awards night wearing a complete sheer custom Thierry Mugler dress styled by Maeve Reily. Her look was very reminiscent of Kim Kardashian’s look at the 2019 Met Gala and Rose McGowan’s dress at the 1998 VMAs. Both Machine Gun Kelly and Megan shared pictures of their looks on Instagram.

The 35-year-old actor wore the sheer number with a bedazzling thong underneath, a pair of Jimmy Choo pumps, and Lorraine Schwartz jewels. Her dress comes from Mugler’s current creative director, Casey Cadwallader.

Take a look at the photos:

Megan’s Thierry Mugler nude dress featured barely-there straps, a plunging neckline and mesmerising lines of rhinestone embellishments all over the garment. She teamed the dress with a shimmery thong that went perfectly with the shimmery nude outfit.

Megan finished off her fiery and resiqué look with a middle-parted wet wavy hair, which also reminded us of Kim Kardashian’s wet-hair look for the Met.

A pair of pearl white strappy pumps and rings rounded off the attire. A sharp contour, nude lip shade, glowing skin, loads of mascara on the lashes, and blushed cheeks completed the glam.

As for Kelly, he went bold too, in a bright red high-shine metallic suit, with a matching shirt underneath and pearl accents on his face. His ensemble came adorned with sequin embellishments and fringe details.

This isn’t the first time Megan Fox and Machine Gun Kelly have made a bold statement on the red carpet. For the 2021 Billboard Music Awards, Megan wore a risqué black Mugler gown with a crisscross cutout bodice and sheer ruched skirt. Kelly complemented her in a Balmain tuxedo, black tongue and open-front white shirt.