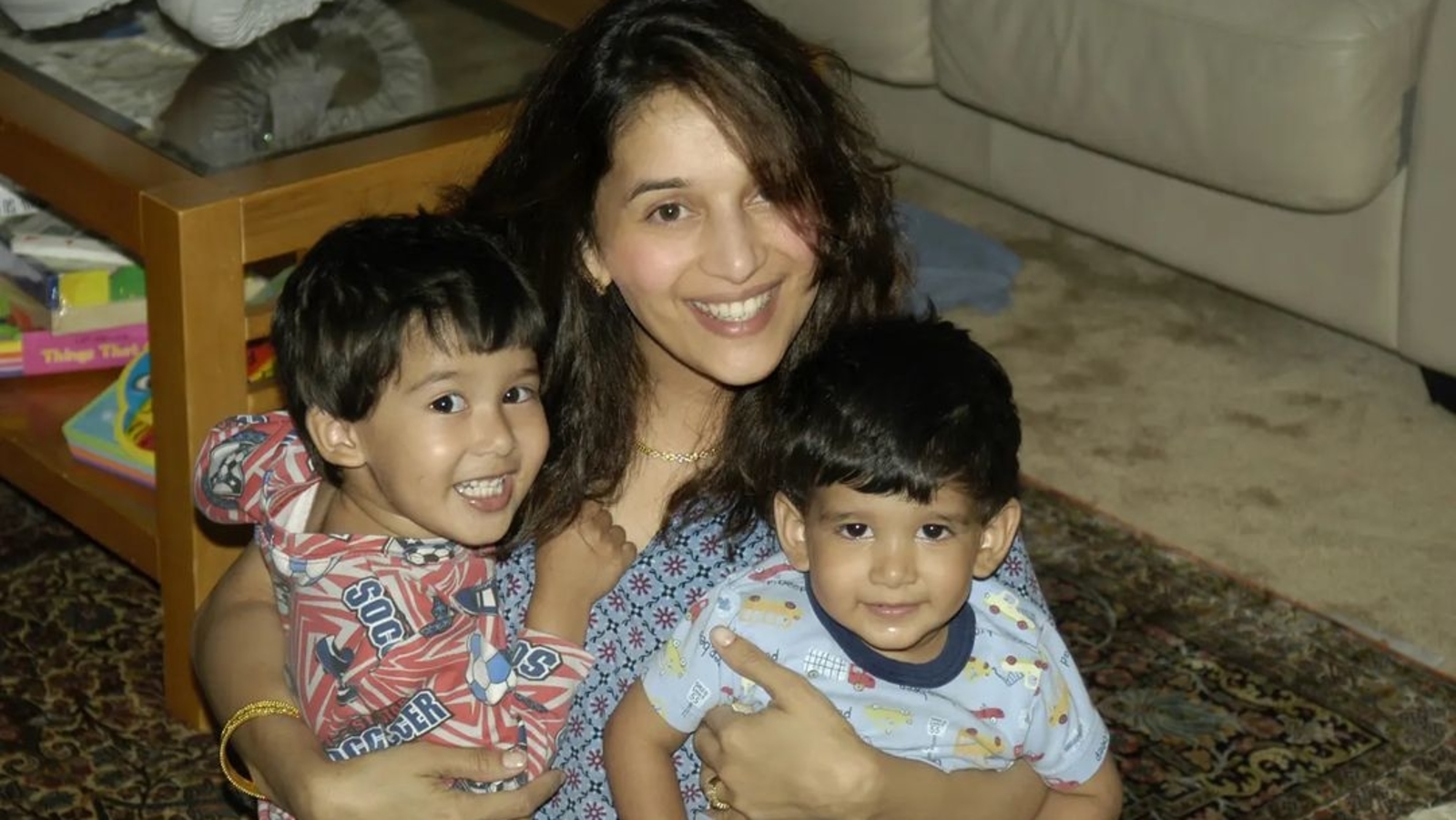 Madhuri Dixit took to Instagram and shared an old picture featuring her sons Arin and Raayan.

Madhuri Dixit has shared a throwback picture with her sons Arin and Raayan. In the picture, Madhuri posed for the camera, flashing a big smile, with her arms around her sons.

The actor and her sons sat on a floor as a white couch and coffee table doubled up as their backdrop. Sharing the picture on Instagram, Madhuri wrote, “The love of my life #ThrowbackMemories.”

Madhuri married Dr. Shriram Nene in the year 1999. Madhuri took a break from Bollywood and relocated to the US. But in the 2000s, the actor and her family returned to India and established their base in Mumbai. Madhuri also made comeback in the film industry with Aaja Nachle. She then starred in Gulaab Gang, Dedh Ishqiya and also performed a song in Yeh Jawaani Hai Deewani. In 2019, she was seen in Kalank and Total Dhamaal.

While she and her family spent most time in Mumbai during the Covid-19 pandemic, Madhuri had to bid farewell to her older son Arin as he headed to the US for higher studies.

As he prepared to leave, Madhuri confessed she was concerned for him. Speaking in a vlog, shared on her YouTube channel, Madhuri said, “I can’t believe that it is that time of the year, when my oldest son has finished his school and now he will start his college. And my baby is flying the nest as they say it. I just can’t believe it that how the years have gone, he is already 18. He will be on his own in a university and I am so concerned as every mother will be as to how he is going to lead an independent life. Because in India when we are growing up, we are so protected, we live with our parents, everything is done for the kid. Be it cooking or washing, everything is taken care of. Now, he will be on his own and it gives me a lot of concern.”