Lyrid Meteor Shower To Peak Tonight. Here’s How, When, Where You Can Watch Them 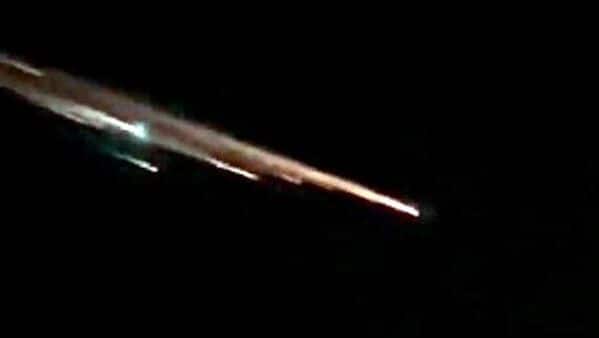 The annual Lyrid meteor shower is likely to peak in the skies today. This comes after almost a three month gap in meteor showers. The meteors will peak in Indian skies tonight and will continuously pass through till 29 April at nearly 10-15 meteors every hour.

The meteors are likely to streak past planet Earth.

Lyrids are debris of Comet Thatcher, which is currently traveling at a distance of 1,60,00,00,000 kilometers from the planet.

However, Moon could reduce the visibility of these shooting stars by 25-50% due to its high brightness. Astronomers have said that the meteors will be best visible during the morning hours before dawn.

Currently traveling away from the Sun, Comet Thatcher will begin its return trajectory in another 45 years.

The Lyrid meteor is a debris field in Earth’s orbit left behind by Comet Thatcher when it was on its way to the Sun in its orbit. Every year when Earth passes around this debris field in its orbit, the remnants of the comet enter the planet’s upper atmosphere and burn up from friction. This leaves behind a trail of shooting stars that are called the Lyrid Meteor Shower.

According to NASA, the Lyrids have been observed for 2,700 years and are known for their fast and bright meteors, though not as fast or as plentiful as the famous Perseids. Lyrids frequently leave glowing dust trails behind them as they streak through the Earth’s atmosphere. These trains can be observable for several seconds.

The point in the sky from which a meteor shower appears to emanate is called the Radiant Point. The radiant point of the Lyrid Meteor Shower lies in between the constellations Hercules and Lyra, in the north-eastern part of the sky. According to Birla Planetarium, C/1861 G1 Thatcher is a long period Comet that takes 415 years to orbit the Sun once.

The last time it passed its perihelion point was in 1861. Every time a comet enters the inner solar system, it leaves behind debris in its orbit.