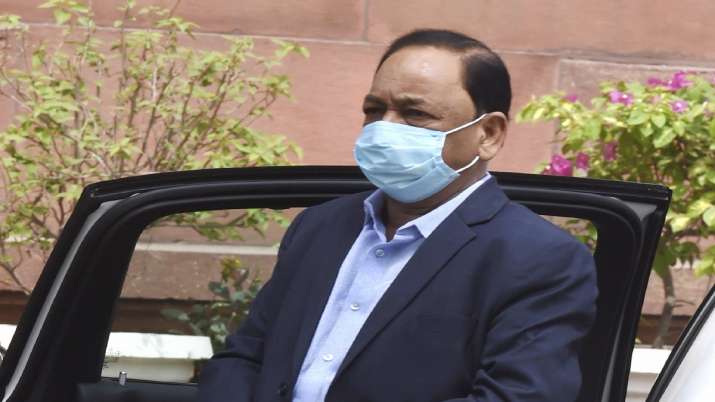 Look-out circulars have been issued by authorities against Union minister Narayan Rane’s wife Nilam and MLA-son Nitesh in connection with cases related to unpaid loans taken from a financial institution said a senior Pune police official on Thursday.

A look-out circular is a notice which prevents a person from leaving the country.

Nitesh Rane said his family will challenge the circulars in the Bombay High Court and questioned the Pune police’s authority to issue them when they have already expressed willingness to repay the dues.

DCP Ghadge said Artline Properties Pvt Ltd (main borrower), a firm owned by Nilam Rane, had availed a loan of Rs 25 crore from DHFL (Dewan Housing Finance Corporation Ltd) in which she was the co-borrower and the outstanding on the account was over Rs 27.13 crore.

Likewise, Nilam Hotels, owned by Nitesh Rane, too, had availed a loan from the private financial institute whose outstanding was over Rs 34 crore, the DCP said.

Both the loan accounts were later classified as NPAs (non-performing asset – declared due to default or arrears) by DHFL due to non-repayment, the police officer said.

As both the accounts got classified as NPAs, the financial institution approached the Centre, which then issued directions to the state government and as a result, the look-out circulars were issued, he said.

The look-out circular, addressed to the Mumbai Airport and issued against Nilam Rane, states “there is apprehension that the said co-borrower may leave the country anytime with a malafide intention to evade repayment of the loan granted by DHFL and escape the legal actions that may be taken”.

“To open the LOC (look-out circulars) of the co-borrower is necessary so that co-borrower’s travel history should be maintained and evasion of repayment of the loan availed from DHFL should be avoided,” reads the circular.

The Pune police, in their notice, have asked the airport authorities to inform them whenever the co-borrower is intercepted at the airport.

Asked about the look-out circulars issued against BJP leader Rane’s wife and son, Maharashtra home minister Dilip Walse Patil said the state government had received a letter from the Centre regarding the same and it was asked to take “appropriate action”.

The letter was issued to the state home ministry and then further course of action might have taken place, he said while speaking to reporters in Pune.

Meanwhile, Nitesh Rane, speaking to a regional channel, said their loan accounts with DHFL were in the financial firm’s Mumbai branch, whereas the circulars were issued by the Pune police.

“Under what right the Pune police crime branch issued the circulars?” he questioned.

He claimed five months ago, they had given a letter to the financial firm seeking “settlement” of the loan accounts and hence issuing such circulars had no importance.

“We will challenge the circulars in the High Court,” Nitesh Rane said.

He rejected suggestions that the Rane family was in trouble – the circulars were issued days after Narayan Rane’s arrest last month for his ‘slap’ remarks against Chief Minister Uddhav Thackeray.

“It is not the Rane family that is in trouble, it is the Pune police crime branch and (the ruling) Maharashtra Vikas Aghadi which would be in trouble,” Nitesh Rane said.

“Where is the question of we getting into trouble when we have already expressed our willingness to repay the outstanding amount,” he said.

Such circulars are being issued because they (the Ranes) are exposing “scams” in the Shiv Sena-led MVA government, he claimed.