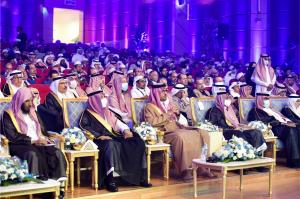 MEDINA, SAUDI ARABIA, April 21, 2022 /EINPresswire.com/ — Last night, Madinah witnessed the launch of the Sheikh Saleh Kamel Prize for Islamic Economies, as part of the 42nd symposium of Al-Baraka Forum for Islamic Economies with the theme of “Digital Economy and The Way Forward.” This was under the patronage of HRH Prince Faisal bin Salman bin Abdulaziz, Governor of Al-Madinah Region, with the honor of HRH Prince Saud bin Khalid Al-Faisal, Deputy Governor of the Region. And in the presence of Dr. Mamdouh bin Saud bin Thunayan Al-Saud, President of the Islamic University of Madinah.

The Chairman of the Board of Trustees of Al-Baraka Forum, Abdullah Saleh Kamel, stated that the award seeks to be a new global tributary to the Islamic economy and a path of renewal innovation in its various fields. This is to support scientific research, discover young researchers, introduce them to the world, and encourage the spirit of innovation. The prize will be awarded again next year for distinguished people in the field of Islamic economics and the jurisprudence of economic transactions. He then called on institutions and individuals to take advantage of the award as a real catalyst for developing their research and studies in the four award tracks.

Kamel also pointed out the growing global interest in the Islamic economy. As he praised the ambitious strategy launched by the Kingdom to make the Kingdom of Saudi Arabia a global center for Islamic finance, which commensurate with the growing importance of the Saudi market globally in various fields of Islamic finance. This is evidenced by the bloom in sukuk issuances in the Kingdom. As it is expected to rank first in the world this year.

The launch of the symposium witnessed the presentation of a documentary film about Sheikh Saleh Kamel’s journey over five decades in the field of supporting Islamic economy and developing its mechanisms, inputs, and outputs, in line with the modern developments back then. The film also viewed his work in launching many investment tools to enable the Islamic economy, and how he supported his research around the world.

As part of the symposium activities, the Deputy Governor of the Saudi Central Bank for Research and International Affairs spoke about the Islamic financial industry, which has reached about $2.7 trillion, while its assets in the Kingdom amounted to nearly 3 trillion Saudi Riyals. He also pointed out that this sector is still witnessing rapid growth in the Kingdom, with a growth rate of 18% annually.

The advisor at the Saudi Royal Court and the member of the Council of Senior Scholars, Dr. Saad bin Nasser Al-Shathri, addressed in his speech the Islamic legal treatment of the issue of digitizing the Islamic economy. He stressed that technology serves many things, including the economy. And therefore, there is a necessity of technical control over the operations of banks, as well as seeking to find guarantees that stand in the face of those who tamper with economic technologies. He also suggested to make efforts to develop this field with the participation of Islamic universities around the world. He then thanked the leadership for their constant support for everything that would develop the Islamic economy in all fields.

The head of the International Advisory Group of the King Abdullah Center for Petroleum Studies and Research (KAPSARC), Dr. Majid Al-Munif, indicated that the digital economy enjoys official, popular, and international support. He also added that it has become a contributor to many financial and economic relations. It has provided unlimited opportunities for various things such as the transfer of capital, a qualitative leap in raising productivity, stimulating growth, achieving sustainable development goals, creating new professions, saving money, effort, and time, as well as solving problems in various fields. This includes education and health and working to help the world overcome the effects of the Corona pandemic.