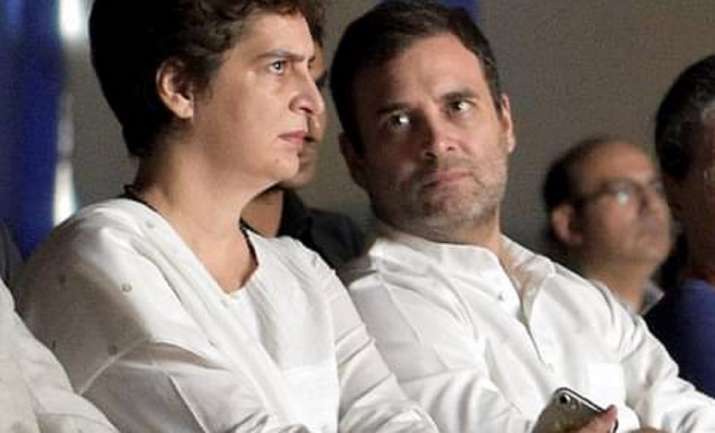 Congress leader Rahul Gandhi has again come out in support of sister Priyanka Gandhi, who was allegedly detained while she was on her way to violence-hit Lakhimpur on Monday. Taking to Twitter, Rahul Gandhi today said Priyanka is a ‘true Congress leader’.

“The one who is kept in custody is not afraid – she is a true Congress leader, will not give up! Satyagraha will not stop,” Rahul Gandhi tweeted in Hindi.

Earlier today, Priyanka Gandhi too had taken to Twitter and said she had been detained for the last 28 hours without an order, or an FIR.

“Narendra Modi sir, your government has kept me in detention for the last 28 hours without any order and FIR. But the person who crushed the farmers has not been arrested yet,” she tweeted in Hindi.

Meanwhile, Congress supporters continue to protest outside the PAC guest house in Sitapur where the party leader is allegedly detained.

As many as eight people died in the Lakhimpur Kheri incident on Sunday, said Uttar Pradesh police.

The Samyukt Kisan Morcha (SKM) issued a statement regarding the incident claiming the death of four farmers and alleged that one of the four farmers was shot dead by Union Minister of State for Home Ajay Mishra Teni’s son, while the others were allegedly run over by the vehicles of his convoy.

Refuting SKM’s allegations, MoS Teni said that his son was not present at the spot, adding that some miscreants mingled with protesting farmers and pelted the stones on the car which led to the ‘unfortunate incident’.