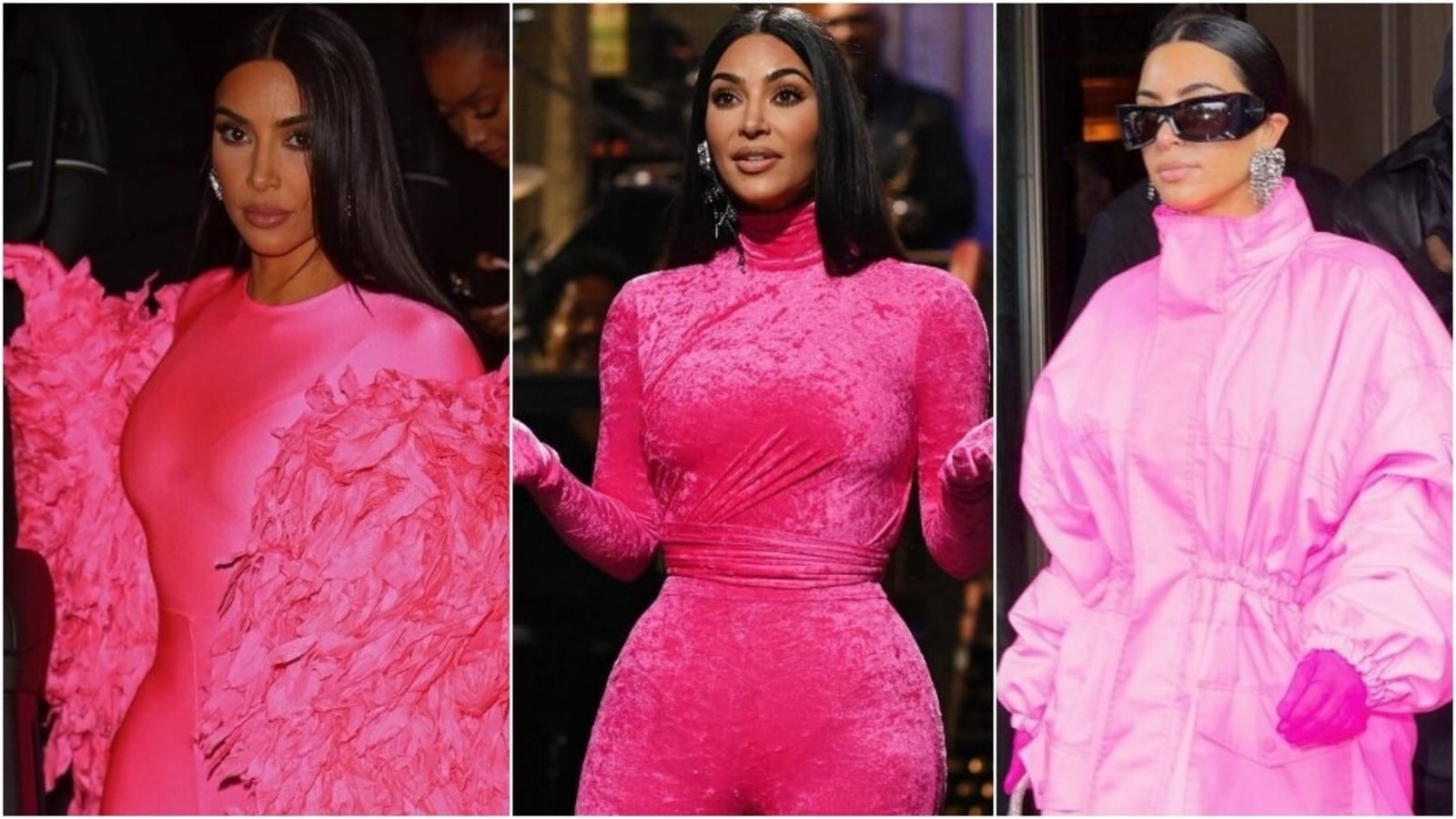 American socialite and entrepreneur Kim Kardashian West continued her love affair with French luxury fashion house Balenciaga as she made her Saturday Night Live (SNL) debut. She gave us not one but three exquisite fashion moments.

Kim made waves on social media last night with her opening monologue on the show that took digs at herself and her family members. Apart from her buzzworthy stint, her choice of outfits also made the internet swoon over her style.

The Keeping Up With the Kardashians star chose three outfits for her appearance on SNL, and all were from the French fashion house. Her ex-husband Kanye West had a vital part to play in conceptualising her looks. She chose a velvet catsuit, a long pink anorak coat, and another form-fitting spandex catsuit with a coat. The ensembles proved Kim is the GOAT when it comes to creating head-turning looks.

Kim took to the SNL stage in a head-to-toe pink velvet Balenciaga catsuit that had her fully covered from the turtleneck to the heels. The ensemble came in a jacquard patterned aesthetic and also featured opera gloves. Kim left her long locks open in her signature centre-parted style and accessorised her look with silver crystal drop earrings. Her nude lip shade, mascara-laden lashes, on-point contour, and glowing skin completed her glam picks.

On her way to the SNL studio with her ex-husband Kanye West, Kim chose a long blush pink anorak Balenciaga coat featuring an oversized silhouette, high-collar, and a sporty look. She teamed it with shimmering silver pointy boots, an embellished top handle bag, retro sunglasses, and crystal earrings. Additionally, before leaving the hotel, Kanye was also snapped fixing Kim’s coat.

After performing her monologue in the form-fitting catsuit, Kardashian was snapped leaving the SNL studio in another Balenciaga look. This time she chose a spandex catsuit with built-in heels, paired with a feather-adorned floor-length coat. It added a ’70s disco-era feel to her ensemble. Kim styled it with crystal earrings, centre-parted tresses and chic make-up.

As the host of last night’s show, Kim not only impressed everyone with her stand-out looks, she also made an impression with her Balenciaga looks. Clearly, her partnership with the luxury fashion house is a match made in heaven.