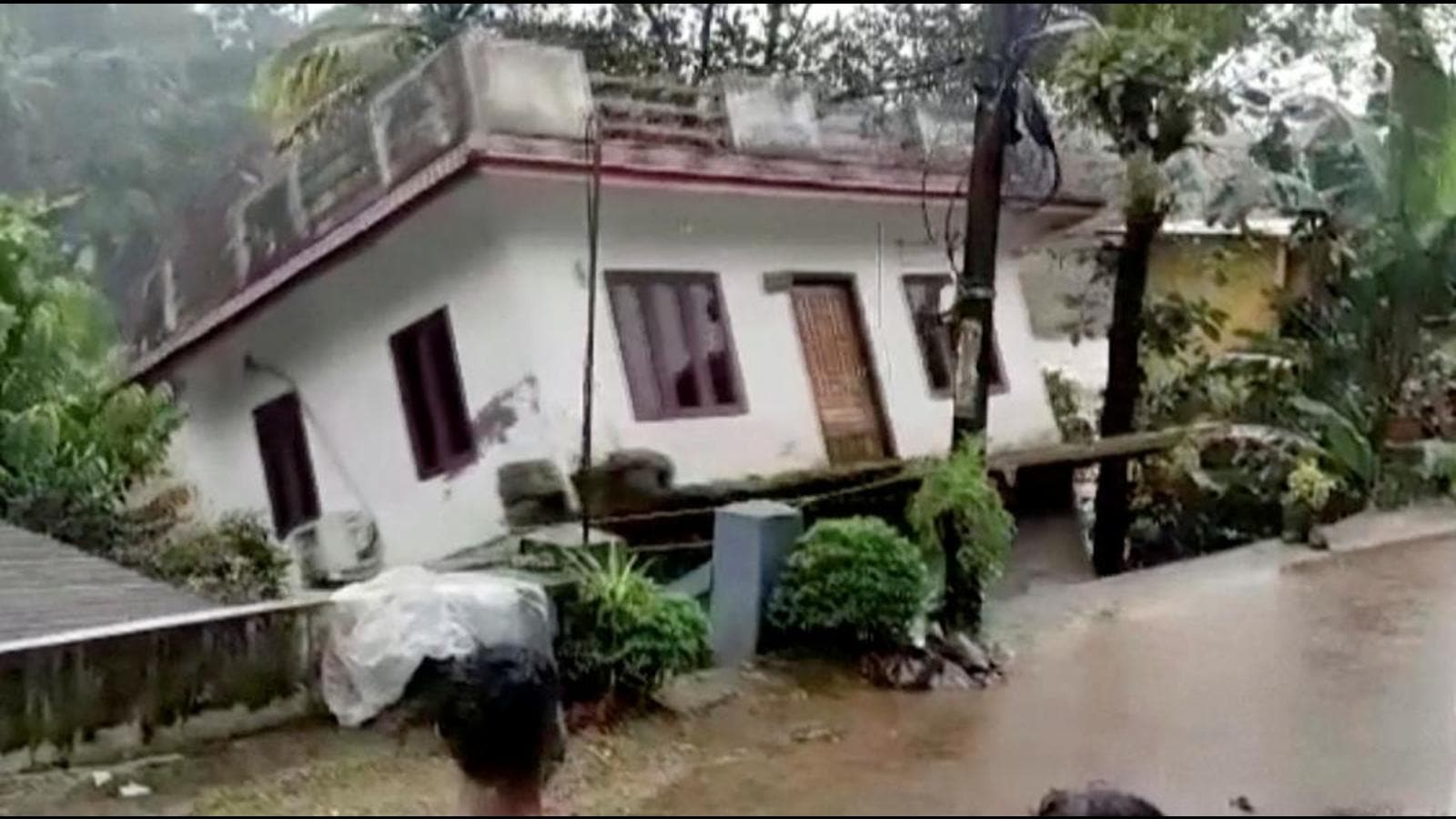 The unseasonal downpour last week has left a trail of death and destruction in Kerala, but a closer look at the weather condition in the state shows that there is a clear shift in rain pattern in the last five years. From the 2018 flood of the century to the October 2021 flash floods, the change is quite visible.

Experts say a rise in sea surface temperature in the Arabian Sea is one of the reasons for it and they cite frequent cyclonic circulations over the Arabian Sea to emphasise their point.

“The temperature over the Arabian Sea has gone up by 1.2 to 1.4 degrees Celsius in the last two decades increasing the frequency of cyclonic events along the western coast,” said Roxy Mathew, planet scientist with the Indian Institute of Tropical Meteorology, Pune.

He said usually temperature in the Arabian Sea is 1.5 degrees lower than the Bay of Bengal and this is one of the reasons for less cyclonic circulations and low pressure in the Arabian Sea. But of late, the situation is changing. What is disturbing is that the warming is seen not only in top layers of sea but also in the deeper layers of the ocean, he said.

“We all know more than 90% of the heat on earth is absorbed by oceans. Usually the temperature in the Indian Ocean and Bay of Bengal is above 28 degrees Celsius and in Arabian Sea it is between 26 to 28 degrees Celsius. But the Arabian Sea is warming up fast. It is quite visible in the last decade or so,” Mathew said.

He said a big shift in rain pattern is quite visible these days. “Though monsoon rainfall may decrease, the frequency of heavy rainfall will increase. This leads to an increase in flash floods and landslides,” he said. Kerala should have been very careful in land use because the state is endowed with many hills and rivers and has a slanting geographical landscape.

Experts say one of the reasons for high temperature is chemical reaction in the sea induced by pollution. According to a study conducted by the Central Marine Fisheries Institute of India (CMFRI) in 2018 major oceans will have more plastic than fish. By 2050 more than 850 metric tonne of plastics will be found in the sea whereas fish will be 821 metric tonne by then. Another study conducted by a global body Alfred Wegenar Institute says seas near Mumbai, Kerala and Andaman Nicobar Islands are among the most polluted in the world.

“It is sad in Kerala discussions start only after a tragedy and everyone forgets about it soon. It is high time the state will have to give top priority to environmental impact studies when it takes up developmental projects. Cloud bursts, flash floods and landslips are here to stay. The state will have to pay a heavy price if it goes ahead ignoring such climate change signals,” said Dr MG Manoj of the Advanced Centre for Atmospheric Radar Research with the Cochin University of Science and Technology.

The state is yet to learn its lesson from the many tragedies including the 2018 flood, said Dr Dr VS Vijayan, a member of the Madhav Gadgil committee on Western Ghats and founding director of the Salim Ali Centre for Ornithology.

“For us development is plundering of natural resources and cutting of trees. Kerala will have to redraw its development concept completely. Again, we are talking about elevated high-speed railway line, ghat highways and coastal townships,” he said.

“Kerala can take the lead in implementing the UN General Assembly resolution on sustainable development. Our overdependence on natural resources will be reduced naturally and we can think of a better tomorrow. Whether you take Uttarakhand, Kerala or the Northeast calamities are leaving untold miseries. But for this, we need a committed political leadership,” he said. The UN General Assembly had passed a resolution in 2017. It is a set of suggestions to achieve a better and more sustainable future for all by 2030.

Noted ecological scientist Madhav Gadgil, who headed an expert group to study degradation of Western Ghat mountain ranges, said people will have to take more proactive roles to protect their place of living, surroundings and environment.

“I agree lopsided developmental activities aggravated the intensity of natural disasters. But I still have hope about Kerala. It was the first to take up decentralised planning. Let people take up their bread and butter issues along with sustenance,” he said adding states like Maharashtra and Goa also experience similar tragedies year after year but Kerala gets wider publicity.