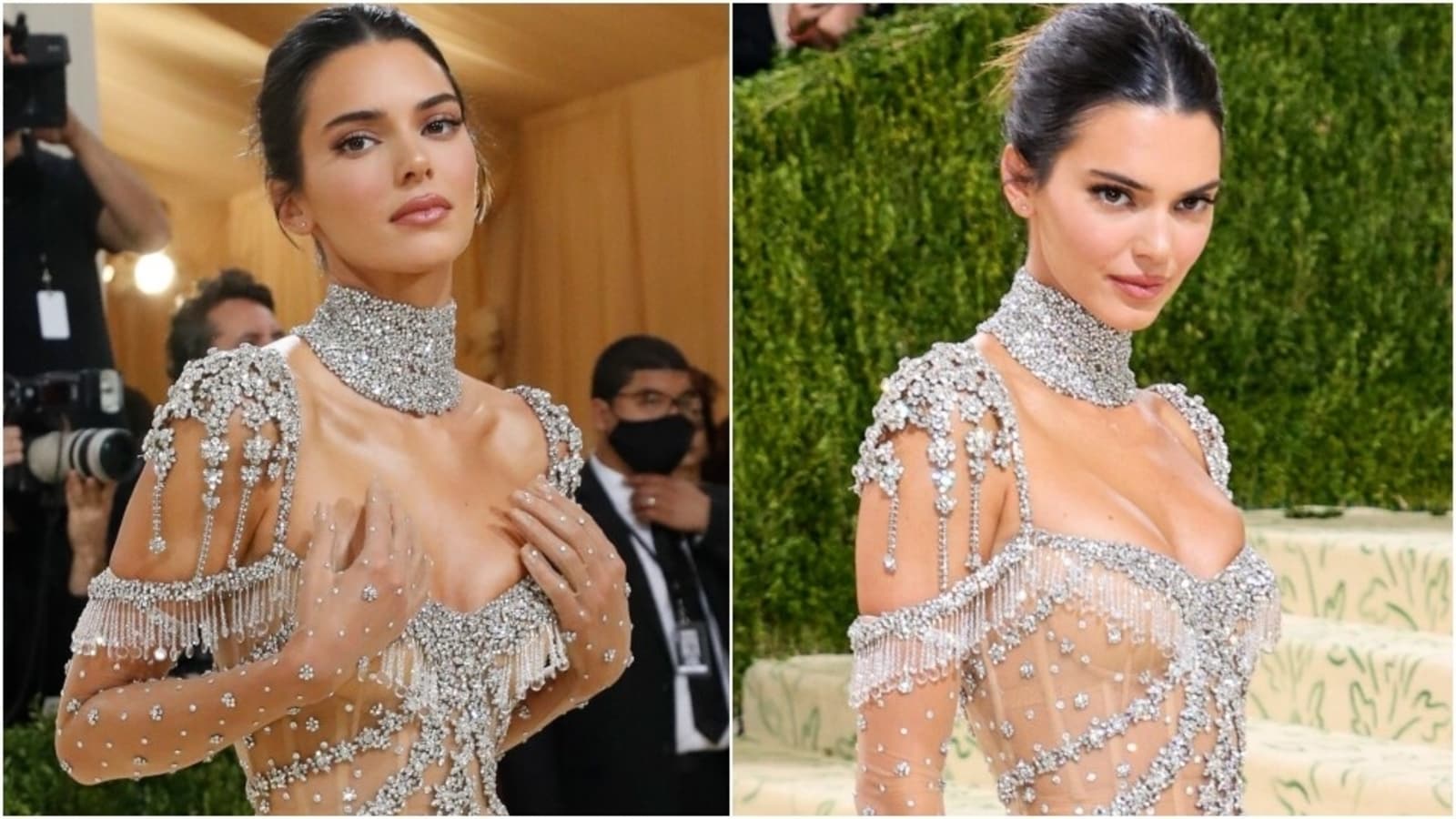 Met Gala 2021: It is fashion’s biggest night out, and rightfully indeed. As the biggest stars in the industry graced the Met Gala red carpet in the most surreal, extravagant and bizarre looks, one celebrity proved why they are THE supermodel for a reason. We are talking about Kendall Jenner and her sheer dress that left little to the imagination.

Kendall Jenner returned to the red carpet at the Metropolitan Museum of Art in New York City solo, as she decided to come without her boyfriend, Devin Booker. She wore a sheer gown embellished with glittering rhinestones for the night’s American Fashion theme.

The 25-year-old model’s see-through curve-skimming dress was by Givenchy. According to Page Six, it was a look inspired by famed Givenchy muse Audrey Hepburn’s dress, which she wore in My Fair Lady. The dress also included the same jewel-embellished sleeves and a choker, minus the sheer factor.

Kendal Jenner’s Givenchy sheer dress came with a floor-grazing train, draped into a mermaid-like silhouette, accentuating the model’s curves. The dress was encrusted with rhinestones, which crept onto the shoulders like epaulettes, and a crystal fringe tracing the bodice. She completed the outfit with nude-coloured underwear underneath the dress.

Other members of the Jenner-Kardashian family were also present at the Met Gala. Kendall’s mom, Kris Jenner, and sister, Kim Kardashian, arrived in all-black ensembles. Her pregnant sister Kylie Jenner, however, skipped out on the America-themed event.

The last time Kendall walked the Met Gala red carpet was in 2019. She had arrived at the event with sister Kylie Jenner wearing similarly-designed, orange and purple Las Vegas showgirl-inspired Versace looks.