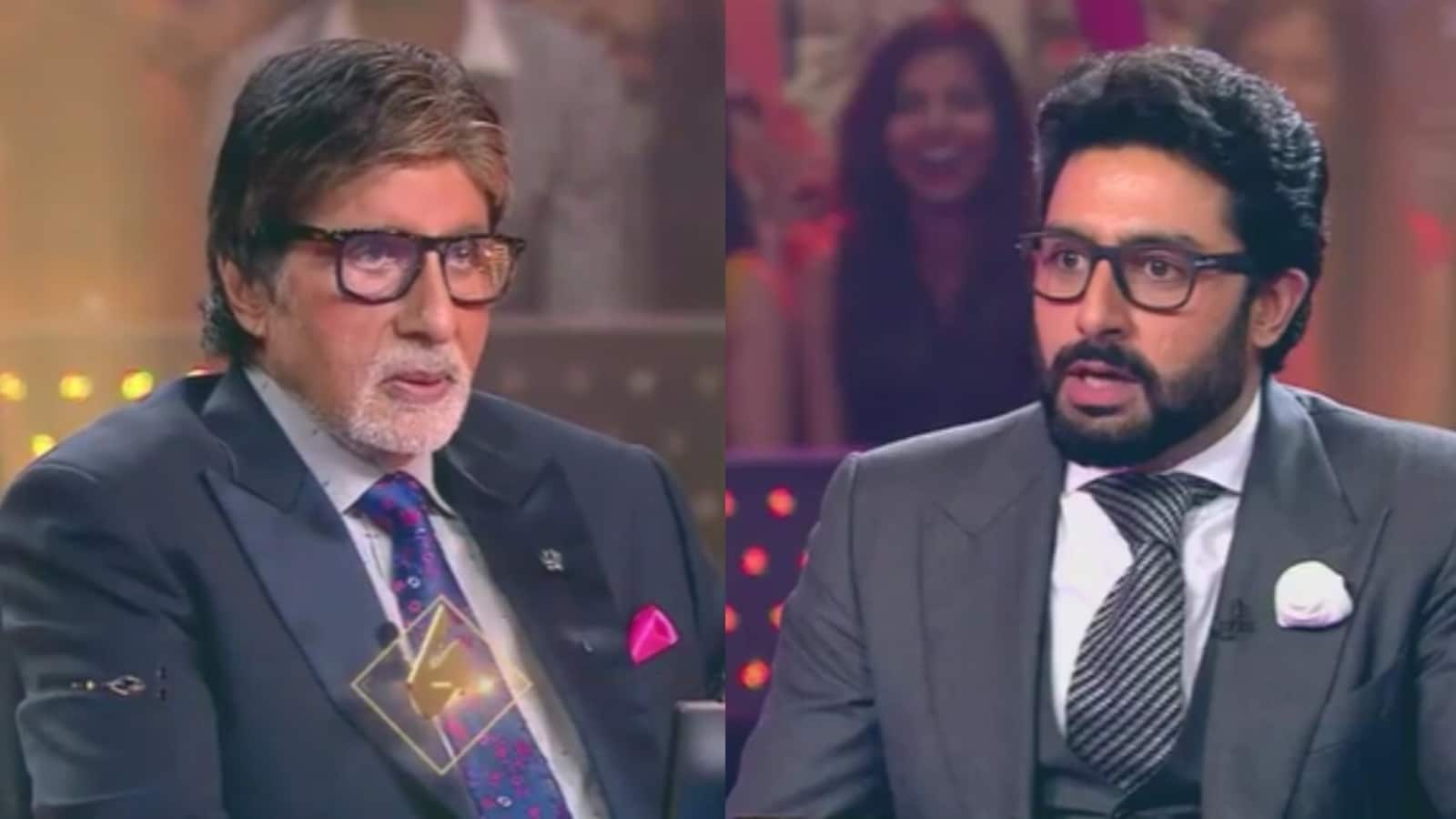 Through the years, Kaun Banega Crorepati has hosted several celebrity guests. From Shah Rukh Khan and Salman Khan to Deepika Padukone and Sachin Tendulkar, Amitabh Bachchan has quizzed many stars. However, when Amitabh’s son, actor Abhishek Bachchan appeared on the show once, it was Amitabh who sat in the hot seat.

In an old promo for a 2017 episode, Amitabh was seated on the famous hot seat while Abhishek took over the hosting duties. “Mere saamne baithe hai Mumbai se aaye Shri Amitabh Bachchan (Sitting in front of me is Mr Amitabh Bachchan from Mumbai),” Abhishek introduced his father.

“He is an actor, and he has worked in films across different languages. His hobbies include singing and working. If he wins a huge amount on the show, he will give that amount to his son,” Abhishek said, referring to himself.

Amitabh asked, “Says who?” Abhishek replied, “You have only taught us, what is mine is also yours.” Amitabh said, “But today, what is mine, isn’t going to be yours because that’s mine.”

Abhishek has appeared on the show a couple of times, including once with the team of Happy New Year. The actor was joined by Shah Rukh Khan and Deepika Padukone, along with other stars, on the special episode.

On Friday’s episode, Amitabh will host actor-couple Riteish Deshmukh and Genelia Deshmukh. In one of the promos released from the episode, Riteish went down on one knee and delivered few of Amitabh’s iconic lines. However, he add an element of romance to them.