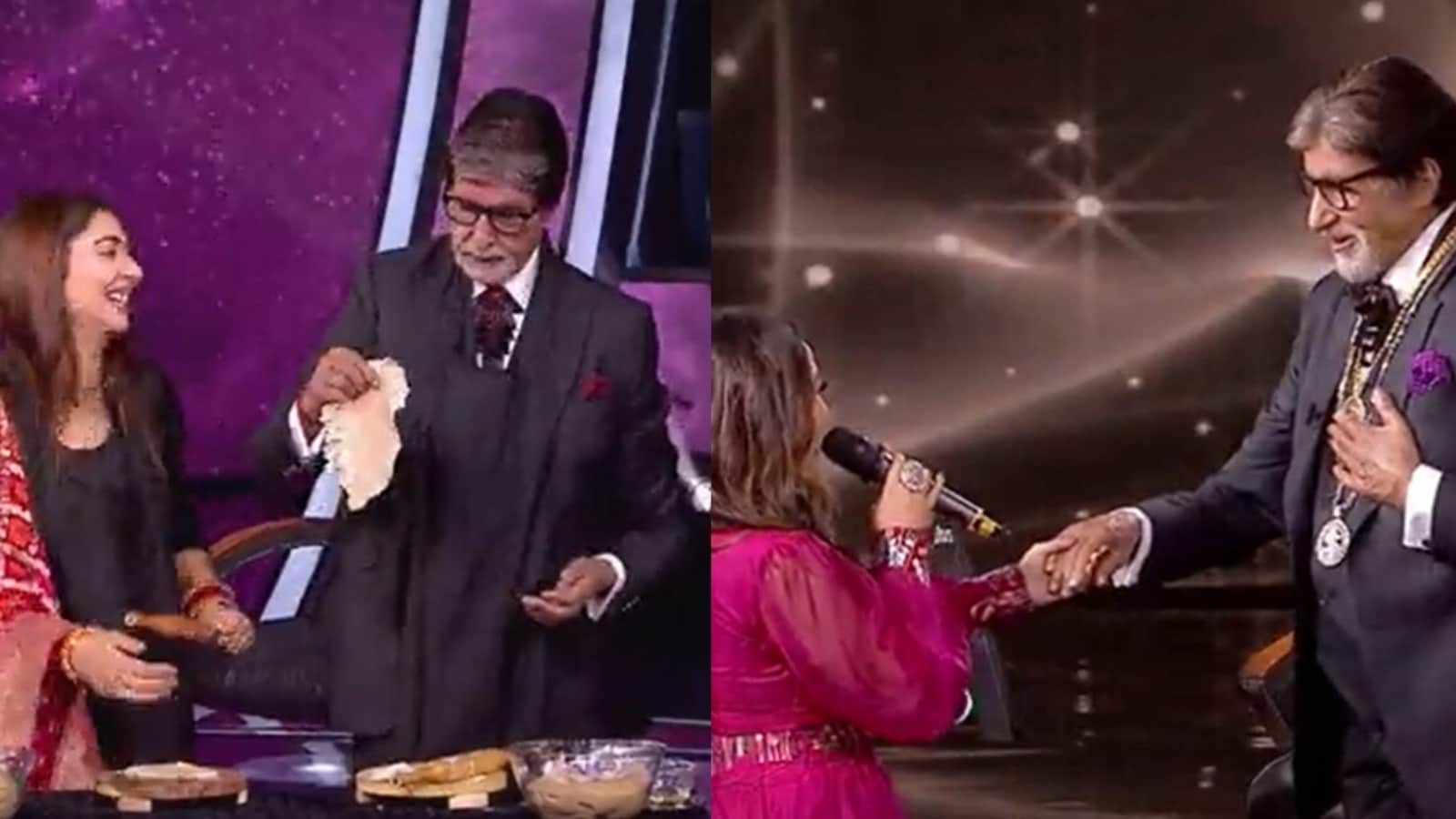 Kaun Banega Crorepati 13 is heading into its finale week and the channel has teased a star-studded week ahead. A new promo has been released by Sony Entertainment Television on Saturday, giving a glimpse of the guests appearing on Amitabh Bachchan’s show.

KBC confirmed a potpourri of stars will be appearing in the finale week. These include Badshah, Neha Kakkar, Disha Parmar, Ayushmann Khurrana, Vaani Kapoor and Maniesh Paul, among others.

In the promo released on Saturday, Neha sings Amitabh’s hit track Kabhi Kabhie Mere Dil Mein while Badshah stands beside her. Amitabh is visibly impressed by her performance. Amitabh is also seen recreating a scene from his 2020 film Gulabo Sitabo with Ayushmann.

The video then shows Amitabh making rotis with Disha Parmar and Maniesh Paul, along with other guest stars. While the rest make a perfect round roti, Amitabh holds up a tattered roti.

Amitabh is also seen grooving with Badshah to his song Jugnu and dancing with Vaani in the promo. “Aaj kamar bhi hil gayi, pao bhi hil gaya, humara gym jaana khatam (I have danced so much, I don’t need to go to the gym),” he says at the end of the promo.

The finale week comes shortly after Kaun Banega Crorepati completed 1000 episodes. The show had begun in 2000 with Amitabh hosting it for 12 seasons. Shah Rukh Khan had hosted one of the seasons in the early stages of the show.

Speaking about the reason behind taking up the show, an emotional Amitabh said on the 1000th episode, “Humari apni kuch paristhitiyan aisi thi ke mujhe laga ke filmon mein kaam jo hai wohh mil nahi raha tha, lekin pehle broadcast ke baad jiss tarah ke reaction aane shuru hue, phir aisa laga ke puri duniya badal gayi hai (However, my circumstances were such that I wasn’t getting any work in films at that time, but after the show premiered, the kind of reactions I received made me believe that the world changed for me).”