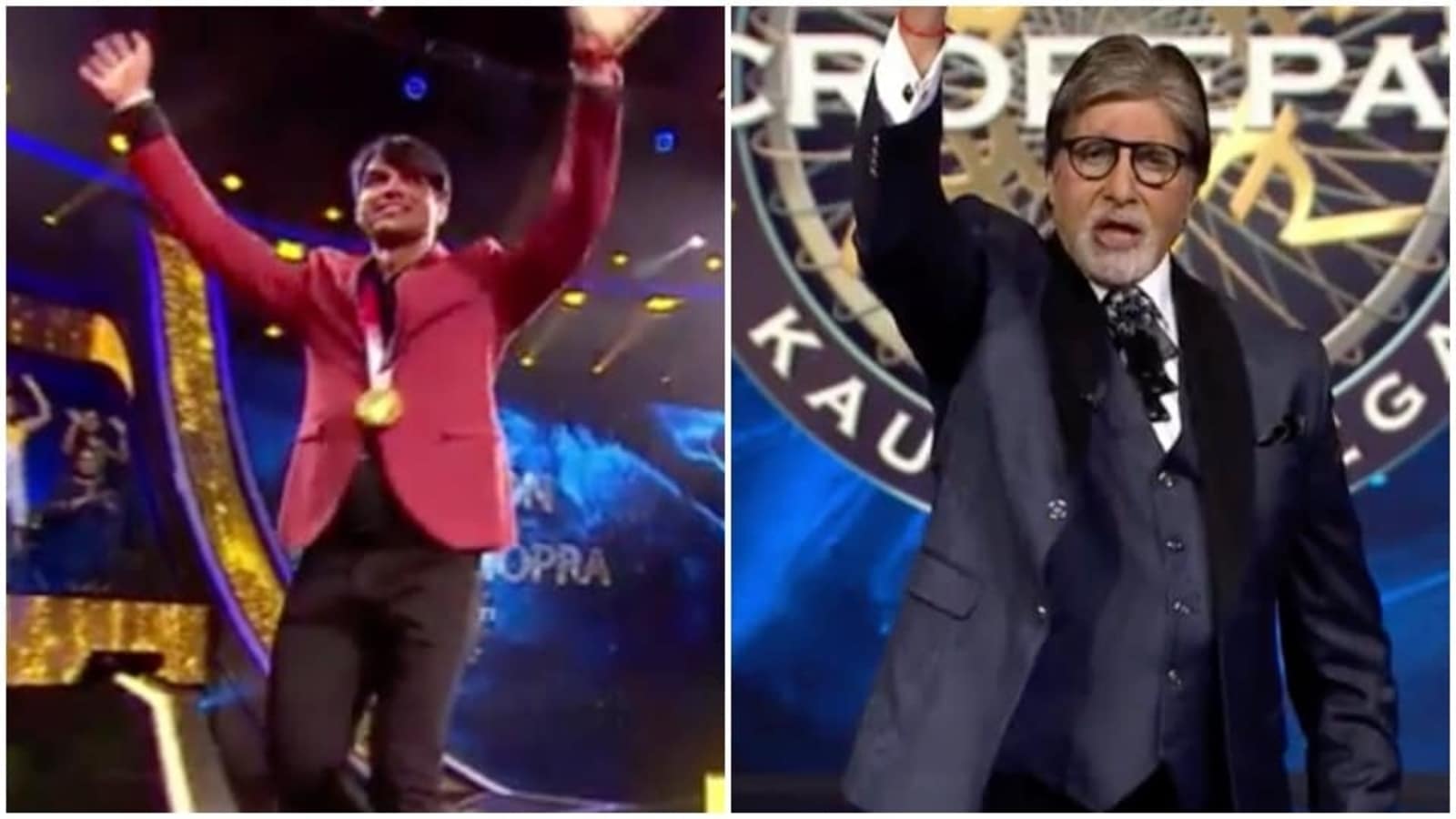 The promo for an upcoming Shandaar Shukravaar episode of Kaun Banega Crorepati season 13 is out. The new guests on the show will be Olympians Neeraj Chopra and P Sreejesh, who won medals at the recent Tokyo Olympics.

In the promo video, Neeraj, who won the gold medal–India’s first in track and field category for javelin throw–arrived on the show with his arms raised, greeting the audience. He wore a red jacket and his gold medal. P Sreejesh, who was part of the men’s hockey team, which won the bronze medal, will also join Neeraj for the episode. The promo ends with host Amitabh Bachchan chanting ‘Hindustan Zindabad’.

Neeraj and Sreejesh’s episode will premiere on September 17. Fans of the show are excited to watch them play the game with Amitabh Bachchan. “Woow what a promo, such a proud moment,” wrote one. “Goosebumps to see the icons on screen and hear ‘Hindustan Zindabad’. Youth icons.. eagerly waiting,” wrote another fan.

Last Friday, Amitabh hosted actor Deepika Padukone and filmmaker Farah Khan on the show. The group shared multiple anecdotes during the episode from their time working together.

Deepika also shared that she was there to support a cause related to mental health issue. She also explained to Amitabh the extent of her own depression in 2014. “Sir, in 2014, I had depression. I subsequently set up a mental health organisation, through which we try to de-stigmatise mental illness and create awareness about mental health.”

Kaun Banega Crorepati returned with its 13th season in August and found its first crorepati in Agra’s Himani Bundela. The studio audience is back this season. Last year, the show’s team decided not to include live audience so that contestants and host Amitabh could stay safe against coronavirus infection.

This is Amitabh’s 12th year as host on the show. Actor Shah Rukh Khan is the only other person who has hosted Kaun Banega Crorepati. He was called on board season three after Amitabh stepped down from the role.