KBC 13: Here’s why John Abraham cried on show, got tissues and water from Amitabh Bachchan 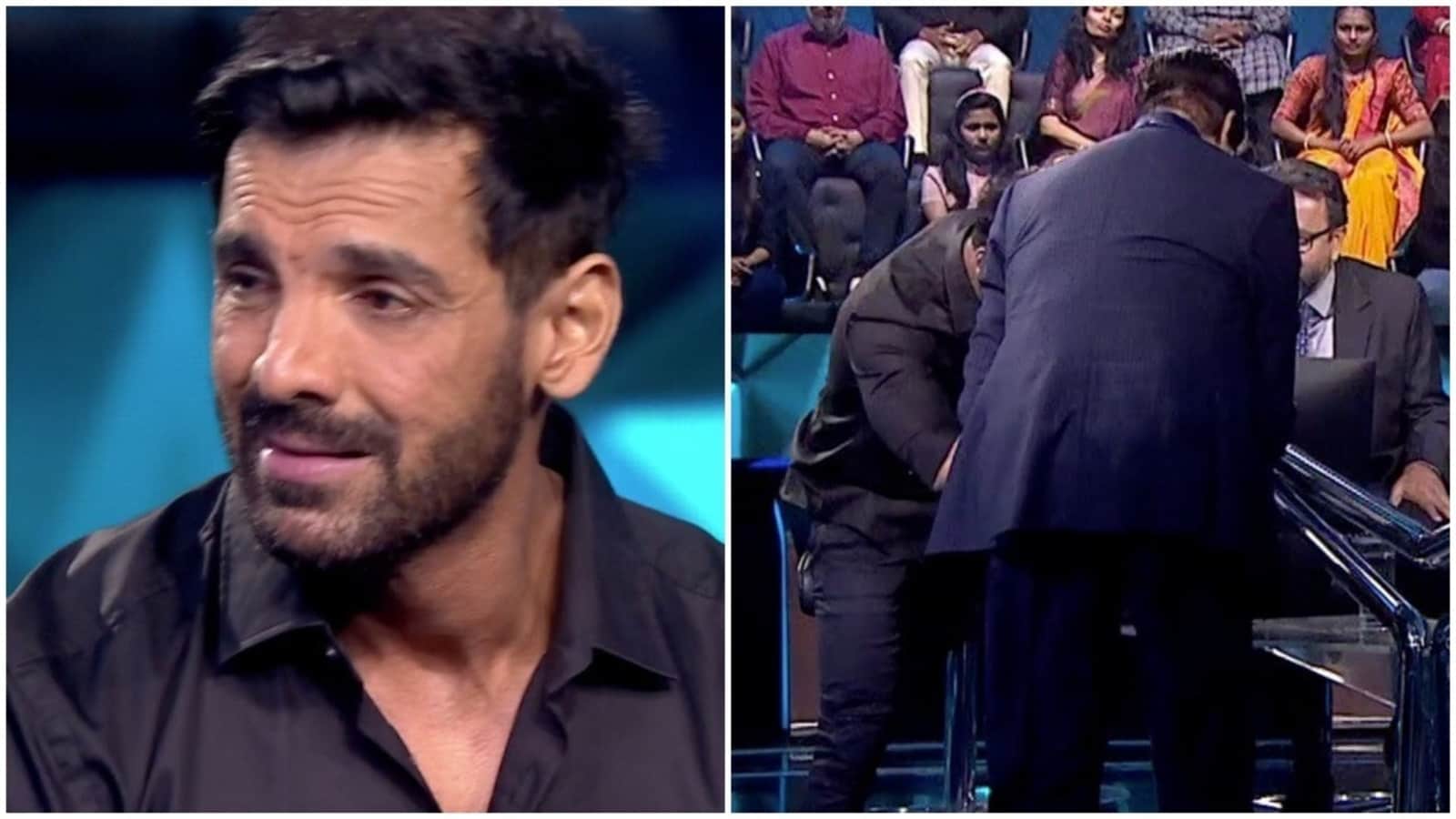 John Abraham was overcome with emotions on the latest episode of Kaun Banega Crorepati, season 13. During the Shaandaar Shukravaar episode, John was joined on the hot seat by filmmaker Nikkhil Advani.

When host Amitabh Bachchan asked him about the cause he was supporting and trying to win some prize money for on the show, John got emotional. John confessed his love for animals and hatred for those who are cruel to them. He said that he was supporting animal welfare trusts and an animal shelter.

Amitabh showed the audience a video from the shelter John was trying to win money for. In the video, many cats, dogs, cows and other grievously animals were seen. John could not help but tear up at their condition.

As the video ended, the audience and the guests sat in stunned silence. John was shaking from what he had seen. Amitabh offered him water, got off his seat and even offered him a box of tissues. John, after wiping his tears, thanked Amitabh and assured him that he was fine. “I am okay sir,” he said. Amitabh hoped that the audience would be moved by the scenes from the video and never harm animals around them.

Also during the show, John revealed a large scar on his chest and the story behind it. “When I was in college, I used to train in Taekwondo. In an attempt to make money, I travelled to Thailand and there, I participated in a Mauy Thai tournament for kick boxing just to make some money,” he revealed.

John then got off his seat, unbuttoned his shirt and said, “Ek round mein, ek boxer ne mujhe (chest pe) kick kiya aur ye pura phatt gaya tha (I want to show you, during one of the rounds, a boxer kicked – gesturing his kick – my chest ripped apart).” Amitabh winced at the huge scar right in the centre of his chest. On public demand, John also showed off his abs.