KBC 13: Amitabh Bachchan left in splits after contestant asks him to hit him on his head. Watch 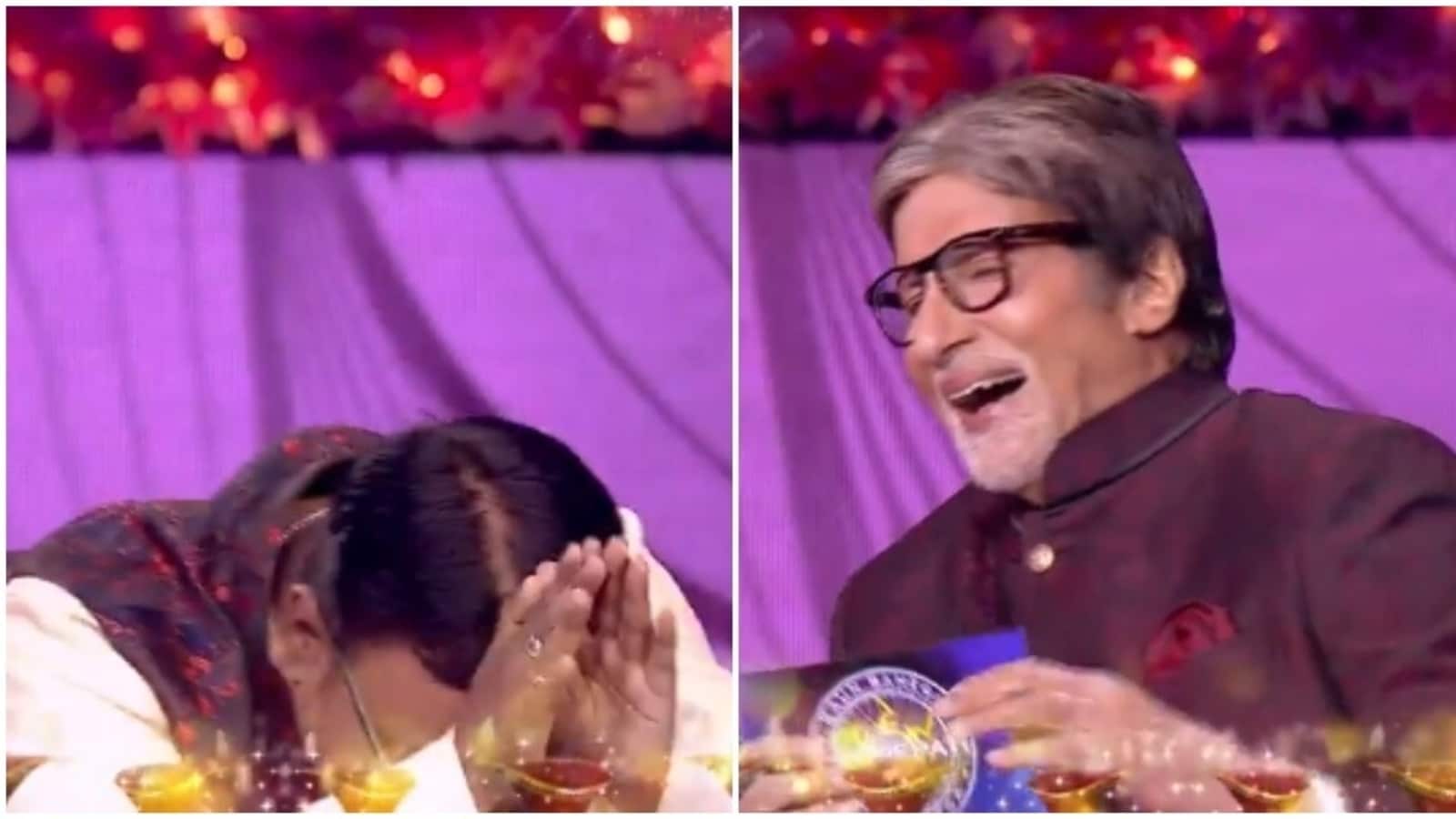 Actor Amitabh Bachchan was left in splits after a Kaun Banega Crorepati 13 contestant asked him to hit on his head with a cane. In a promo shared by Sony Entertainment Television, KBC contestant Indrajit was asked several questions by the host. Each question required the contestant to pick between his mother and wife.

Referring to Indrajit’s ₹3,20,000 cheque, Amitabh asked him, “Sabse pehle cheque kiske haath mein aap denge (Who will you give the cheque first to)?” Indrajit replied, “320 ko 160-160 ka cheque hoga dono mein (I’ll divide the amount in half and give them different cheques).”

After that, when Amitabh asked him, “Maataji aur patniji aapko ek hi samay par aawaaz lagaye (What if your mother and wife call you at the same time)” and Indrajit interrupted, “Aap kya chahte hai main yahi reh jaun? Mumbai se ghar na jaun (Do you want me stay back? You don’t want me to go back home from Mumbai)?” Amitabh burst out laughing at his reply.

Amitabh then told Indrajit, “Yeh teesra aur aakhri prashna (This is the last question).” Indrajit then joined his hands together, got down from his seat and told Amitabh, “Sir aap ek danda laiiye aur mujhe mariye (Sir you bring a cane and hit me).” Amitabh was left in splits listening to Indrajit.

Amitabh Bachchan returned with his popular game show Kaun Banega Crorepati in August. Amitabh has been hosting the game show since its inception in 2000, except for the third season in 2007, which was hosted by actor Shah Rukh Khan.