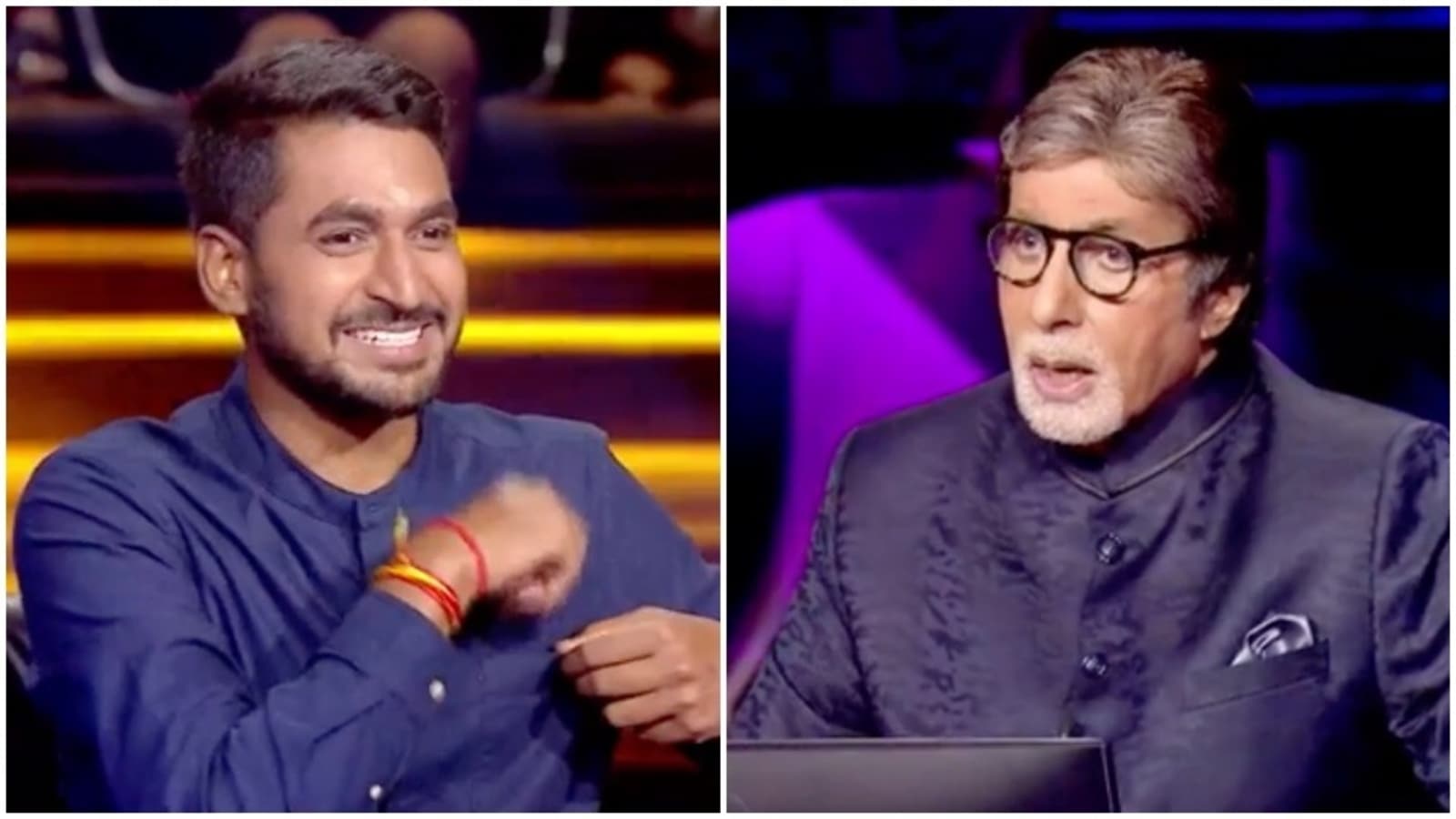 Host Amitabh Bachchan was stumped when a contestant on Kaun Banega Crorepati 13 said he disliked his pocket square.

A new promo for an upcoming episode of Kaun Banega Crorepati 13 was shared online on Tuesday. It showed host Amitabh Bachchan in conversation with contestant Pranshu Tripathi, who wasn’t too impressed with the actor’s outfit.

Pranshu told Amitabh in the clip that he, too, had a bandhgala like his. However, he did not like Amitabh’s pocket square. “Sir I had to tell you something. I have a suit just like this. But I don’t have this,” he said, pointing to Amitabh’s satin pocket square. “Ye bada bekar lagta hai. Bilkul accha nahi lagta (It looks really bad. Doesn’t look good at all),” he said, leaving Amitabh speechless. He said that such suits are worn at weddings.

The host, however, took it all in good humour and said he would give it to him after the ‘khela (game)’ is over.

The next part of the clip showed Pranshu preparing to tackle the ₹1 crore question. He looked nervous as he attempted the question and said that the amount means a lot to him.

Previously, Himani Bundela, a teacher from Agra, won ₹1 crore on the show. She is the only contestant this season to have won the amount. In an interview with a leading daily, Himani said after her win, “Just hearing his voice, his presence boosted my confidence. We have always heard about him that he is humble and we have seen that on TV. But I got to experience that personally. We all know how down to earth he is and I experienced that when he offered me water and tissue. I will remember this for a lifetime how special he made me feel on the show. Not just me, even my mom and dad and my family felt respected when they came on the show. This will be the best moment of my life.”