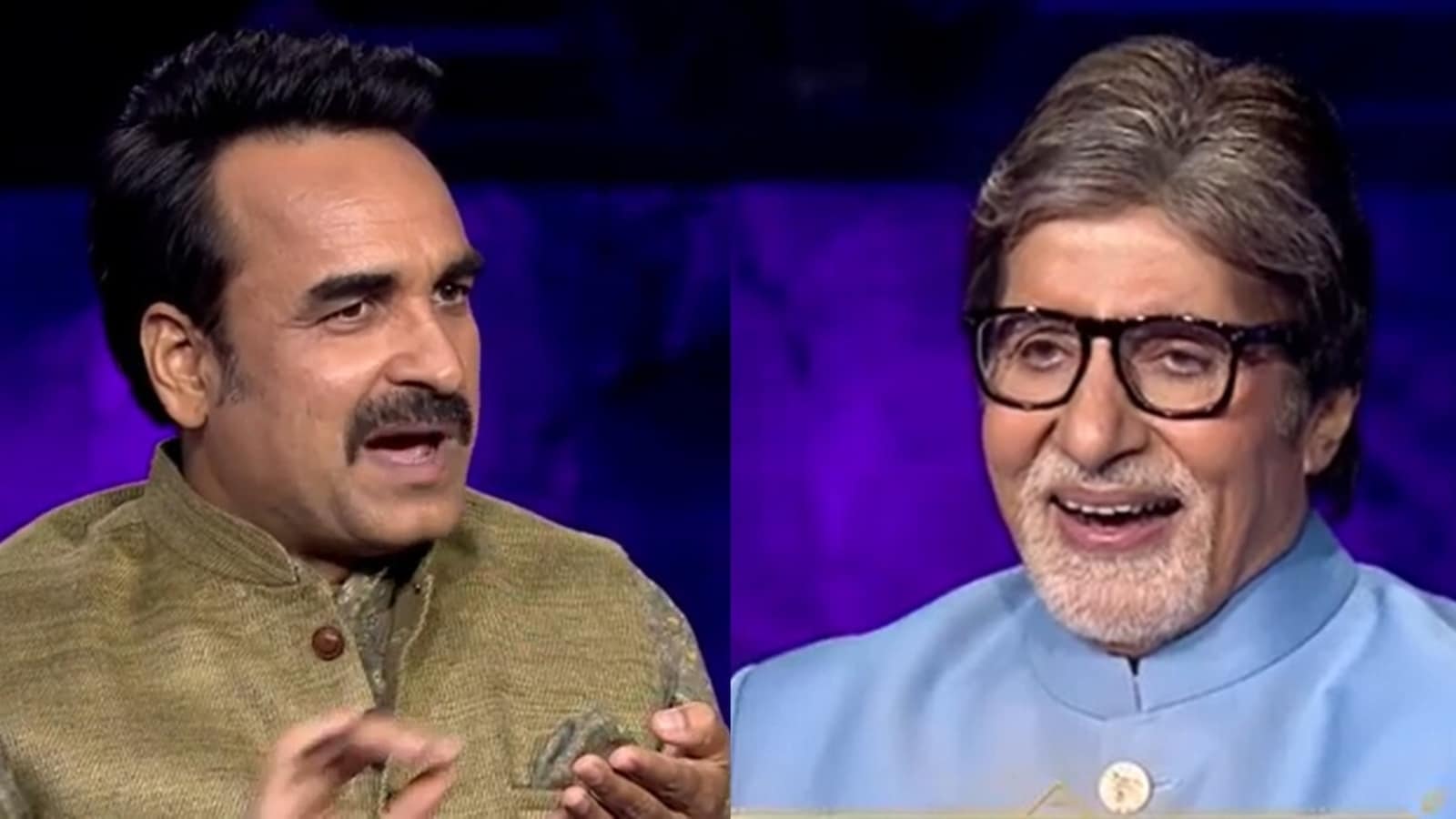 Pankaj Tripathi shared details about his love life with Amitabh Bachchan during Kaun Banega Crorepati 13. Pankaj and Pratik Gandhi will appear as special guests on the upcoming Shandaar Shukravaar episode.

In a video, shared by Sony Television on Instagram, Amitabh Bachchan asked Pankaj Tripathi if he has ever written a love letter. He broke into a wide smile and turned to his wife Mridula Tripathi, who was seated in the audience. She couldn’t stop blushing.

“I wrote a very symbolic love letter once. The first half of the letter was normal – talking about everyone in the house, paying my respects to the elders of the family, giving an update about my well-being – but in the end, I added, ‘Bado ko pranaam aur chote ko pyaar (My respects to the elders and love to the younger ones)’,” he said in Hindi.

“But ek baat zarur thi, dil dene ke pehle hum puchte the, ‘Vivaah karogi kya?’ (she asked) ‘Kyun?’ Maine kaha, ‘Uske baad mein pyaar karunga’ (But there’s one thing. Before I gave my heart, I asked if she would get married to me. When she asked why, I said, ‘I will fall in love with you only if you marry me,’” Pankaj added.  “Kya baat hai, waah waah,” Amitabh responded.

Also read: KBC 13: Amitabh Bachchan says nurse who took care of his dad refused to work for his mother. Here’s why

Earlier in the day, another promo from the episode was released and it featured Pratik asking Amitabh some questions about middle-class households. The actor asked the KBC 13 host if he has ever whacked a TV remote if it didn’t work, turned a discarded piece of clothing into a washrag and wiped dirty hands on his trousers. The questions left Amitabh speechless.