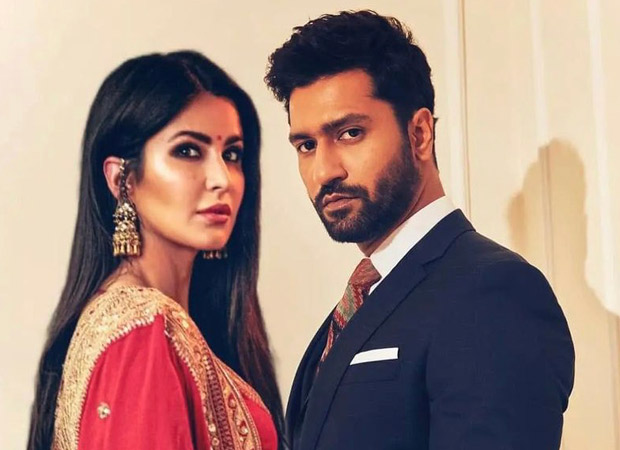 Bollywood stars Katrina Kaif and Vicky Kaushal’s wedding guests have started arriving in Jaipur, where the couple will tie the knot on December 9. The pre-wedding celebrations are on in full swing at Six Senses Resort, Fort Barwara in Rajasthan’s Sawai Madhopur. The sangeet ceremony will reportedly be held on Tuesday, December 7 while the wedding will take place on December 10. Ahead of the sangeet ceremony, the wedding guests receive refreshments along with a sweet note.

The wedding is going to be a private, intimate affair with only immediate family and close friends in attendance. The security arrangements have been tightened in the entire area, and restrictions have been imposed on the movement of people.

Directions have been given that all guests should have got both the doses of vaccination keeping in mind the Covid pandemic. RT-PCR test is compulsory for those who have not taken vaccine doses. For Security, 100 bouncers have come from Jaipur on December 5. Rajasthan police personnel will also be deployed for the security of the VIP guests.

Almost 40 luxury cars have been lined up at the Jaipur airport since morning. All are there to receive guests for VicKat wedding. Several celebrities including Kabir Khan, Shankar Mahadevan, Gurdas Maan, Neha Dhupia, have arrived to join the festivities in Sawai Madhopur.

According to a report, 100 confectioners from Karnataka have arrived at the resort on Sunday. The couple has made strict security arrangements so that no photos or videos of the wedding are leaked outside. The couple has reportedly made guests sign the non-disclosure agreement, and no mobile phones or cameras will be allowed at the wedding.

The reports suggest that as many as 120 guests, including film industry heavyweights, are expected to be at the venue for the wedding functions.

A reception will be hosted for the film fraternity at a much later date. The two are expected to tie the knot on December 9, as per Hindu customs. The Sangeet ceremony will be held on December 7, followed by the Mehendi ceremony the next day. A special reception will also be held after the wedding ceremony on December 10.

Also Read: When Katrina Kaif opened up about her break up with Ranbir Kapoor: ‘It’s going to be a never-ending topic’