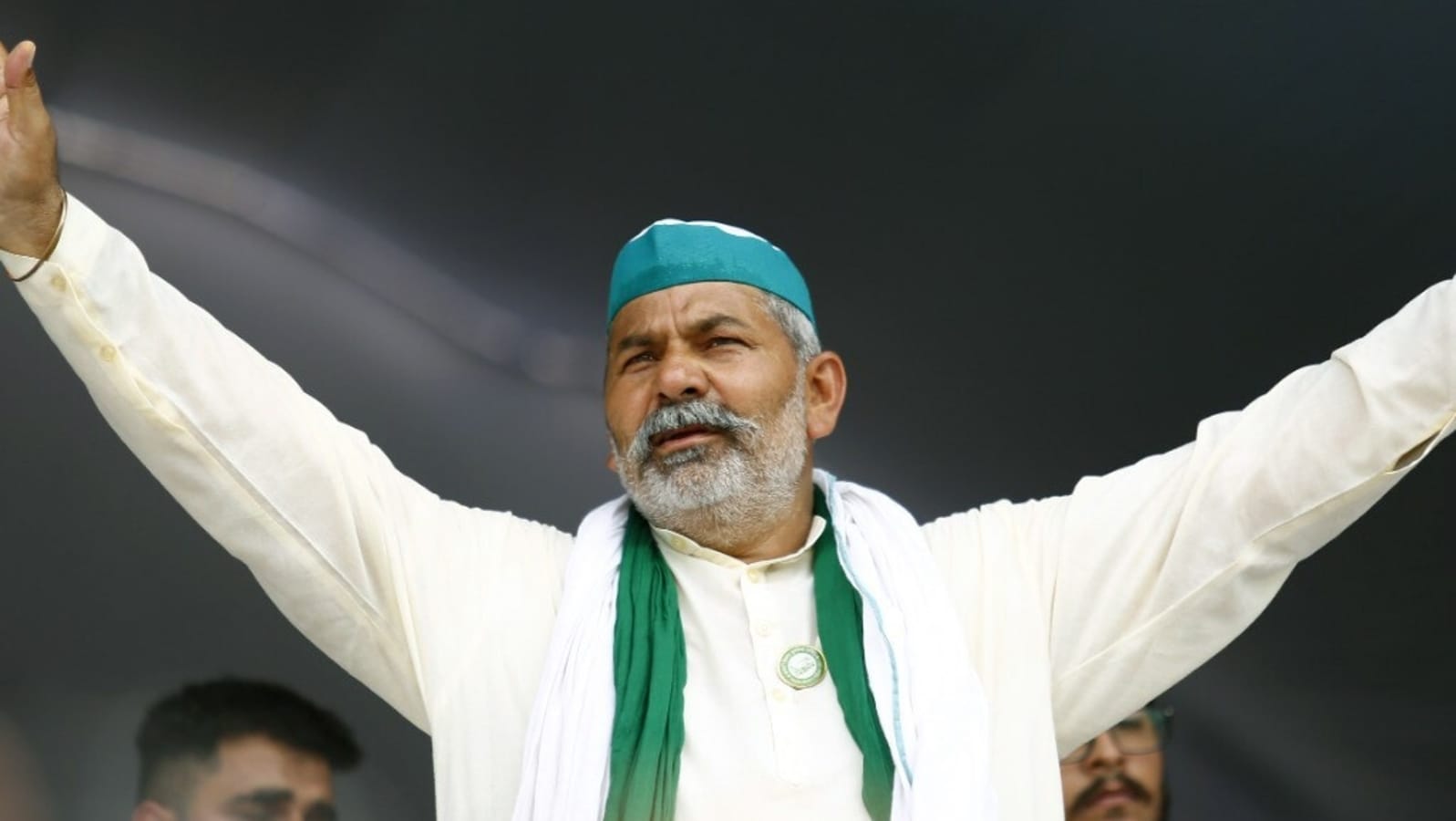 The statement came after talks between Karnal district officials and farmers, who held a massive mahapanchayat on Tuesday afternoon and later marched into town to surround the mini secretariat, broke down for a second consecutive day.

“We will start a morcha at Karnal which will be parallel to the ongoing protests at Delhi borders and our leaders will stay here for further discussion,” said farm leader Rakesh Tikait after the meeting, announcing that the talks had failed.

He was referring to protests by tens of thousands of farmers from Punjab, Haryana and other north Indian states at Singhu, Tikri, Ghazipur and other spots outside Delhi for the past nine months. The protesters are pressing for the repeal of three controversial central laws on agriculture.

Three rounds of talks between farmers and the government had failed on Tuesday, after which thousands of protesters pitched tents and sat down outside the mini secretariat building. They remained there on Wednesday.

The district administration invited the farm leaders for talks at 2 pm to end the standoff. “We are demanding both FIR against the IAS officer and his suspension,” Rakesh Bains, Bharatiya Kisan Union (Haryana) spokesperson, who was part of the 11-member farmers team, said.

“Farmers were demanding action against the former Karnal SDM (Ayush Sinha), but how can action be taken without holding an inquiry?” he asked, urging the farmers to keep their protest peaceful.

But the farm leaders blamed the administration. “The talks completely failed because the government is adopting an adamant attitude,” said Yogendra Yadav, a member of the Samyukt Kisan Morcha, after the three-hour meeting. He said the government was not ready to suspend the IAS officer, let alone register a case against him.

The farmers have vowed to not lift the blockade till the government lodged a case of murder against SDM Ayush Sinha, who was caught on tape allegedly telling policemen to “break heads” if protesters crossed the line during a rally on August 28. They also want him suspended. Sinha has since been transferred and posted as additional secretary of Citizen Resources Information Department (CRID), as per a government order.

Karnal is the home constituency of Haryana CM Manohar Lal Khattar, who defended the August 28 police action that left some farmers injured and allegedly caused the death of one protester – a charge denied by the administration.

The farm leaders alleged that the government was shielding Sinha. “It seems that the IAS officer posted in the CM’s city was obeying some special directions,” Yadav said.

On August 28, around 10 protesters were hurt in clashes with police in Karnal as farmers tried to march towards the venue of a BJP meeting, in which the chief minister and other senior state leaders were present. Farm leaders claimed that a protester died later, an allegation rejected by the administration.