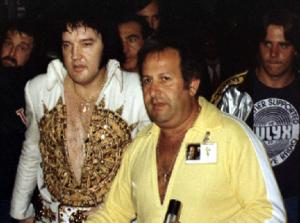 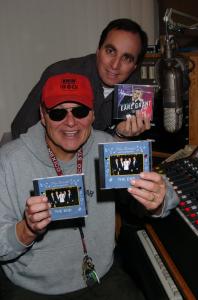 Australia, Europe, USA, And The Rest Of The World are Increasingly Spooked And In Awe Of Mysterious New Epic Music Masters By John Krondes And Elvis Hit Team.

LOS ANGELES, CA, UNITED STATES, June 20, 2022 /EINPresswire.com/ — HOLLYWOOD NEWS…THE MEMPHIS SOUND COMES BACK TO LIFE AND BRINGS ELVIS ALIVE!!! It’s Impossible the naysayers say. Well, it appears that the doubters are now left unsure, and the rest of us are just puzzled to say the least. Hollywood’s “Mystery Man” John Krondes has proven the IMPOSSIBLE POSSIBLE and has come out of left field; or Orbit should we best say, and has the entertainment industry “all shook up” over news of his “Pot Of Gold” New Music Masters with the original Elvis Presley musicians. Singer John Krondes is racking up a big base of music fans spanning the USA, Europe, Australia, New Zealand; and the world.

Even Elvis Presley’s Best Man, Best Friend, and 20 Year Road Manager Joe Esposito was drawn to John Krondes and instinctively took over the management and promotion of the John Krondes and Elvis Hit Making Team project until his death in 2016. The Krondes story continues to stupefy people and mystifyingly unfold as a series of unexplained events. It all began with THE END which is now a New Beginning for the Memphis Rock and became the vehicle that sparked the reunion of the Elvis Presley music entourage back to the studio. John Krondes’ father Jimmy Krondes co-wrote THE END a/k/a “At The End Of A Rainbow” which was originally recorded by Earl Grant and became an international hit in 1958. Elvis Presley also chose this timeless love song to sing to Priscilla Beaulieu on the night they met in Germany. Fatefully, decades later the composer’s son John Krondes wound up meeting the Jordanaires and recorded his dad’s Big Hit THE END with them. The strong airplay on radio stations all over the world ended up attracting the rest of Elvis Presley’s musicians and singers. Radio Stations from Ireland, to the UK, and other intercontinental destinations were playing THE END by John Krondes. Singer / Songwriter John Krondes has been on a determined Rock ‘N Roll Mission to complete the unfinished work of his father Jimmy Krondes and Elvis Presley for to save the lost Memphis Sound.

Inexplicably, John Krondes has all the original Elvis Presley musicians and singers on dozens of new recordings, the first since 1977. Included on the Krondes music masters are the TCB Band, American Sound Studios Band, DJ Fontana, Ronnie Tutt, Jordanaires, Stamps, Imperials, Sweet Inspirations, Elvis Horns, and more. Amazingly, viral news says John Krondes has amassed a treasure chest of close to 100 New Recordings with the Presley Hit Team. Several music business experts agree that the John Krondes recordings are priceless. Aside from the fact they are powerful recordings, John Krondes has unknowingly captured irreplaceable moments in time and history. Krondes has Elvis musicians like DJ Fontana, Ronnie Tutt, the original Jordanaires, and many others on new recordings, and many have passed in the process making these new master recordings all the more valuable. In a nutshell, what John Krondes has been achieving over the past decade is on par with similar “impossible” requests to put the original Beatles and Van Halen back together. All the fortunes of Bill Gates, Warren Buffet, and Richard Branson couldn’t make that happen. But by a series of continual unexplained reasons, or as some suggest Orders From Rock ‘N Roll Heaven, John Krondes has bewilderingly been able to MAKE THE IMPOSSIBLE POSSIBLE.

The music industry and fans around the world are stumped at how John Krondes has been able to tackle such impossible feats. Speaking of the impossible; “It’s Impossible” is one of the magical new songs in the John Krondes collection. It was TCB Joe Esposito who ordered this song to be recorded by John Krondes and the Elvis musicians. In another twist of fate, Jimmy Krondes (John’s Dad) was the person who actually showed the song “It’s Impossible” to Perry Como while working at RCA Records. Jimmy Krondes got Perry Como to sing the song, and promoted it for RCA ,which became his biggest hit. Elvis Presley, and many other greats subsequently sang “It’s Impossible”. Knowing of the special connection of Jimmy Krondes, Perry Como, and Elvis Presley to the song, Joe Esposito found it of high importance for John Krondes to make a new recording in their honor. Joe Esposito and Publisher Bo Goldsen of Criterion / Universal Music helped launch the start of a new wave of recordings such as “It’s Impossible”, “My Way”, “Welcome To My World”, “Always On My Mind”, and several originals just prior to their deaths in 2016. These songs and others are being completed now in 2022 with recording of the horns and strings.

Psychic To The Stars John Cohan who has current readings into Paul McCartney, Mick Jagger, Prince Harry and Meghan Markle, explains the John Krondes phenomenon stating, “this was supposed to happen. John Krondes meeting all of Elvis Presley’s musicians and making new music was not at all an accident. It’s all in the cards, it’s predestination, and It’s All Connected”.

Don’t worry fans, the John Krondes music train is still on the run. Although some of the original Elvis Presley musicians have passed, the Hit Team project has become a major casting call. Many more music legends like Liberty Devito, Richie Canatta, and others are surfacing to carry on the next chapter of the Memphis Rock with John Krondes and remaining Presley players. There’s a lot more music and Rock ‘N Roll News coming from the John Krondes team. Keep watching and stay connected to John Krondes and the Elvis Hit Making Team!