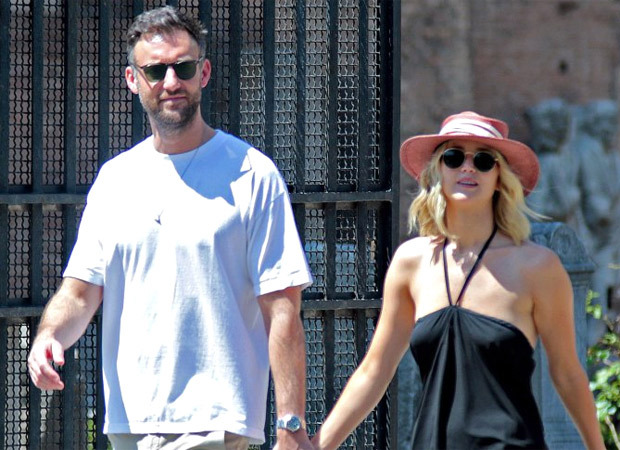 Hollywood actress Jennifer Lawrence is pregnant and is expecting her first child with husband Cooke Maroney. As reported and confirmed by PEOPLE, the Don’t Look Up actress is going to be a mom.

Lawrence and Maroney were first linked together in June 2018 and got married a year later in 2019 in Rhode Island. Cooke Maroney is an art dealer.

While speaking on Catt Sadler’s podcast, Naked with Catt Sadler, in June 2019, Lawrence called Maroney “the greatest human being I’ve ever met” adding that “he really is, and he gets better.” When asked about how she knew Maroney was “the one,” Lawrence replied, “It’s just — this is the one, I know that sounds really stupid but he’s just, he’s — you know. He’s the greatest person I’ve ever met, so I feel much honored to become a Maroney.”

However, back in 2017, when Lawrence was promoting her film Mother!, E! asked the actress if she was feeling “the pangs of motherhood,”. In her style, she replied, “Not at all, they are actually getting less and less as I get older, which is starting to worry me. I don’t think that’s how it’s supposed to work!” adding, “When I was 21 or 22 I was like, ‘I can’t wait to be a mother. Now I’m like… [Shocked face].”

On the work front, Lawrence last featured in in the superhero film Dark Phoenix.  Lawrence will next produce and star in Lila Neugebauer’s independent drama Red, White and Water. She is slated to appear alongside Leonardo DiCaprio and Timothée Chalamet in Adam McKay’s comedy film Don’t Look Up for Netflix, and will portray the mafia informant Arlyne Brickman and Hollywood talent agent Sue Mengers in Paolo Sorrentino’s film adaptation of Teresa Carpenter’s book Mob Girl and untitled biopic, respectively. Lawrence will additionally star in and produce Luca Guadagnino’s film adaptation of the novel Burial Rites, about the last woman to be executed for murder in Iceland.