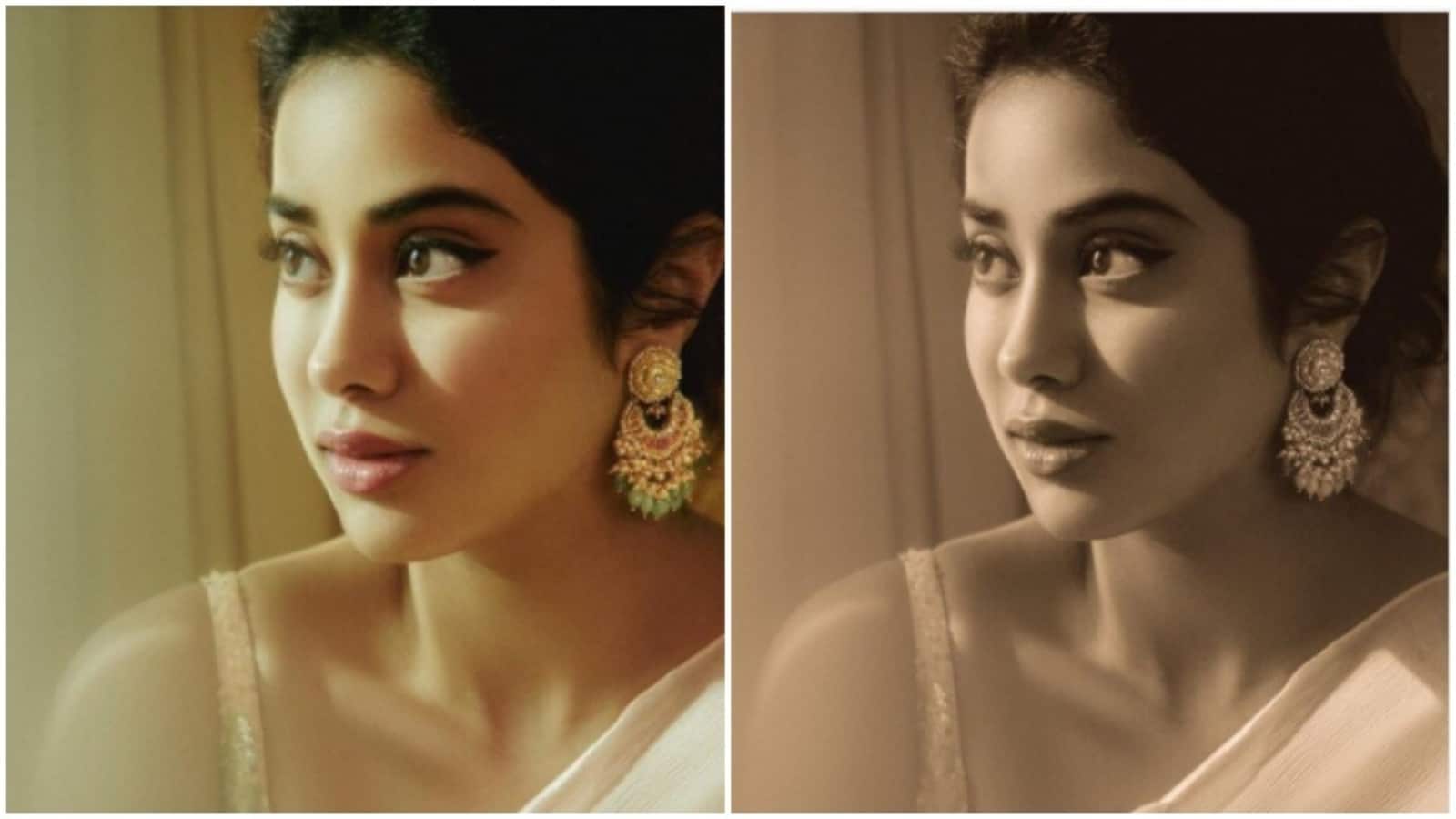 Janhvi Kapoor is giving us all the vibes of the golden era of cinema. The actor, who always manages to sway us away with her sartorial choice of fashion, just did it again. This time in a saree, the actor posed for the camera and made her Instagram family swoon like anything.

When it comes to Janhvi, she can own any attire and make it look better. Be it a comfy casual pair of shorts and a cropped top or the six yards of grace – Janhvi’s fashion sense goes beyond traditional and casual.

On late Sunday, Janhvi made our weekend better with a fresh set of pictures featuring herself in a traditional ensemble. The actor played muse to fashion designer Manish Malhotra and dressed up in a stunning saree from the designer’s wardrobe.

ALSO READ: In shades of neon, Janhvi Kapoor’s fashion is a weekend getaway for us

To the eggshell beige saree, Janhvi added a shimmery embroidered silver blouse and posed for the cameras, all the while looking absolutely stunning. “Can I pretend to live in the 50s forever,” the actor accompanied the pictures with these words. Take a look at her pictures here:

The saree is attributed to Manish Malhotra designs. The designer is known for his collection of bridal attire, couture and menswear. He is best known for reviving lost fabrics and for promoting regional handicrafts. The saree, adorned by Janhvi in the pictures, is priced at a whopping ₹110000 in the official website of the designer house. Take a look:

Janhvi’s pictures were flooded with likes and comments from her Instagram family in no time after being posted. The best comment came from the designer himself. Manish Malhotra dropped in to agree to Janhvi’s caption and wrote, “I would love to, as well the beautiful and classic 40s, 50s.”