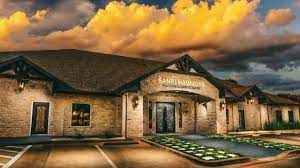 I respected Ivana as a strong and brilliant entrepreneur, but mostly, I admired her integrity”

Ivana Trump died at the age of 73 on July 14, 2022, due to injuries she sustained after apparently falling on a spiral staircase inside her New York townhouse.

Ivana Trump divorced Donald Trump (the 45th president of the United States) in 1990.

Two years after Donald Trump launched The Apprentice, Ivana began work on her own reality TV show, the then-named: The Ivana Trump Project. Ivana contacted Hammons because she was looking for a successful businesswoman to appear on her show which eventually aired under the title Ivana Young Man.

Trump’s producers pursued Hammons following her rise to prominence as a pioneer of the permanent makeup industry and becoming the go-to permanent makeup artist for many notable celebrities including Michael Jackson among others. Hammons had also gained notoriety as a female entrepreneur after founding the American Institute of Intradermal Cosmetics and Premier Pigments.

Hammons went on to create several reality TV mini-series herself, including So You Think You Can Sell, The VP Contest and The Permanent Makeup Apprentice.

“I respected Ivana as a strong and brilliant entrepreneur, but mostly, I admired her integrity,” said Hammons. “Ivana was direct, honest, and was never swayed from her convictions by the influence of her critics, the media, or others. More impressive than her business savvy was her courage. At the age of 22, she moved from Czechoslovakia to Austria, then Canada and ultimately the US. It was that same courage that enabled her to navigate and succeed in the male-dominated real estate environment throughout the 80s and 90s.”

“My admiration for Ivana is endless” added Hammons, “and my sincere condolences to her ninety-six-year-old mother, Marie, and to her children and grandchildren.”