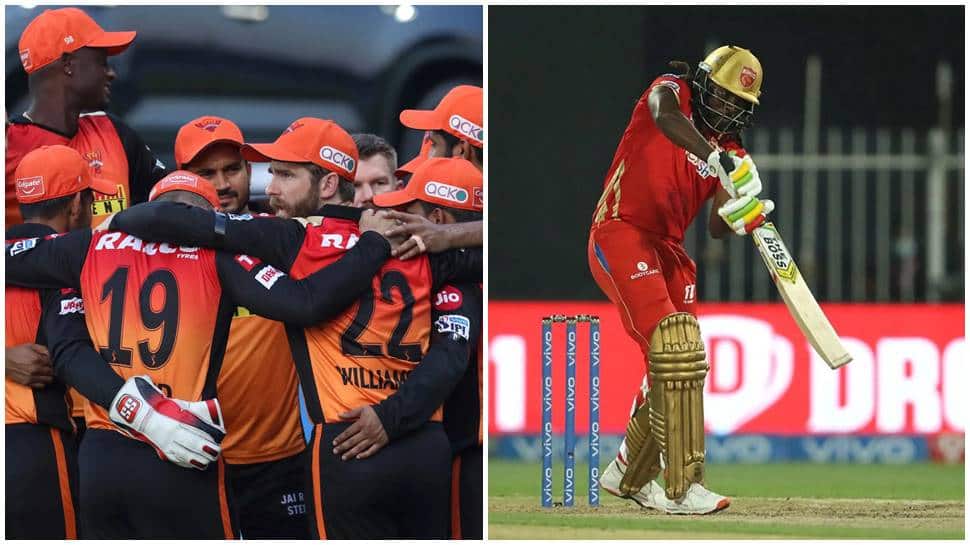 After enduring a tough two-run defeat against Rajasthan Royals in their previous encounter, KL Rahul-led Punjab Kings will look to get things back in order in their Indian Premier League (IPL) clash against Kane Williamson’s Sunrisers Hyderabad.

However, looking at the current scenario with Punjab’s in-form openers KL Rahul and Mayank Agarwal back in the dugout, SRH have attained the upper hand at the moment. Windies cricketer Chris Gayle, who is playing his first match in the second phase of the lucrative T20 league, also failed to make a mark, scoring just 14 off 17 balls.

The left-handed batsman, who tried to maintain a slow approach unlike the one he’s renowned for, was trapped LBW by spin wizard Rashid Khan, pushing Punjab on back foot.

Williamson, on the other hand, went on to reveal the reason behind opting to field first. The Kiwi cricketer feels that due will have some role in the contest, considering the size of the venue. He also revealed SRH’s tactics, adding the momentum can change in their favour if the unit sticks tight.

“Chances of dew coming in later on and it’s a small ground. We will try to restrict them to a low score. it’s about staying tight together and making small adjustments. It’s important to keep coming up with that energy and at times it’s easy to reflect on past performances where we have done better but we need to play with that freedom,” he said.

Both the teams are languishing seventh and eighth respectively on the points table and the game will have big ramifications for both sides if they are to keep the playoffs dreams alive in this season.

Share
Facebook
Twitter
WhatsApp
Previous articleAlia Bhatt, Sidharth Malhotra, Janhvi Kapoor rejoice as Maharashtra Government announces reopening of theatres
Next articleCovid-19 booster shots are here, and so is the angst over who gets one
RELATED ARTICLES
Sport