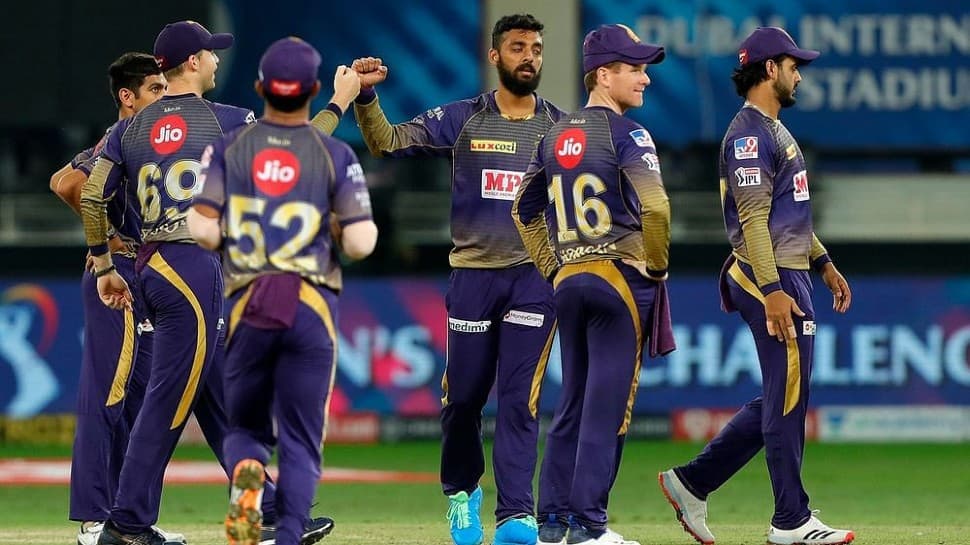 As a result, KKR will now lock horns against Chennai Super Kings (CSK) in the IPL 2021 final on Friday at the Dubai International Stadium.

Chasing 136, KKR got off to a solid start as openers Venkatesh Iyer and Shubman Gill put on 51 runs inside the first six overs. Both batters kept on scoring runs steadily and at the halfway mark, KKR’s score read 76/0, still needing 60 more runs for the win.

DRAMA IS OUR FAVOURITE GENRE!

Iyer continued with his brilliant form and he brought up his half-century in the 12th over of the innings. It was Kagiso Rabada who finally ended Iyer’s (55) innings with KKR still 40 runs away from the target.

Marcus Stoinis came out to bat at number three and along with Dhawan, the duo put on 39 runs for the second wicket. However, as soon as Delhi started to gain an upper hand, KKR got the breakthrough of Stoinis (18) as Shivam Mavi dismissed the right-handed batter. Soon after, the set batter Dhawan (36) was sent back to the pavilion by Chakravarthy, and Delhi was reduced to 83/3 in the 15th over.

KKR managed to maintain a stranglehold over DC batters and this further resulted in the dismissal of skipper Rishabh Pant (6) and the task of reaching a competitive score rested on the shoulders of Shreyas Iyer and Shimron Hetmyer. In the final three overs, Delhi Capitals managed to score 36 more runs and as a result, the side posted a score of more than the 130-run mark.

Share
Facebook
Twitter
WhatsApp
Previous articleIPL 2021, Qualifier 2: KKR defeat DC by three wickets, reach final after seven years
Next articleMeghan Trainor on getting side by side toilets with husband Daryl Sabara: The best thing I ever did
RELATED ARTICLES
Sport