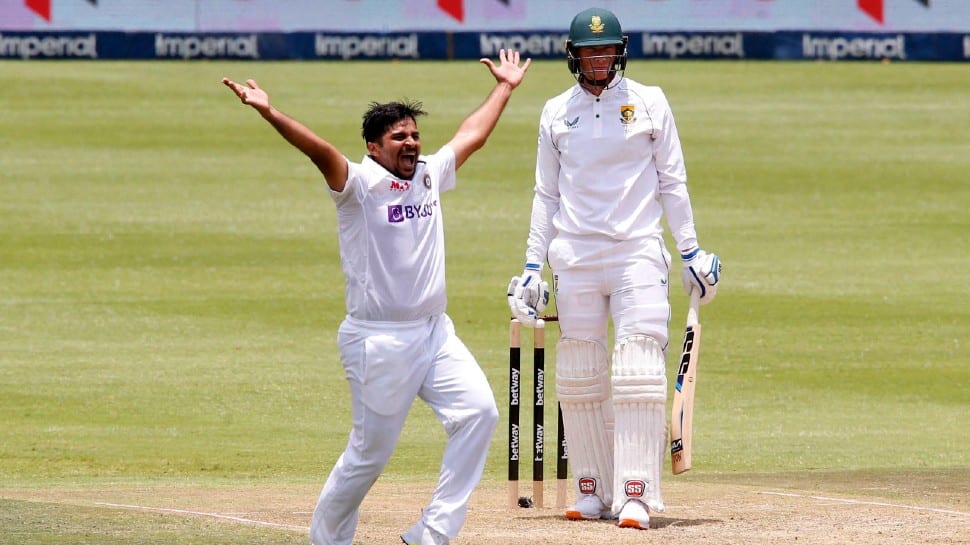 Team India pacer Shardul Thakur and his sensational figures of 7/61 got the visitors roaring back into the contest on Day 2 of the second Test against South Africa at Wanderers in Johannesburg on Tuesday (January 4). Thakur completed his maiden five-wicket haul in Test cricket and helped bundle out South Africa for 229 as India conceded a lead of just 27 runs.

The Mumbai and former Chennai Super Kings seamer now holds the record for best innings figures among Indian bowlers in South Africa. He overtook Harbhajan Singh in the process, who had scalped 7/120 in the Cape Town Test during India’s tour in 2010-11.

Thakur now also holds the record for best bowling figures by an Indian against South Africa in a Test innings. He went past Ravichandran Ashwin to go top of the charts in this category.

The pacer’s show also saw him script a unique feat as he now has the joint-best figures by any bowler at the venue since South Africa’s re-admission in 1992. Former England pacer Matthew Hoggard had returned with the exact figures against South Africa, a feat which he completed in 2004-05.

Thakur might have registered the best bowling figures in Test cricket by an Indian against South Africa but the pacer feels his best is ‘yet to come’ in the longest format. When asked about his performance, Shardul replied, “Yes it is my best figures but my best is always yet to come I would say.”

From Centurion to Johannesburg

At stumps on Day Two, India’s scorecard reads 85/2 with Pujara (35 not out) and Rahane (11 not out) at the crease. Just like Day One, 11 wickets fell on the second day as Shardul Thakur dominated the proceedings on Tuesday.

“My performance in domestic cricket with red-ball cricket and white-ball cricket has been rewarded. Whenever given an opportunity to play for India, I am always up for it and especially in Test cricket as it is the purest form of the game,” said Shardul in the press conference after the end of the day’s play.

“Whenever I am playing red-ball cricket my energy is same and I m willing to take wickets for the team,” he added.

Shardul Thakur also recalled the impact his childhood coach Dinesh Lad has had on the all-rounder. “Yes obviously he (Dinesh) has had a lot of impact on my cricketing career, he is a second parent to me. He provided me with the exposure, offered me an admission in a school in Borivali and since then my life has changed,” said Shardul.

India in the second innings got off to a bad start as stand-in skipper KL Rahul was dismissed in the seventh over. India’s problem further increased when Mayank Agarwal offered no shot and was given LBW out in the 12th over.