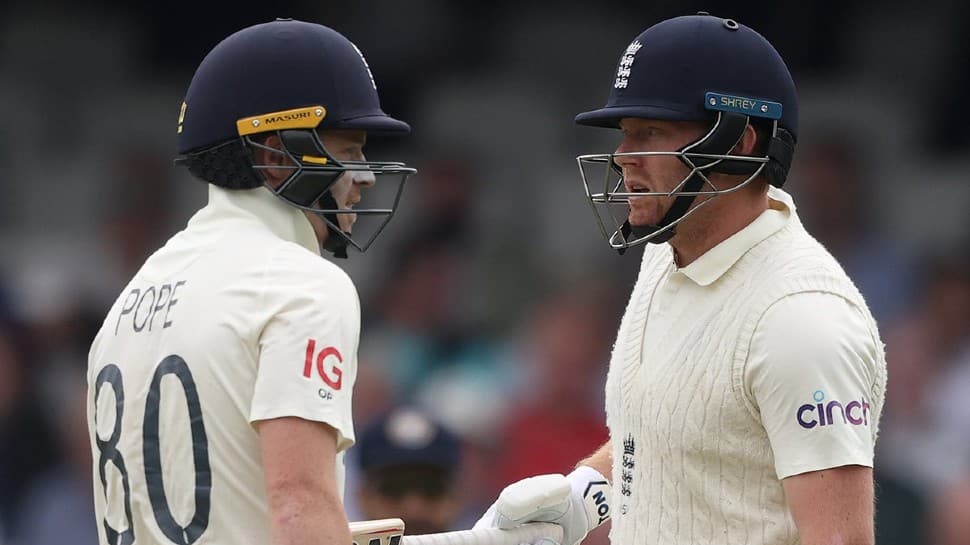 It’s the fifth and final day of the fourth Test between India and England at the Oval and it’s going to be challenging for both the teams as hosts need 291 runs to win, while Virat Kohli and co. require 10 wickets to clinch the match.

Chasing 368, England openers Rory Burns and Haseeb Hameed saw out the first ten overs, managing to score 20 runs. In the end, both these openers saw out 32 overs on the fourth day and ensured that the hosts enter the final day with all wickets intact.

Earlier, Rohit Sharma, Cheteshwar Pujara, Rishabh Pant, and Shardul Thakur all registered scores of more than 50 as India set a target of 368 for England on Day 4 of the ongoing fourth Test here at the Kennington Oval on Sunday. Umesh Yadav and Jasprit Bumrah also played cameos of 25 and 24 as India posted a score of 466 in the second innings, extending the lead to 367. For England, Chris Woakes returned with three wickets.

Resuming the third and final session at 445/8, Bumrah added five more runs before being dismissed by Chris Woakes and this brought an end to the 36-run stand for the ninth wicket. In the end, India was bowled out for 466 in the 149th over. The final wicket to fall was of Umesh (25) and he lost his wicket to Craig Overton.

Earlier, Pant and Thakur piled on the misery on England bowlers as India reached a dominant position in the second session. At tea, India’s score read 445/8– a lead of 346 runs with two wickets in hand. For the visitors, Umesh Yadav (13*) and Jasprit Bumrah (19*) are currently at the crease. Resuming the second session at 329/6, Pant and Thakur added 46 more runs inside one hour and this put the English bowlers on the back foot, with the visitors extending their lead to more than 250. Shardul carried on with his form and he brought up his second fifty of the match in the 134th over.

England skipper Joe Root finally brought about the dismissal as he sent Thakur (60) back to the pavilion, ending the 100-run stand for the seventh wicket, reducing India to 412/7. Pant (50) also registered his half-century in the 138th over of the innings, however, as soon as he reached the landmark, the left-hander ended up losing his wicket to Moeen Ali.

Ravindra Jadeja, Ajinkya Rahane, and Virat Kohli might have lost their wickets but India extended their lead to 230 in the opening session. Overnight batters Kohli and Jadeja added 26 more runs to the total, before Jadeja (17) was trapped in front by Chris Woakes, ending the 59-run stand for the fourth wicket, and this brought Rahane to the middle.

Rahane (0) failed to open his account and he just last for eight balls as Woakes also had him trapped in front and India was reduced to 296/5 with the lead at 197. Rishabh Pant then joined Kohli in the middle and the duo put on 16 runs for the sixth wicket, but Moeen Ali cut short Virat’s (44) knock in the 111th over.